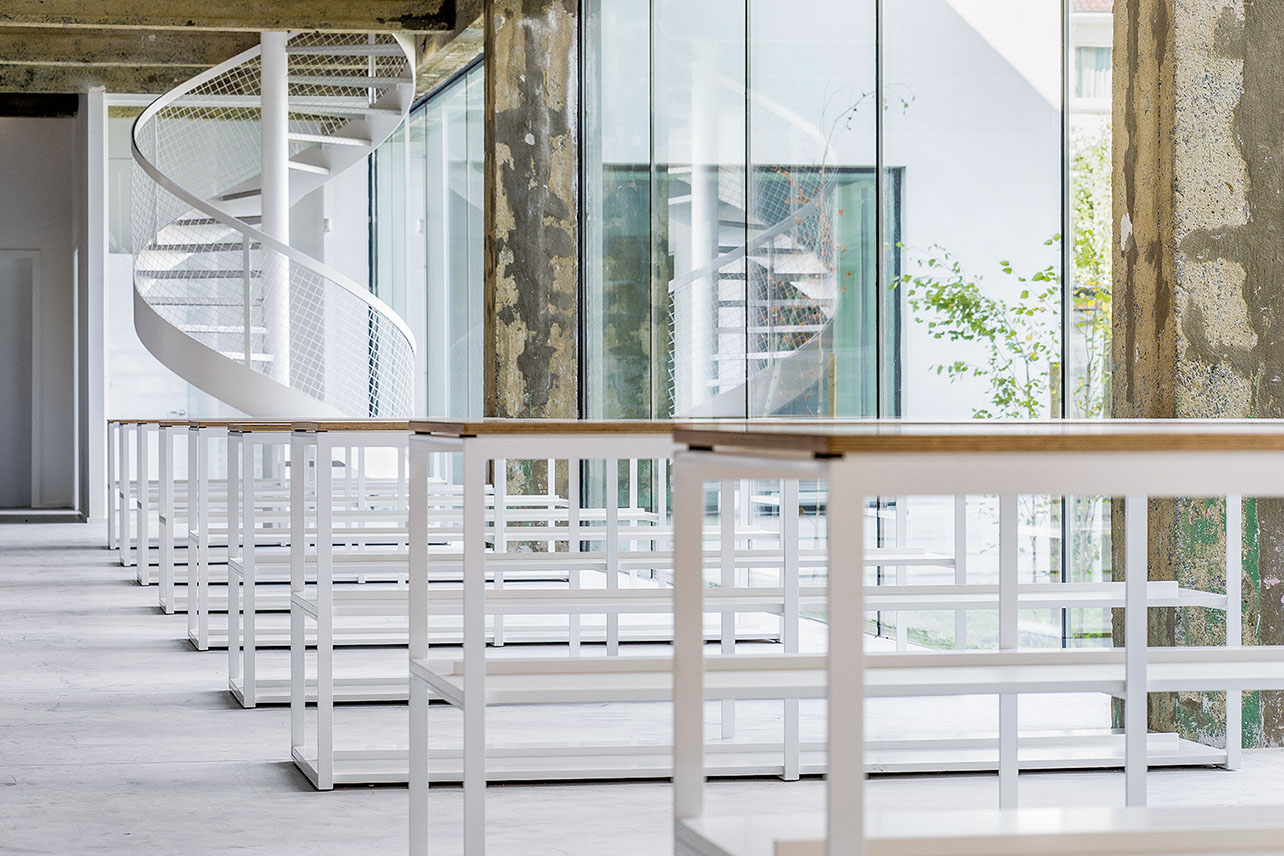 The Charles Malis project is an architectural intervention that shows a deep respect to the existing elements, does not remove any of the essential elements and transforms an industrial structure into a local public administration facility. Thus, two of the buildings of the industrial ensemble on Charles Malis Street, in the Belgian commune of Molenbeek-Saint-Jean have recently been subjected to a favorable transformation.

The densely peopled, multicultural commune is located North of Brussels and has a heterogeneous character, and an excellent social texture, ideal for the durable architectural gesture of reusing buildings instead of demolishing them and building new ones. The commune has a rich culture and the project is the result of the collaboration between three architect teams: WILLOCX + LD2 + MAMOUT.

The design theme consisted in the conversion of a cigarette manufacturing complex into a unit of the local public administration.
The program contains a waiting room, 12 counters open to the public and the administrative offices. 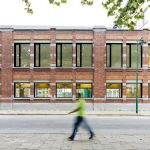 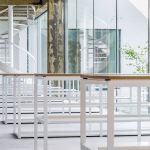 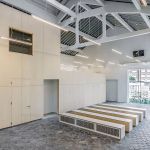 The integration of a specific program in a generic building involved a deep understanding of all possible declinations of the notion of adaptation. An architecture project is a living process. In this case it involved adapting the theme to the existing building, as well as the existing building to the project. The industrial heritage that supported the intervention is a fertile resource. It can instrument the project decisions, as the identity and complexity of the buildings is revealed.

Two distinct volumes, with their own structure and a specific spatial identity, linked together by a decorative facade of ornamental bricks and blue stone constitute the existing building.

“The proposal takes advantage of the existing situation, introducing the program in a fluid and logical arrangement in the existing structure, without modifying it. The hall-shaped volume becomes the new public entrance, making public street service obvious due to its original spatiality, while the more rational horizontal volume houses the counters and offices on two levels” – MAMOUT architectes. 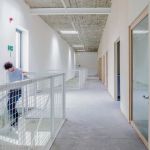 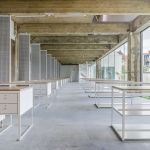 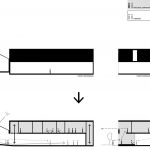 The waiting room invites the people on the street to feel that this space belongs to them. Designed as an extension of the commune space in the interior space of the building, it affirms the qualities of an intermediate territory configured so as to communicate the mission of the communal endowment. The modular countertops are aligned with the concrete beams of the ceiling.

The public-administration interface space is balanced in size both for visitors, who are the users and beneficiaries of the program, and for employees. The administrative offices, located upstairs, are connected functionally by corridors and spatially by visual connections to the counters area. Designed as a generous space for informal gatherings, the hall generates an efficient and user-friendly way of working. The function follows the existing structure by enriching it through the experimentation scenarios proposed by the project.

However, although the existing structure was not affected, the façades and layers of the building envelope were greatly improved, in order to achieve high energy performance and to provide comfort to visitors and employees. The luminaires of the counters and those in the office spaces are reusable and come from ROTOR. The floor tiles in the waiting room are the recovered and recut bruseleye tiles.

“Our association has developed a common vision according to which the sustainable renovation of built heritage is the crucial issue of 21st century architecture in Europe. In a time when economic and ecological pressures are stronger than ever, the very fact of reusing a building is already the most economical and sustainable gesture” – MAMOUT architectes.