Álvaro Siza and Carlos Castanheira Are Building a Museum

The immense collection of the China Academy of Art – CAA – and the acquisition of many original works from the Bauhaus school dictated the creation of the China Design Museum of Bauhaus Collection. Architects Álvaro Siza and Carlos Castanheira began to work on the project of this museum in 2012, and the building was inaugurated in April 2018.

The museum space, of a Cartesian beauty that transcends the spirit of the eponymous movement, was conceived for the permanent collection and enriched with areas for temporary works and exhibitions. The architecture project, refined throughout a few years with the minuteness and kindness in intervention typical of the Lusitanian architect, despite not benefiting from very detailed technical requirements in the original theme, had at least three determinate elements: the collection, the place and the existing buildings in its immediate vicinity. 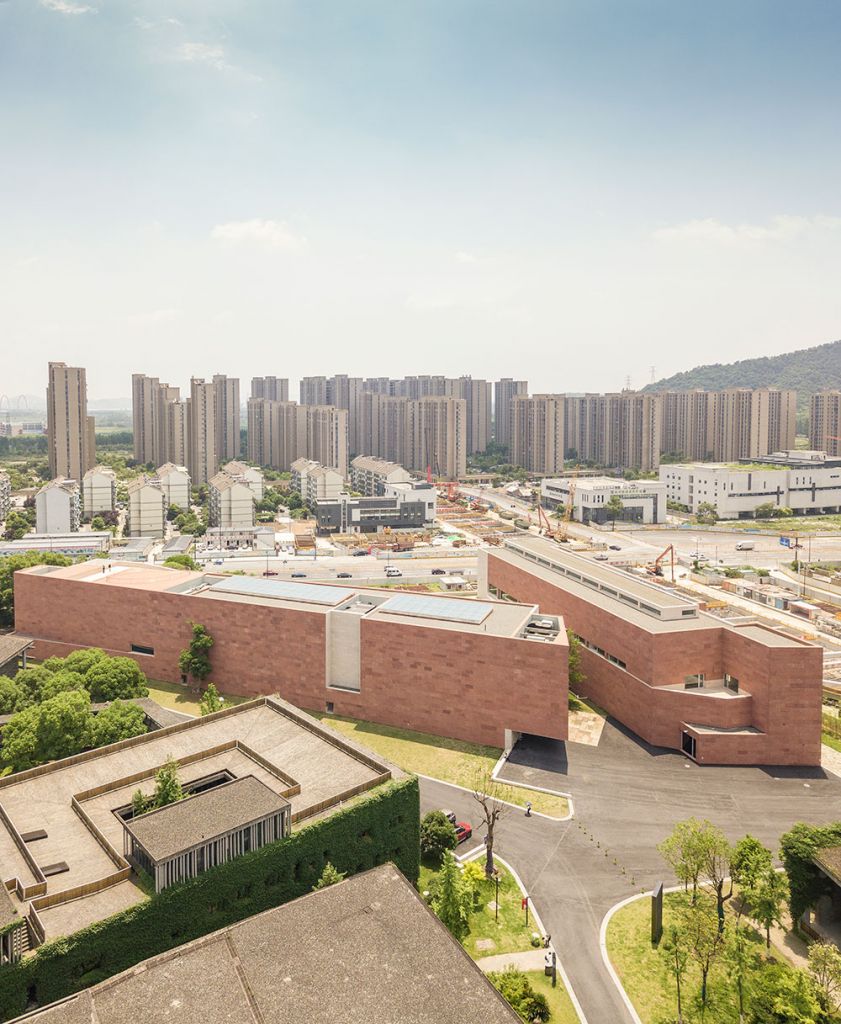 Thus, the idea of building exhibition spaces for the Bauhaus works constituted the spatial soul of the project and determined a distinct relationship between the contained elements and containing space, or, in other words, between the core and the shell. The architecture docilely submits to the display, sustaining it.

Placed on a triangular site, at the intersection of two main roads, the possible volume of the building was defined by the existing urban planning and environmental restrictions. Designed in order for its spatiality to quietly and modestly accompany the main collection, the ensemble adequately inserts itself into the built context, respecting the scale of the place. The calcareous Agra stone, originally from India, expresses the volumes of the museum through the homogeneous exterior cladding. The building appears like a gem with a russet exterior and a white interior. Parts of it, especially inside the triangular volume, are coated in white marble. The prismatic and pure white concrete, placed perpendicularly on the Southern limit, announces the entrance and brings a mineral light into the space. 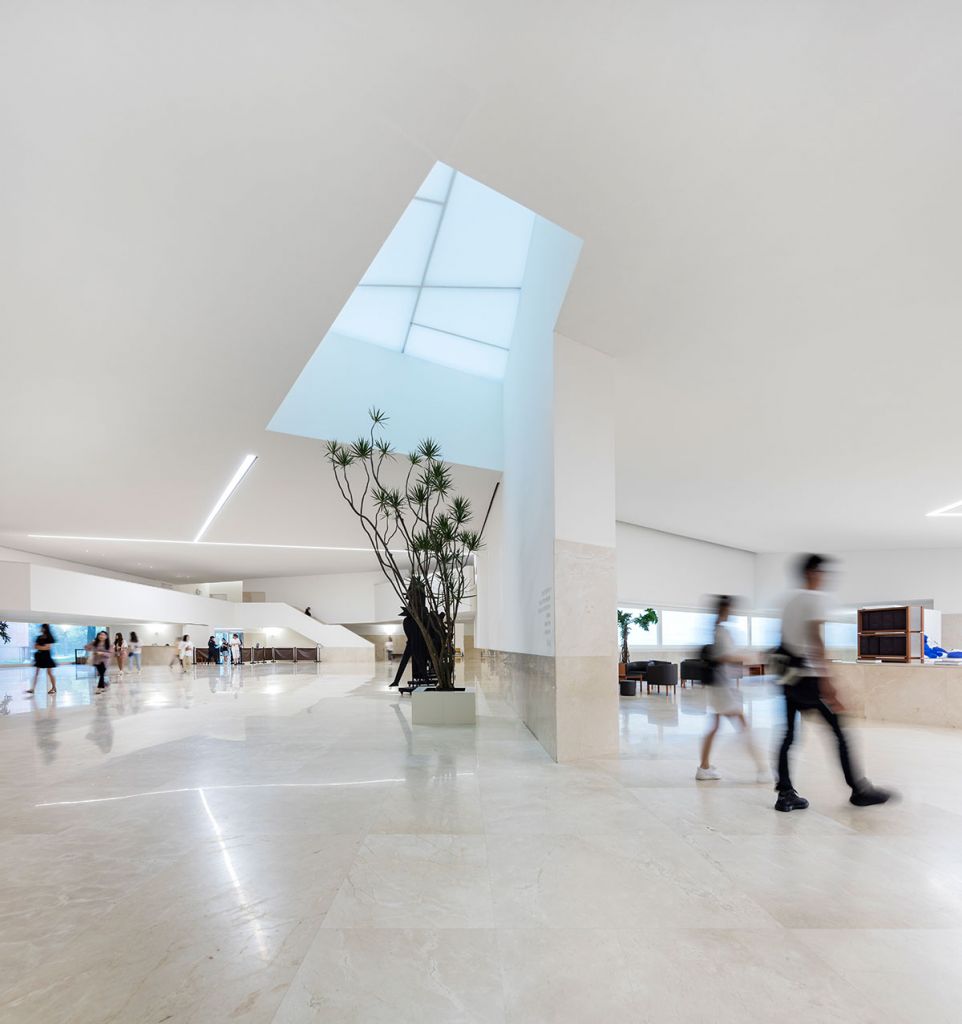 Two Hangzhou campuses are meant for the China Academy of Art. The first and older one is located centrally near West Lake, while the one on the outskirts of the city is more extensive and newer. Architect Wang Shu is the one who gave the new campus its spatial identity, a large part of the buildings of this educational ensemble being designed by him.

Carlos Castanheira declares: “When I began to work on this project, Wang Shu had not yet been awarded the 2012 Pritzker Prize. The help we received from him and his wife, architect Lu Wenyu, during the first stages of our endeavor – and even today – ws and continues to be fundamental”. 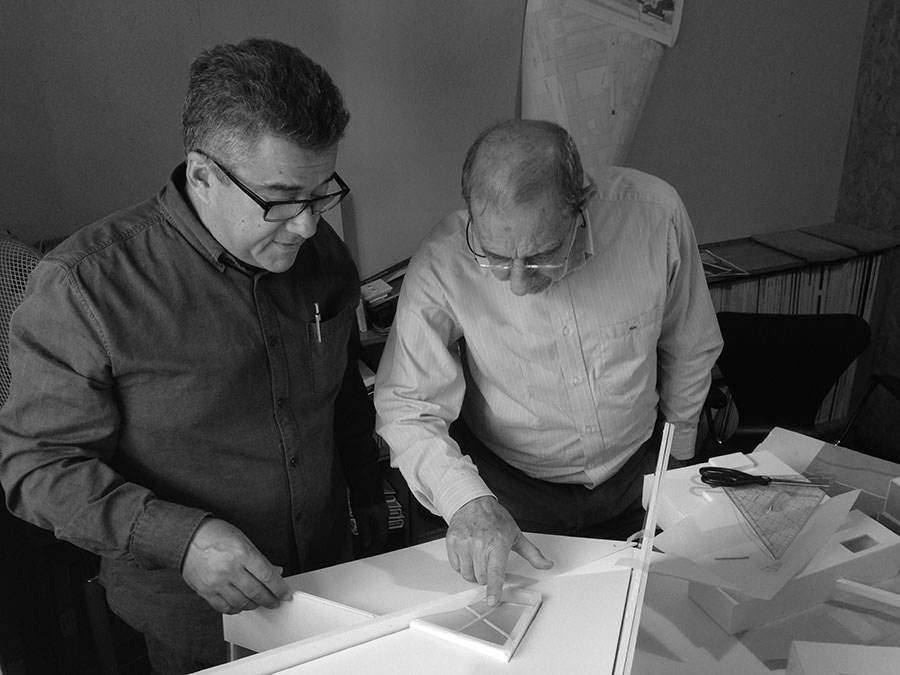