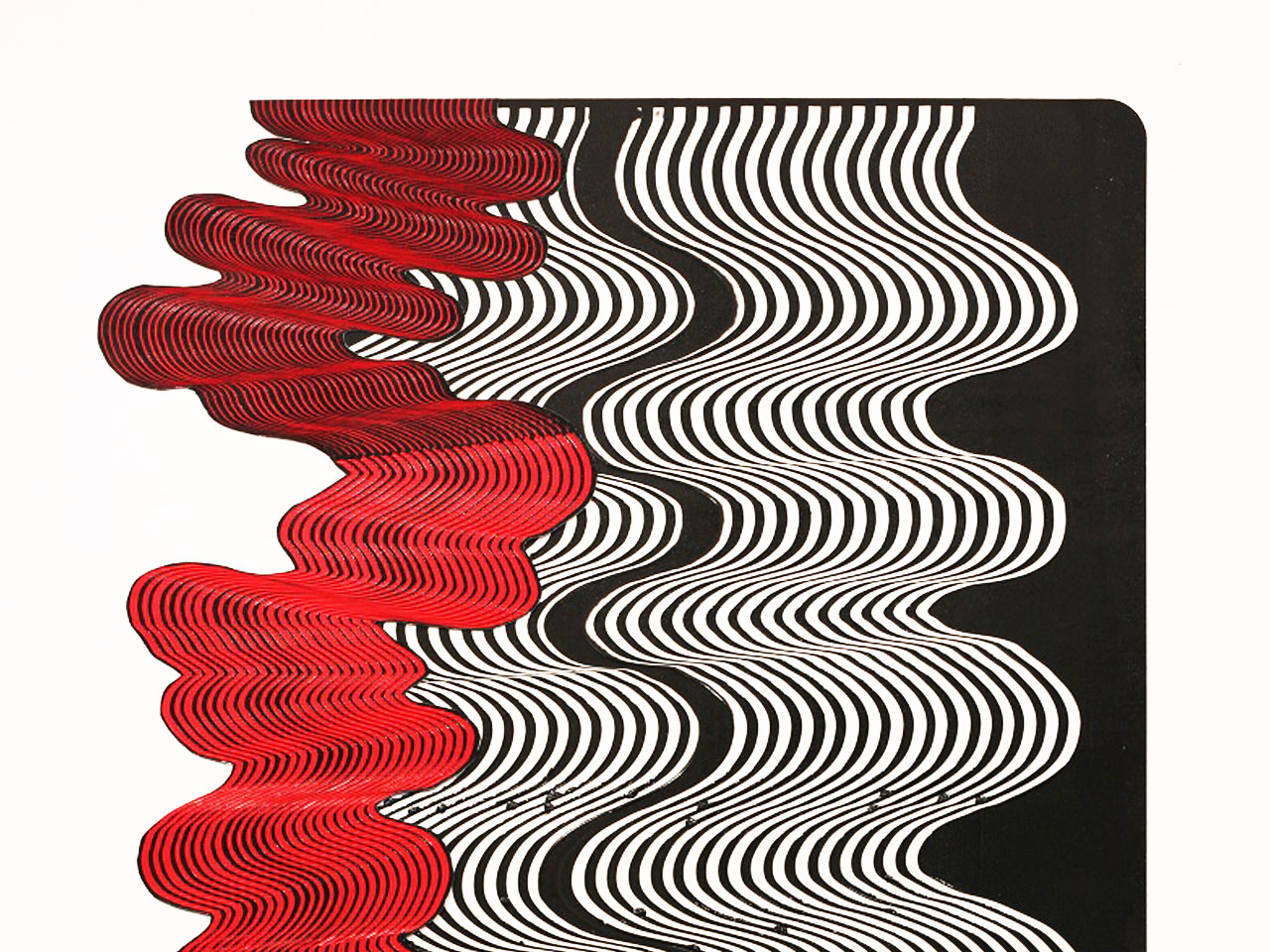 During 2017, American artist Sydney Cash created a series of Pattern Paintings. These oil paintings on paper are bonded onto sheet aluminum, making the paper ultra-flat, and allowing edges to follow any line.
„The year’s exploration shifted from a rectangular format by introducing rounded corners, and then having forms move through the straight sides” the artist says. As a result, the paintings have become more „object-like”. Not surprising, since Sydney Cash has always considered himself to be an „object” maker. At the end of the year, the paintings jumped in scale and even turned the corner. These paintings are in chronological order. 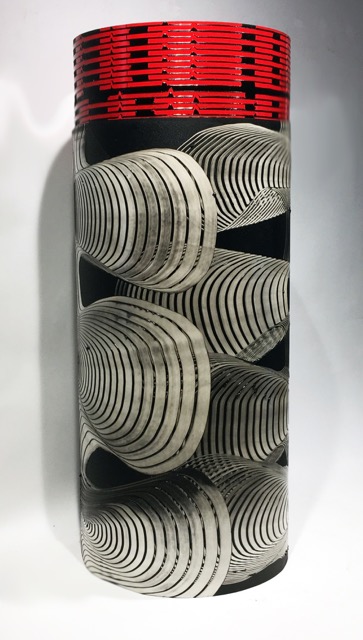 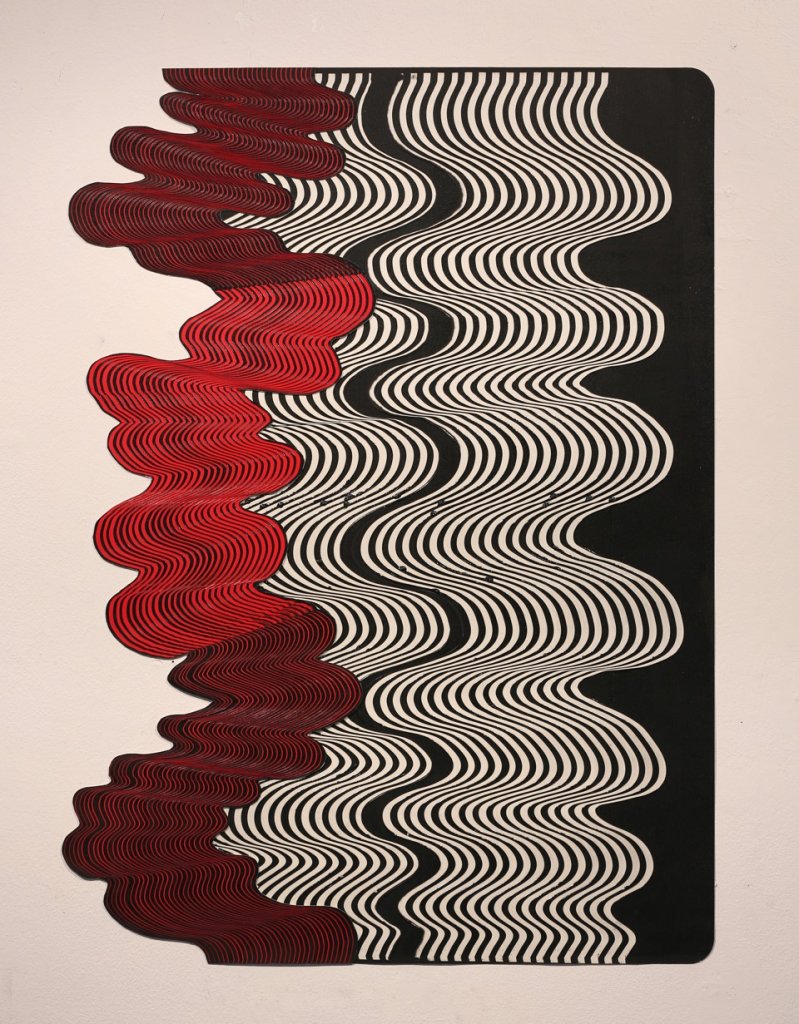 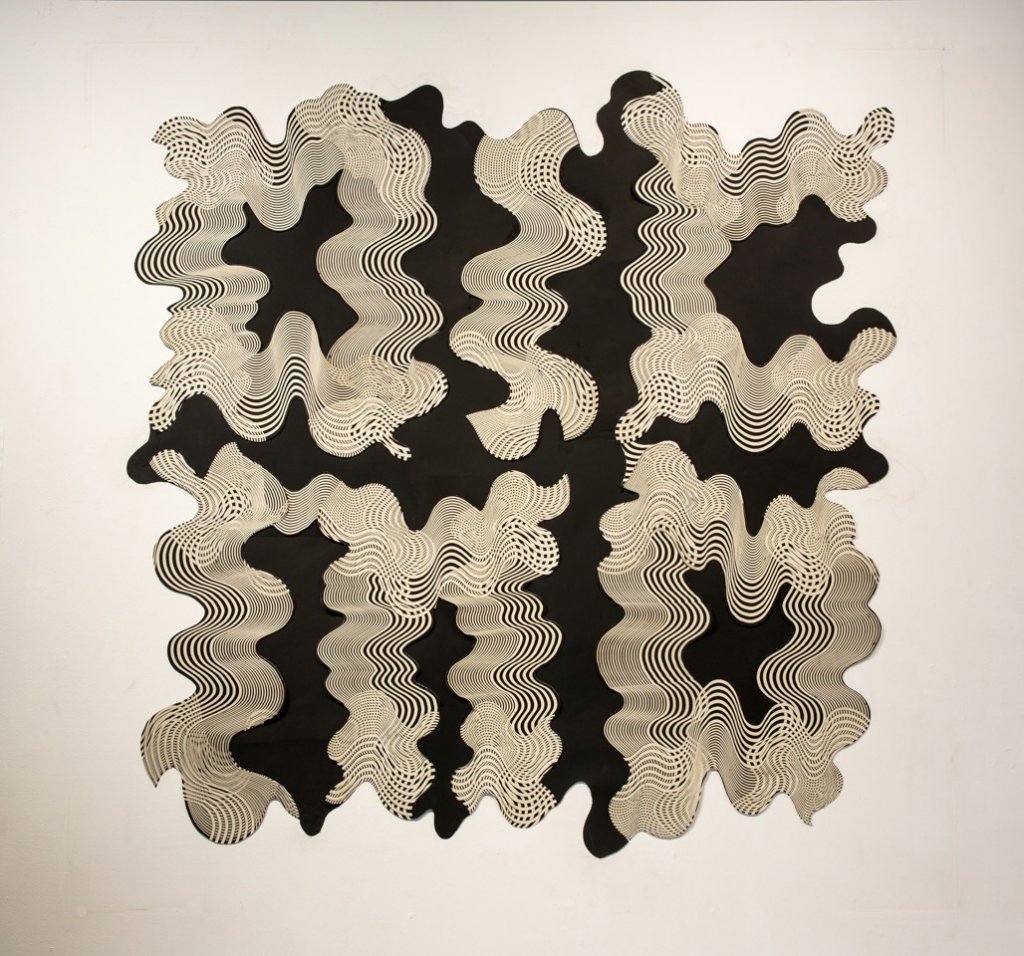 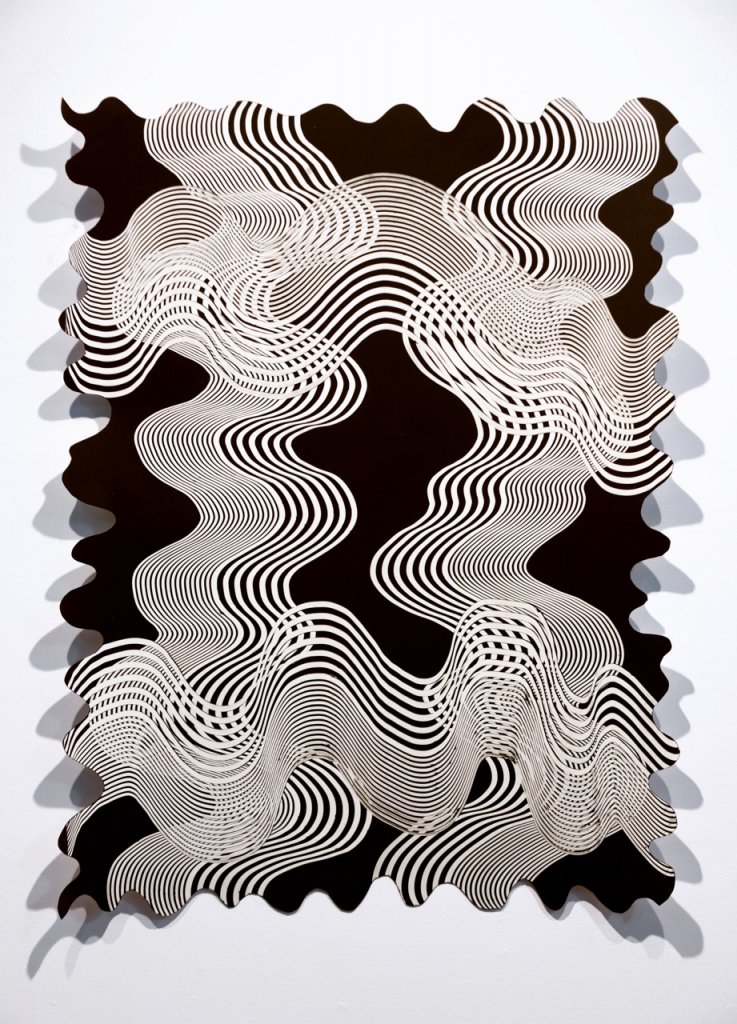 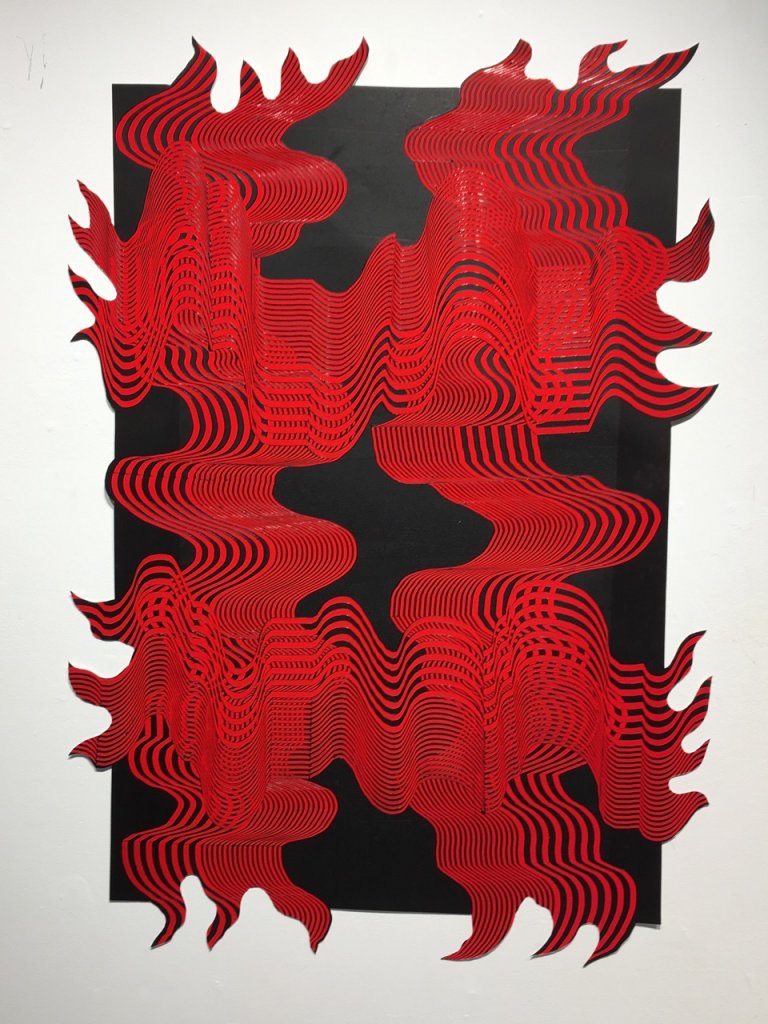 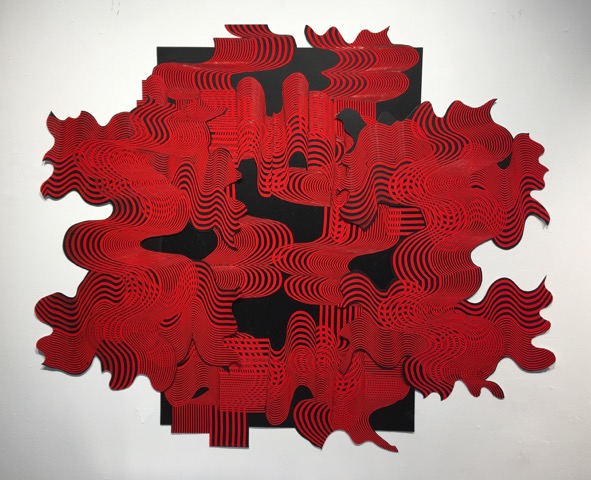 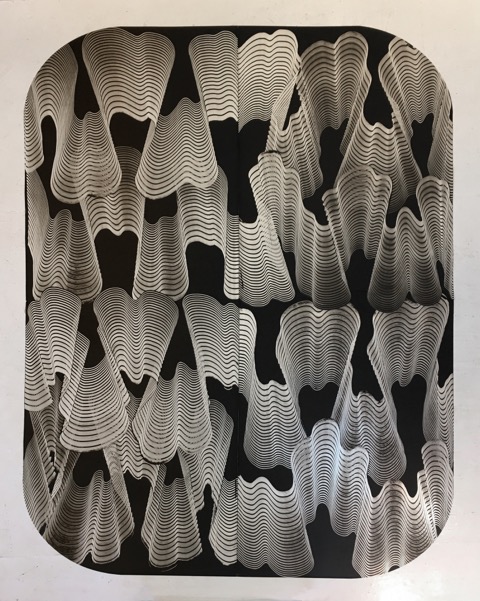 Sydney Cash’s work is in many public and private collections, including the Museum of Modern Art, the Corning Museum of Glass, and le Muse des Arts Decoritifs in Paris. His work has been commissioned by the Metropolitan Transit Authority, the Museum of Modern Art, the Falcon in Marlboro, New York, and many other private, public and corporate agencies. Cash’s work has been featured in numerous solo and group exhibitions in museums and galleries throughout the United States and abroad, including: OK Harris Gallery-NYC, Heller Gallery-NYC, Carpe Dium Gallery-Paris, Orlando Museum of Art, Retretti Art Museum-Punkaharju, Finland, Detroit Institute of Art. He has received a Pollock-Krasner Foundation grant, the Fellissimo Award, as well as fellowships from The National Endowment for The Arts and from the New York Foundation for The Arts.
His next project regards hand drawings and sketches from the ‘1970-s, to be published by The Rakow Library at the Corning Museum of Glass. Find more on Sydney Cash website. 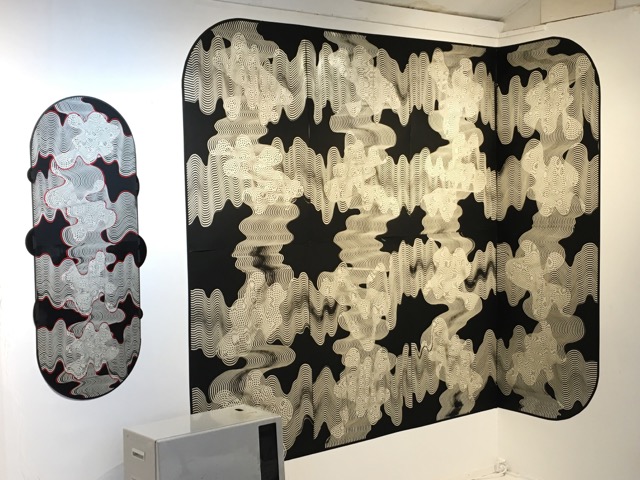