The Grossmann Villa, Brought to Life

The Grossmann Villa has an architectural beauty that is emblematic for the early Eclecticism of the Viennese persuasion. Located in the center of the city of Arad, the building was given a new life through an ample process of restoration and rehabilitation, being transformed into the headquarters of a communications company. The team of Mossfern Arhitectura worked on this project for four years with close attention and cultural resonance.

Benefiting from a balanced volume in two registers – ground floor and first floor – and placed on a street corner, the villa mediates between the to-and-fro of the street and the garden, the latter an atypical urban element in the context of the blocks in the central area of the city of Arad. The house is defined by a noble, quiet beauty. 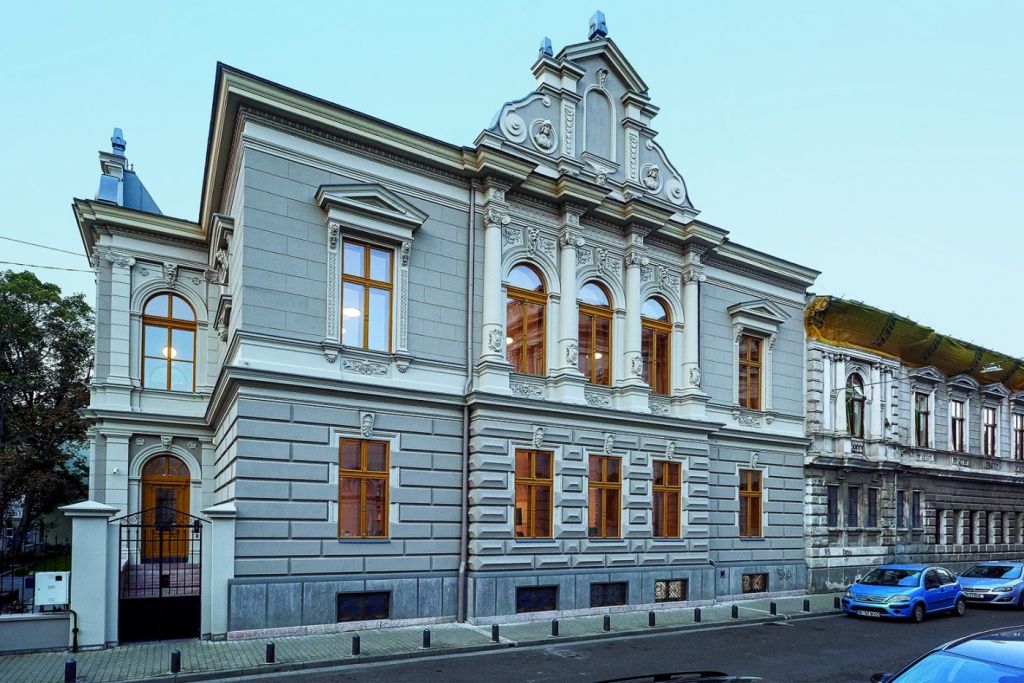 The trademark bays of the house, carefully restored, emphasize, through their proportion, shape and framing, the first floor – a noble storey. The symmetrical composition of the architectural layout centers on a main lobby that “fuels” the rooms. The functional organization of the recently completed restoration project maintains all the voids in their original position. Emphasized by the majestic woodwork, the doors and windows of the ensemble stun through their grace.

As any house that has seen several centuries, the Grossmann Villa enjoyed admiration and a luminous life, as well as many inadequacies and parasitic interventions, especially during the war and after its nationalization. Later, it was abandoned and fell into ruin. The authors of the restoration and rehabilitation project state that “The main challenges and questions that stood at the basis of the intervention were: What is the fate of the architecture of the dualist period? Will it still define the region? Even when it becomes distorted after losing its authenticity (through property fragmentation, inadequate materials, nylon carpentry, and the loss of its character)? The questions refer to the interiors and their environment. How can the potential and inclination from a century ago be adapted to the requirements and exigencies of today’s living standard?” 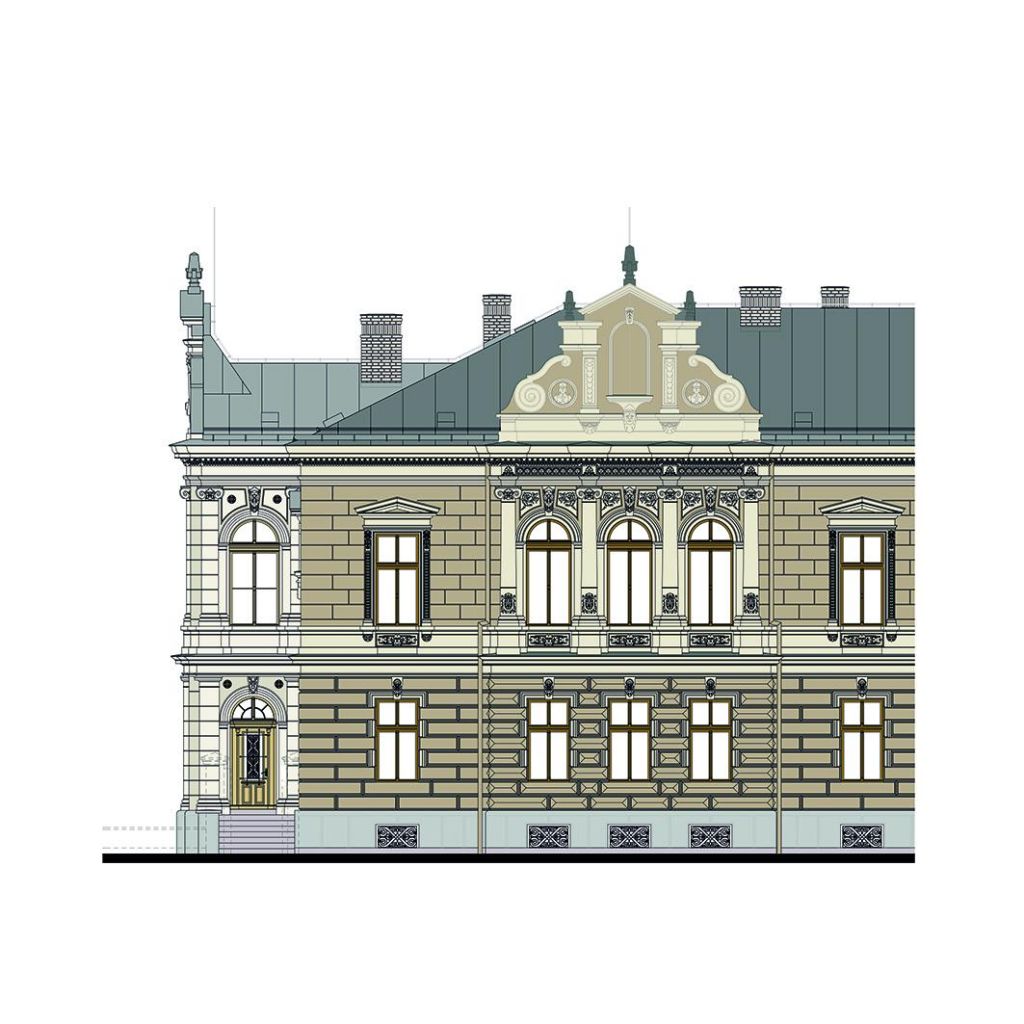 Thus, the architectural rehabilitation was historically documented and the character of the spaces was reanimated. The new elements – “devoid of any imitation or plastic references,” in the words of architects Macalik Arnold and Szilágyi-Bartha József – sincerely testify to the time period that they belong to, nevertheless respecting the empathy of the space into which they insert themselves. The conservation process approached the original material with kindness, respect and even great curiosity. Changes of elements, using original materials and techniques, were only operated in the case of severe degradation. Archive plates helped in the re-composition of the image of the building, with the access gate being a replica of the version in the original documents, dating from the authorization. 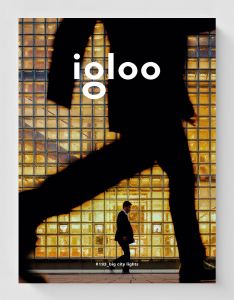