The Refuge on Mount Kanin

In the Slovenian mountains, there is a place where the gaze can cover, in a circle, Slovenia, Italy and the Adriatic Sea. Here, on top of a dizzyingly high rock, a refuge designed by the team of OFIS arhitekti was placed with great effort, with the help of engineers, the local authorities, the military and a considerable number of volunteers. The fact that it took an “army” of people to get the structure on top of the mountain is due to the radical changes in temperature, the abundant snow and the irregular site – important parameters that the architects had to be mindful of in designing and implementing the project. 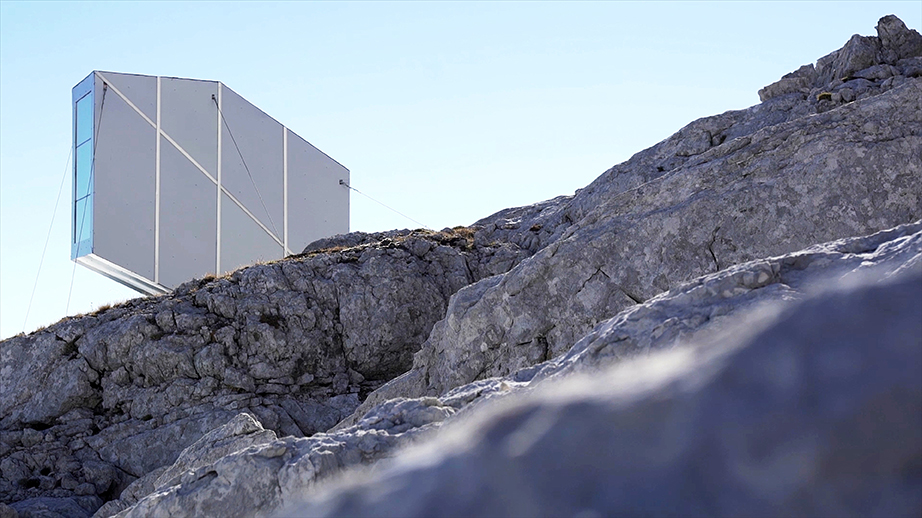 Kanin is the name of a mountain located above the Slovenian town of Bovec, covered in snow for more than six months a year, and therefore the project is called Kanin Winter Cabin and awaits mountain people, climbers or even romantic couples that venture at such dizzying heights.

The refuge presents itself as a compact wooden volume that houses its guests on three platforms consisting in the three levels. The wooden interior, austere and Minimalist, sits under the sign of functionality and is able to host up to nine people. The deer antlers are at the same time decorative and functional. The structure opens towards the extraordinary view thanks to a glazed cut-out, a symbolic window from which visitors can see that they are on top of the world. The greatest challenge of the project was, naturally, setting up the refuge on the top of the mountain, as well as the wish for the intervention to have a minimal impact on the environment. 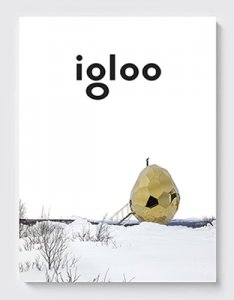