The larger, yet unpublished, series is called Walking the Yamanote Line. The Yamanote aboveground subway line surrounds the central area of the city of Tokyo. In 2015, I walked the streets near the subway line. This can be done in 12 hours. In total, I walked approximately 42 kilometers on side streets around the line, on bridges or through the tunnels under it.

I chose to explore Tokyo in this way because I had already seen most of the tourist attractions. Tourists tend to go to the same often photographed and promoted places. We’ve reached a point where we see photographs of the same buildings from the same perfect angles. The temptation to follow this trend, in our thirst for likes, is great.

I looked for something different. For Tokyo, I noticed that the route I walked along the Yamanote Line offers wonderful experiences. It compresses the varied urban landscapes of the city into a daylong exploration. The route passes through the city’s main central neighborhoods, with varied urban typologies. A few of Tokyo’s tourist points of interest are close to the Yamanote Line, so they can be checked on the occasion of this incursion. But I was more interested in the places between these points of interest.

After my daylong 2015 experience, I returned to Tokyo two months ago in order to photograph the places around the Yamanote Line. This time, the circumstances forced me to take photographs at night only. I thus spent a few hours every evening for two weeks walking these streets. The selection of images featured here for the first time is part of this series from 2019. 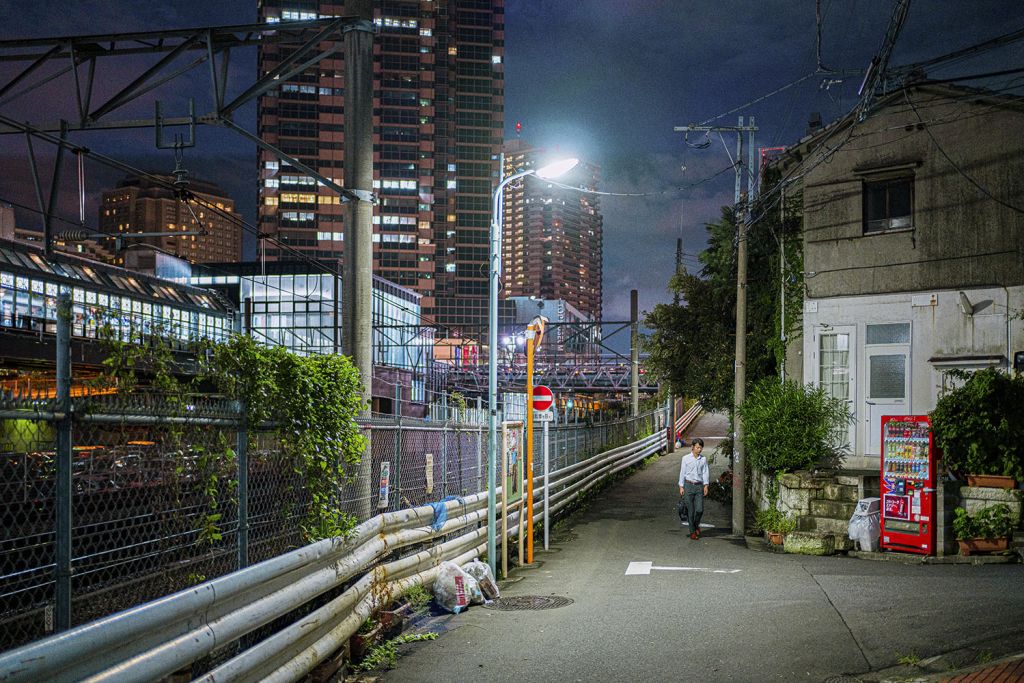 At night, Tokyo is mute. An incredible sensation for such a large city. I only shared the streets with the few people who were walking home late from the office and with local administration workers, who repair and maintain the streets at night.

As a technical approach, I steered away from standard architectural photography techniques. With the exception of a single image from the series, I took the photographs rapidly, using a high ISO, without a tripod. The fact that the route is so long forced me to photograph rapidly. A single image from the above selection is of a famous building. It’s Renzo Piano’s Maison Hermes. Apart from that, I documented the city lights, which have a special charm. 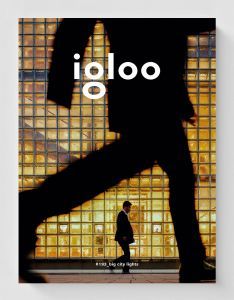