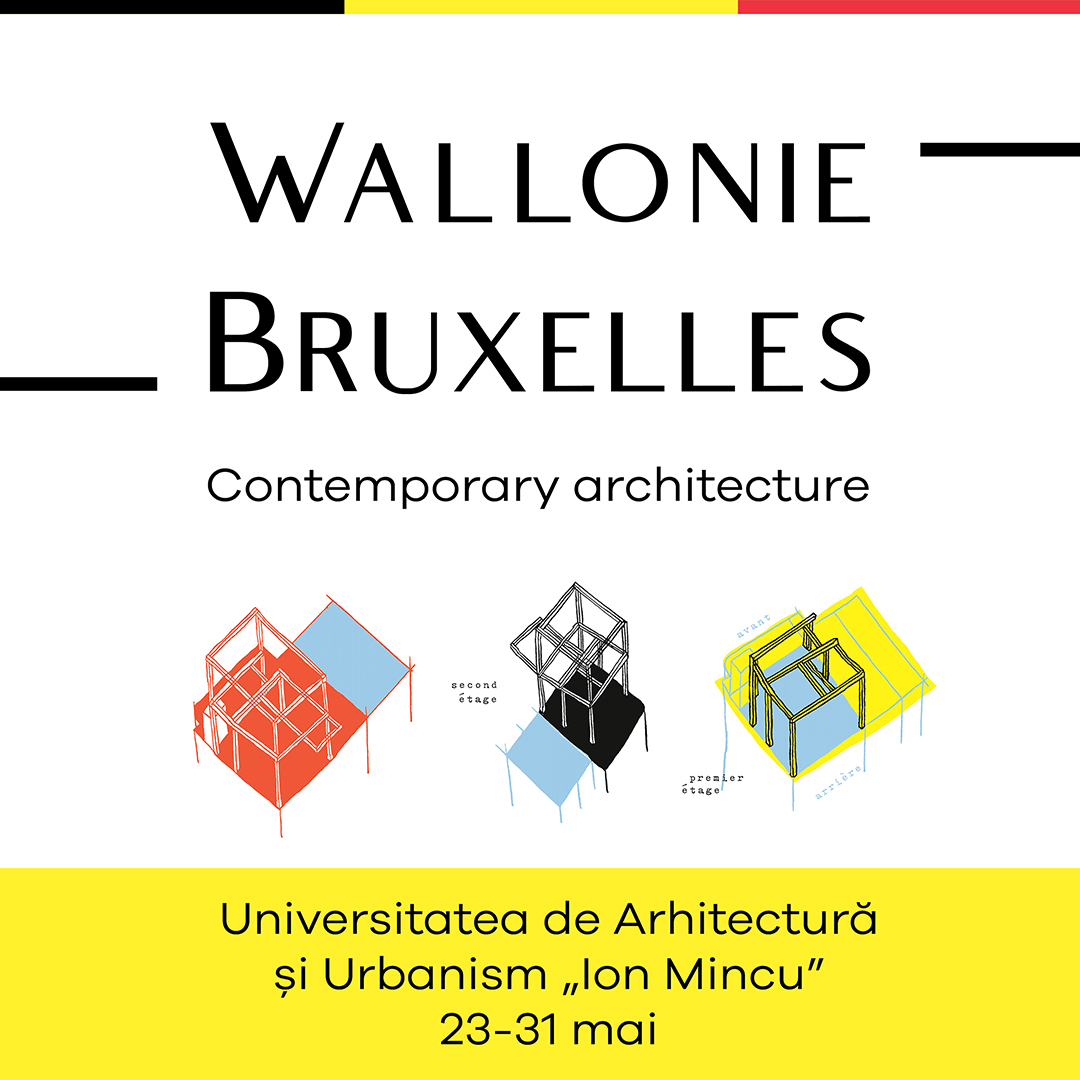 The first decades of the 21st century are a time of reconsideration of the built fund of cities, of sustainable interventions, of concern for low consumption of energy. Igloo continues its exploration of the good practices of various built areas and environments, proposing, in collaboration with WBA, Wallonia-Brussels Architectures, a visit to the contemporary architecture of the Wallonia-Brussels region.

The exhibition Wallonie Bruxelles | Contemporary Architecture will take place between May 23 and 31 at „Ion Mincu” University of Architecture and Urban Planning and presents eight very different projects, from the point of view of their architectural program, type of intervention and scope of the proposed spaces which reveal, in an essentialized manner, the particularities of their context and the issues and vision of the architectural offices of the Wallonia-Brussels region.

Thus, out of the eight projects, six refer to architectural reinvention and interventions aimed at renovating industrial heritage buildings or the modern built fund by converting them into housing or public service spaces. One of the projects revives an urban island and an other proposes a small social housing building. The names of the projects are eloquent, they indicate either the name of the transformed hall or of the remodeled building, or the name of the boulevard or of the street, or even the name of the theater.