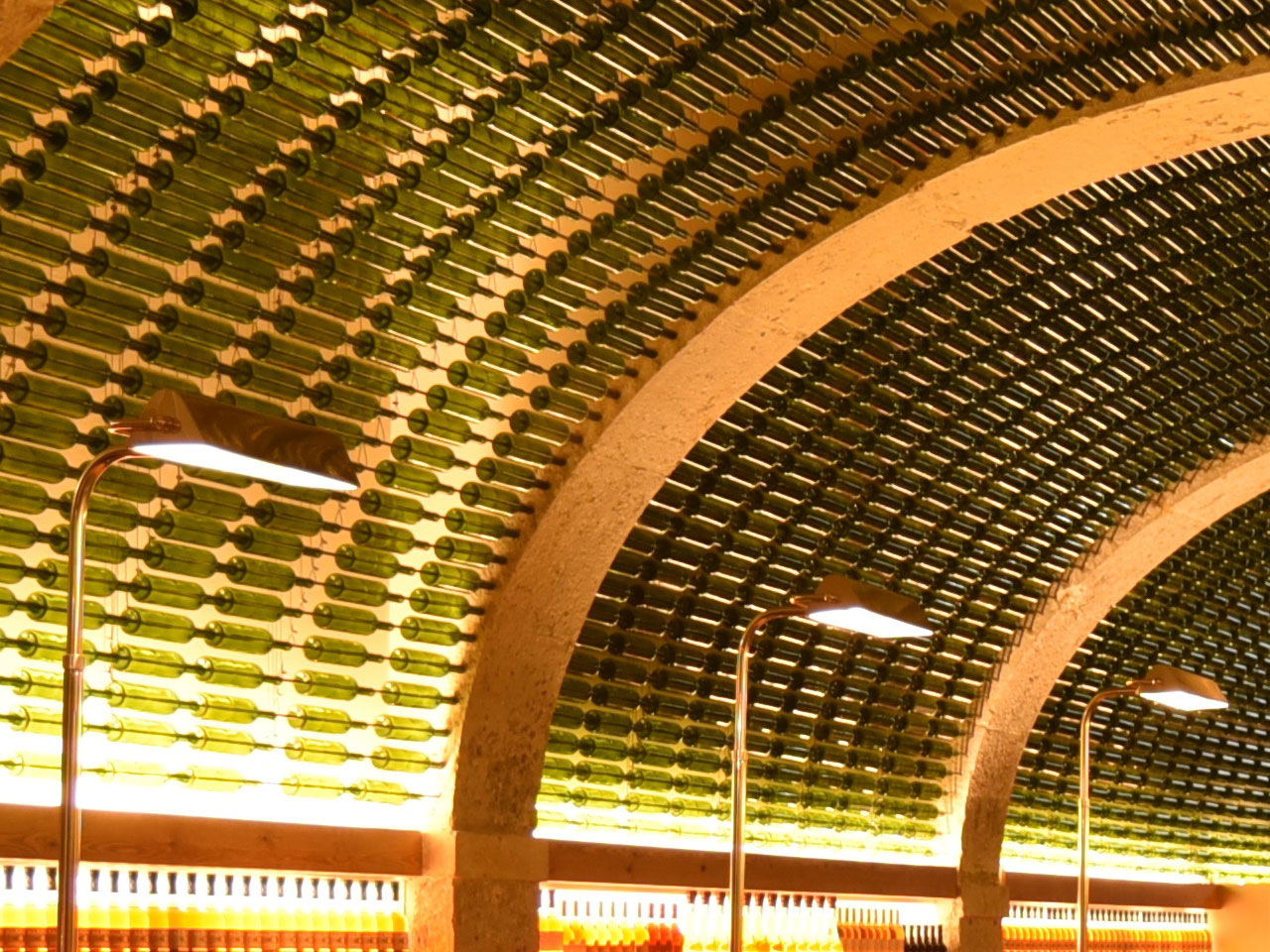 Wine Stories | By the Wine

The name of the bar says it all but, before you catch the name, it is the space itself that catches your attention while you pass by Rua das Flores in the center of Lisbon. A special 3d pattern wraps up this (also) special place, dedicated to wine and local gourmet pairings to go with it. 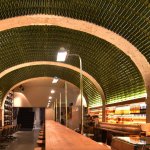 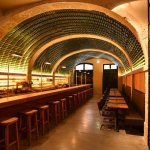 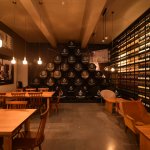 By the Wine is the flagship store and bar of a famous wine producer of Portugal, José Maria da Fonseca, who opened it in January 2015, in Lisbon. Just a few steps away from one of the most visited places in Lisbon, Rua Garrett, By The Wine is a place to enjoy the JMF wines along with local delicacies including special Portuguese appetizers, or petiscos, and various Iberic tapas. 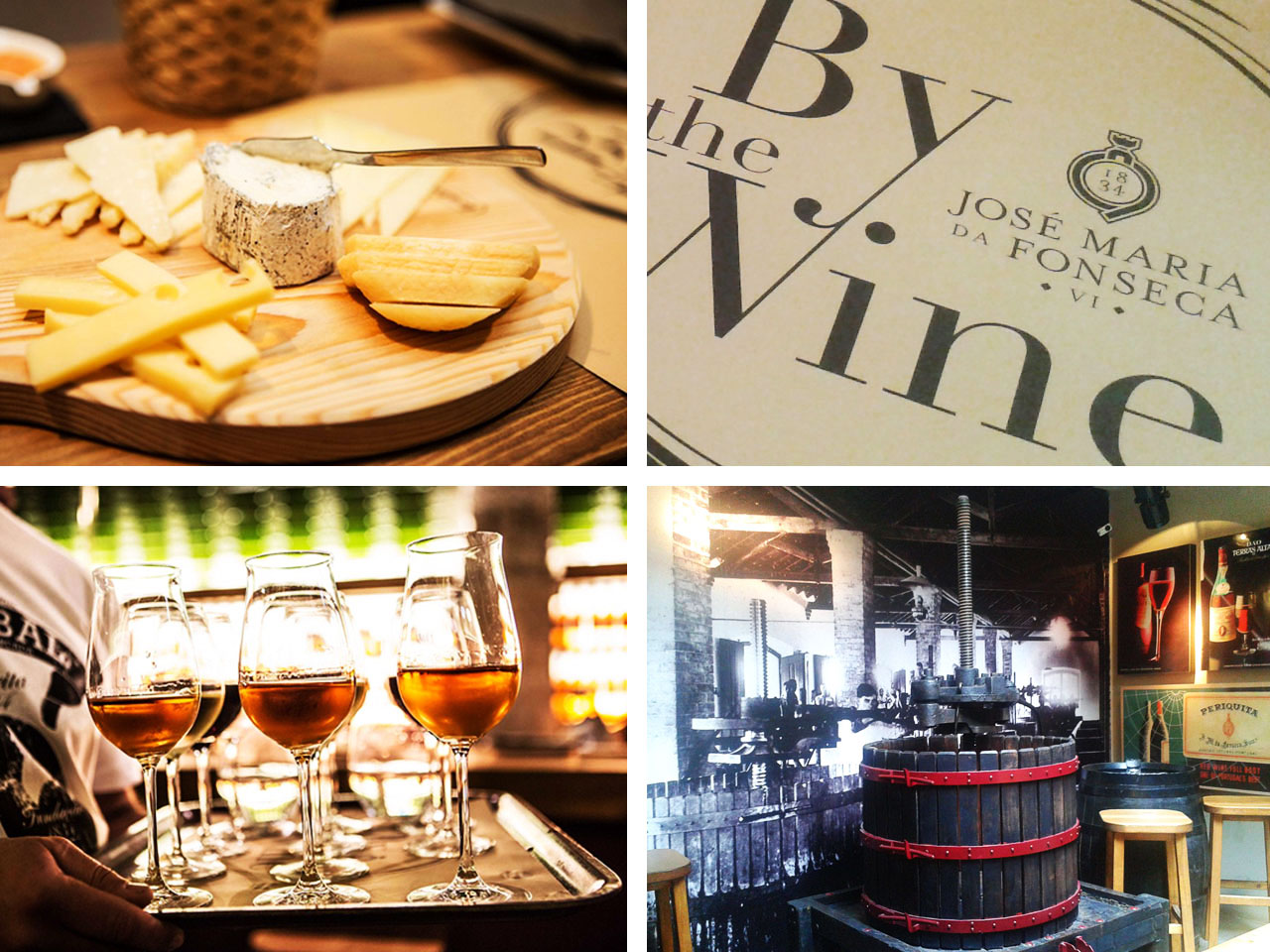 Among the different gastronomical options, one can enjoy here rustic loaves of bread from the Algarve, bellota ham and varieties of cold meats, plates of cheese (the famous Azeitão included), oysters from the Sado region, mussels, salmon ceviche, carpaccio or desserts to accompany the Moscatel de Setúbal wines.

The central point of the space and our subject of interest is the ceiling of the bar, namely the 3d pattern of wine bottles which cover it. This large gesture captured the very essence of a space dedicated by wine: the bar is practically surrounded by bottles, either for direct use or for reshaping the space into a series of three beautiful vaults, following the line of the stone arches and recreating, in a metaphorical way, the visual of a cellar.

Architect Tiago Silva Dias, the author of the project, details the story of more than 3200 bottles of Periquita wine lining the ceiling:

“Obviously, By the Wine treats the wine theme so, when I first went to see the space that the client selected, I had this idea right away: here there’s no vault, there are only arches, we need to create the atmosphere of a cellar, so we need to create a vault. Besides, José Maria da Fonseca has got some beautiful cellars to store its wine so I wanted to bring a special atmosphere here. So this is how the vaults of bottles appeared. 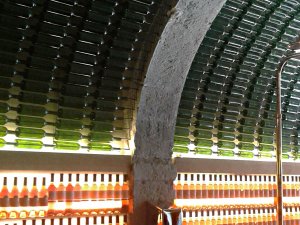 I chose glass as it works very well with the light, and I chose the green glass as it creates a good contrast with the actual wine bottles displayed on the backbar. The wine that José Maria da Fonseca has is a fortified one, so it’s got a nice amber color which, backlighted, looks very good. Once again, the new intervention is here translated into special additions which enrich the existing interior. By the Wine has two spaces: the bar, which is covered in around 3200 bottles, and the rear, the restaurant, which is filled with several elements depicting the history of the brand. It is from its own cellars that we brought elements such as the branded barrels or the antique wine press.” 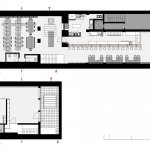 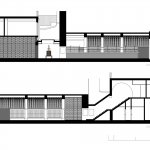 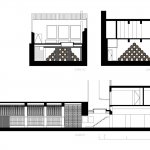 José Maria da Fonseca (JMF) has been producing wine since 1834 and is known far and wide for its award-winning Moscatel wine, though the estate produces all types of wine, all available at By the Wine, and completes with a fantastic selection of unique labels that are produced in very small quantities and are incredibly hard to find.