At Ines Innovation Center designed by Pezo von Ellrichshausen, the geometric interactions consolidated in red concrete give shape to the encounters between image and matter, between built and imagined space, between space and man, between man and man.

Pezo von Ellrichshausen draw with powerful strokes an architecture of circular ideas and essential forms, uniting the points of intersection between the visible, real, built space and the mental, ideal one. The congruence between the ways of conceiving and concretizing, between designing and (re)presenting results in particular, well-contained objects that float independently, self-sufficient in reality. Spatial experiments descend from the abstract sphere and become experience. Structures made of thoughts are poured into concrete and pigmented strongly. Geometrical pursuits, creative concatenations of elementary figures, firstly built through drawings and oil paintings in a completely particular style, declare a radical vision of architecture understood as the art of space — modelled in different mediums and with different instruments. 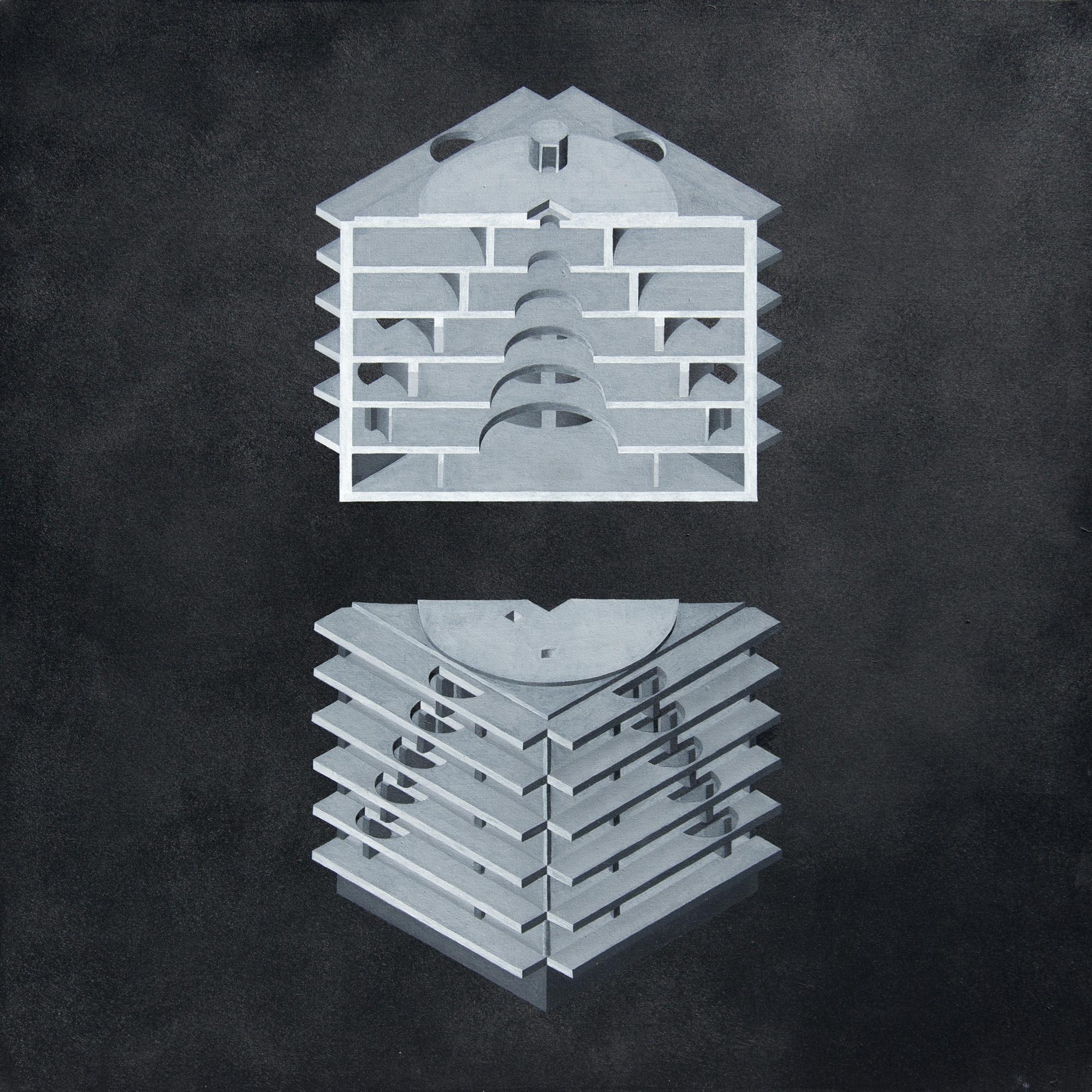 The forms of expression used to inscribe their architectural images delineate a practice that Mauricio Pezo și Sofia von Ellrichshausen call “architectonic art”. The aesthetics of their objects and pictorial representations, although partly explorations of abstract territories, are impregnated by the genius loci, by a Chilean universe that can be both austere and rich and varied and overflowing in its manifestations.

The duo’s projects are „explorations of a systematic way to create exceptionality” (Mauricio Pezo), and the Ines Innovation Center of the Universidad del Bio-Bio is no exception. The recurrent combination of elementary composition processes – intersections, subtractions – applied on simple, stable, regular volumes break out of uniformity through free and hyperbolic expressions. The constructed object looks like a 1:1 model of spatial ideas modelled by conceptual intentionality. 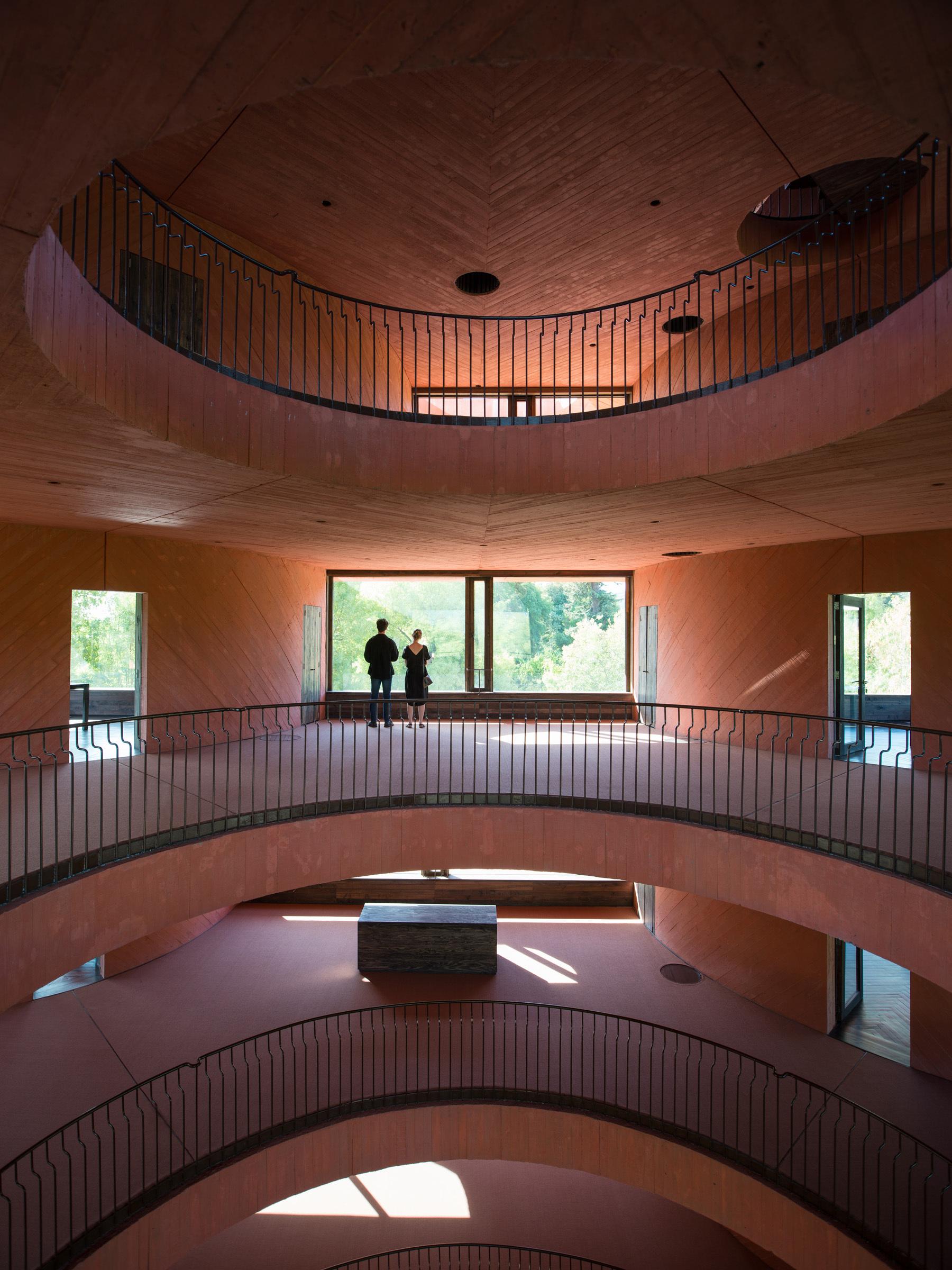 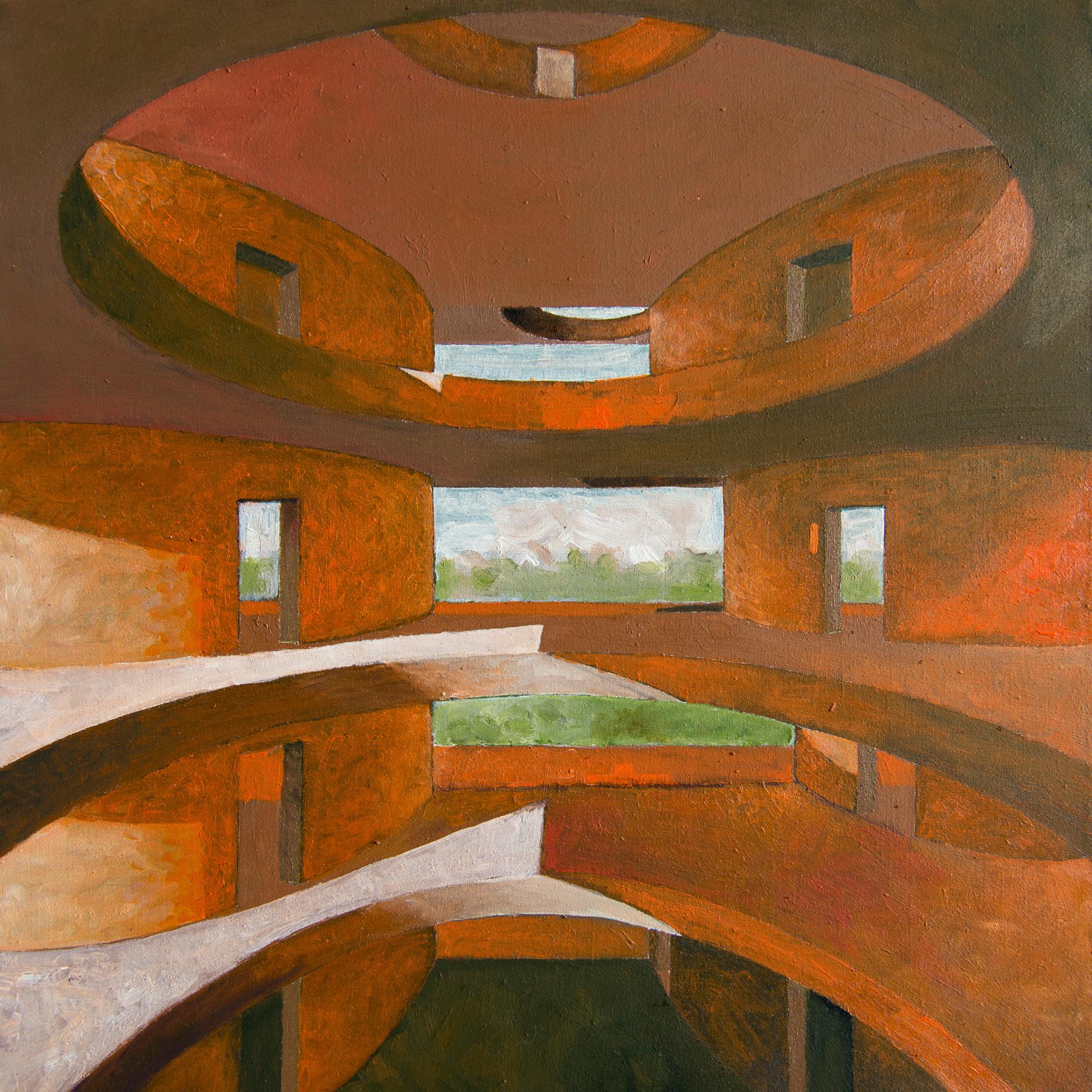 „The building contains an unexpected and exaggerated interior. This is the world of innovation: a continuous, fluid and open space that conceptually and physically translates the creative processes of academic practice, that sequential development of formal research or the reversible and multiple dimension associated with informal knowledge.” The principles of form order is an interpretation of the relationship between the two poles of the “innovation” world: on the one hand, the collective territory where creative minds and new ideas meet in the center and on the other hand, the area of retreat in individual study, at the corners. The tension between the edges and the core is rendered by spatial sequences that evolve with each level as it follows: a central vortex cuts each plate, decreasing in intensity as it advances in height; inversely proportional the quarter circles develop, pivoting from the corners of the building. 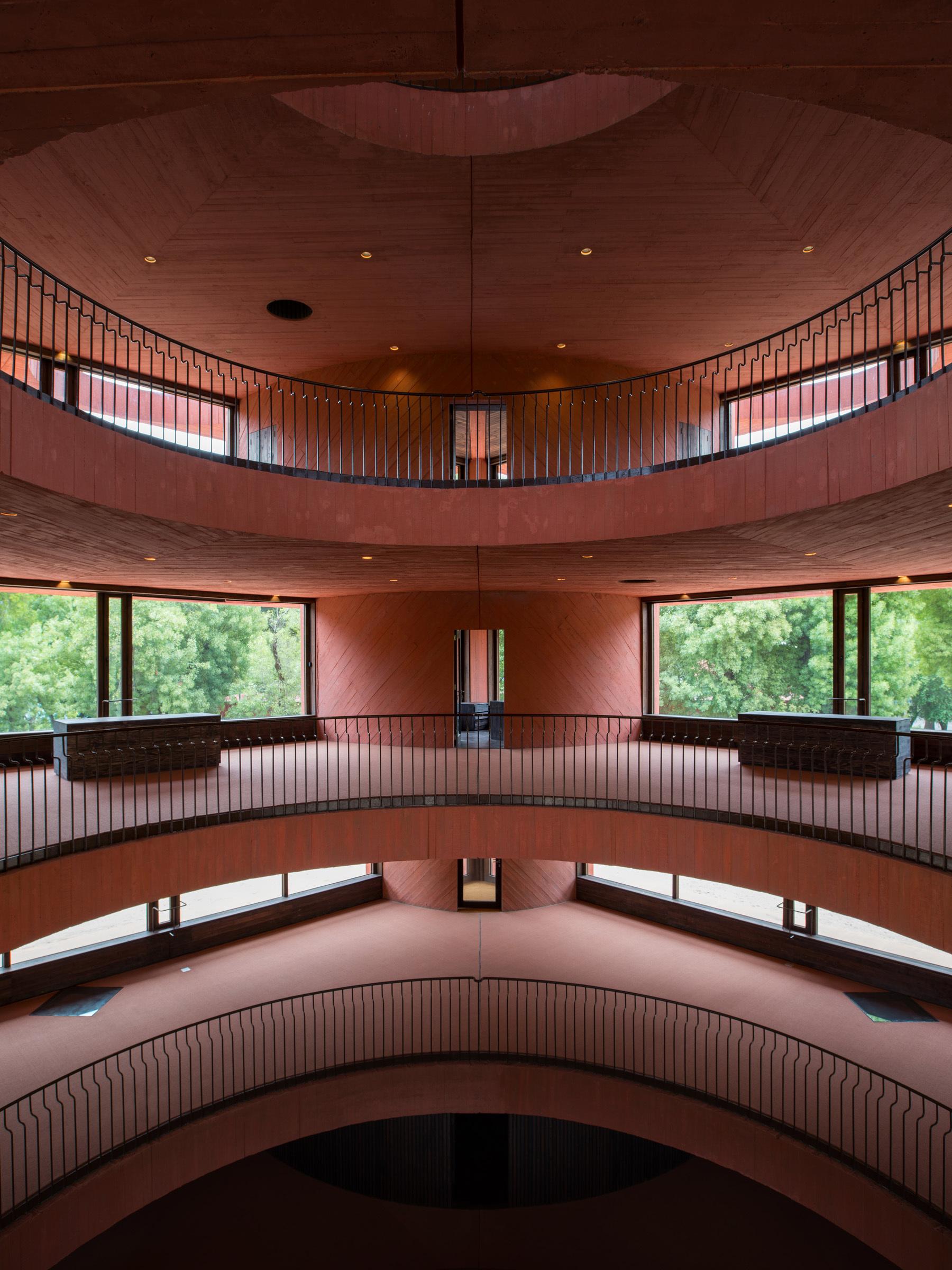 The relationship between void and defined enclosed space, the expansions and compressions impose a pressure that makes the exploration of the building thrilling, dynamic. These circles housed in a square, variable on the vertical and symmetrical on the horizontal, encourage a dynamic of use through their multi-directional layout, enable the intersection between collective and individual and allow a horizontal rotation of roles between teachers, students, researchers, entrepreneurs and local communities. Relationships between spaces shape the relationships between people who experience them and generate a series of other complex interactions, visible or invisible, real or purely intellectual. 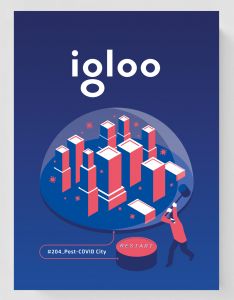