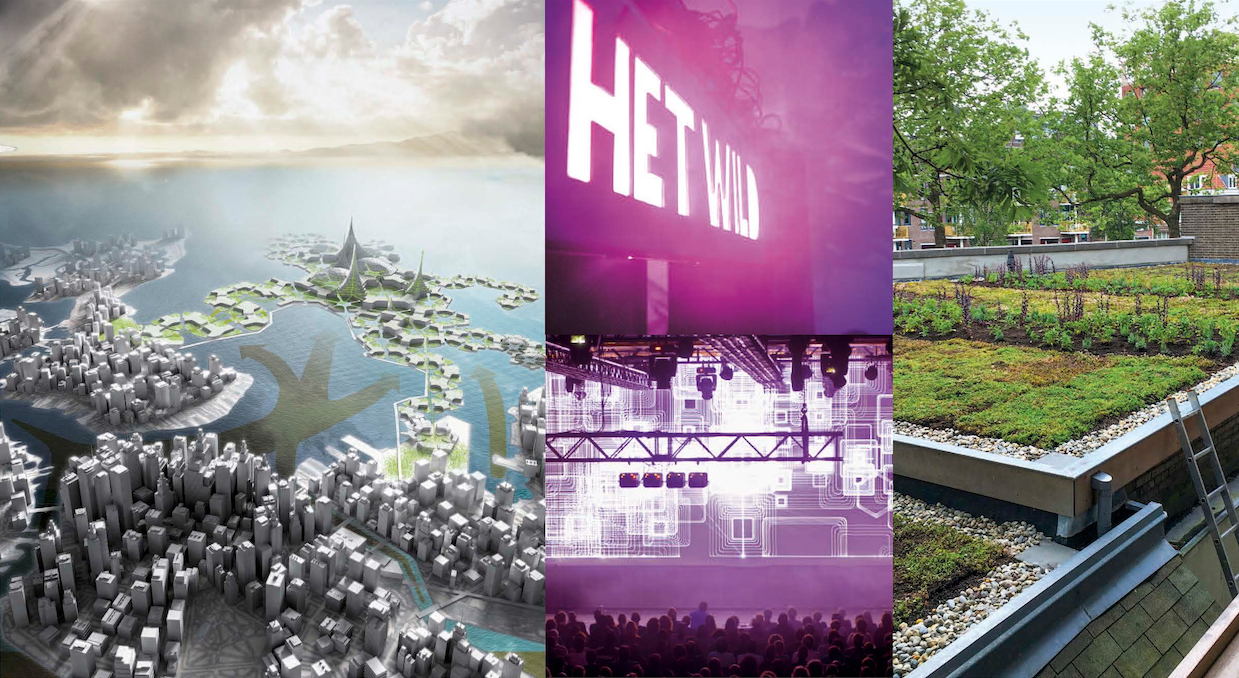 In the following, a route linking some of the main Dutch cities, Eindhoven, Amsterdam and Rotterdam (but not only) illustrates three of the remarkable approaches in the area of programmes for the reconversion of industrial areas, for the green and sustainable development, and for floating cities.

With about three-quarters of the population living in the urban space, Holland is one of the countries with the widest range of programs to transform the cities. Among these, the most eloquent examples come from the area of recovery and conversion of built-up funds, the creation of sustainable alternatives, participatory platforms and the development and implementation of new, autonomous urban structures that not only compensate for the growing need for land , but to reduce the environmental impact of metropolises.

The Floating City and the New Urban Scenarios

The team of Blue 21 believes that floating cities are one of the most effective solutions with a positive impact on the planet, reducing the increasingly acute effects of climate change and population growth by providing an integrated concept as an alternative to the city of consumption.

„We want to inspire and empower land-based cities to expand on the water, they say. We know it’s possible, but we can’t do this alone. That’s why we are not your average company. We are a social enterprise and collaboration platform, meaning you can join us. We need ambassadors who spread the word, experts with relevant knowledge, as well as investors to get things done.” Working in partnership with environmental experts, lawyers and policy makers, the team of Blue 21 focuses on development and research. Their ongoing project BlueRevolution offers viable documentation and solutions in the form of sustainable, autonomous structures. Analyzing, for example, nutrient and carbon dioxide flows in cities such as Rotterdam or Manila, the BlueRevolution research program evaluates the opportunities for their productive reuse. 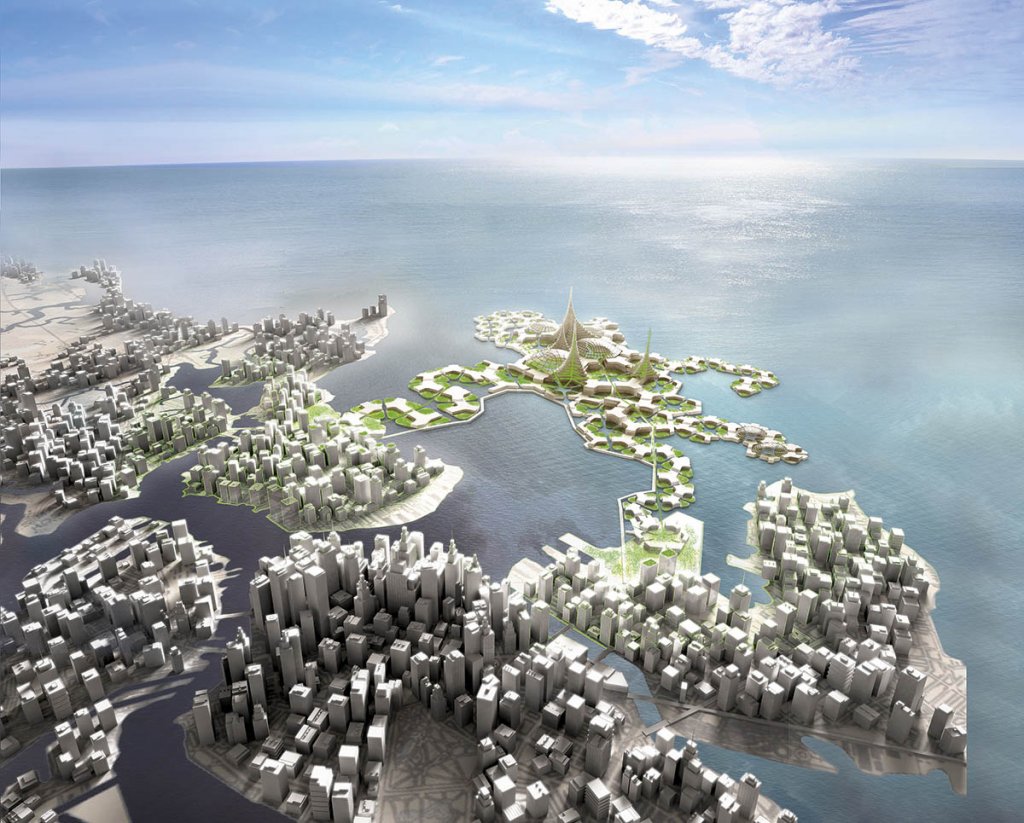 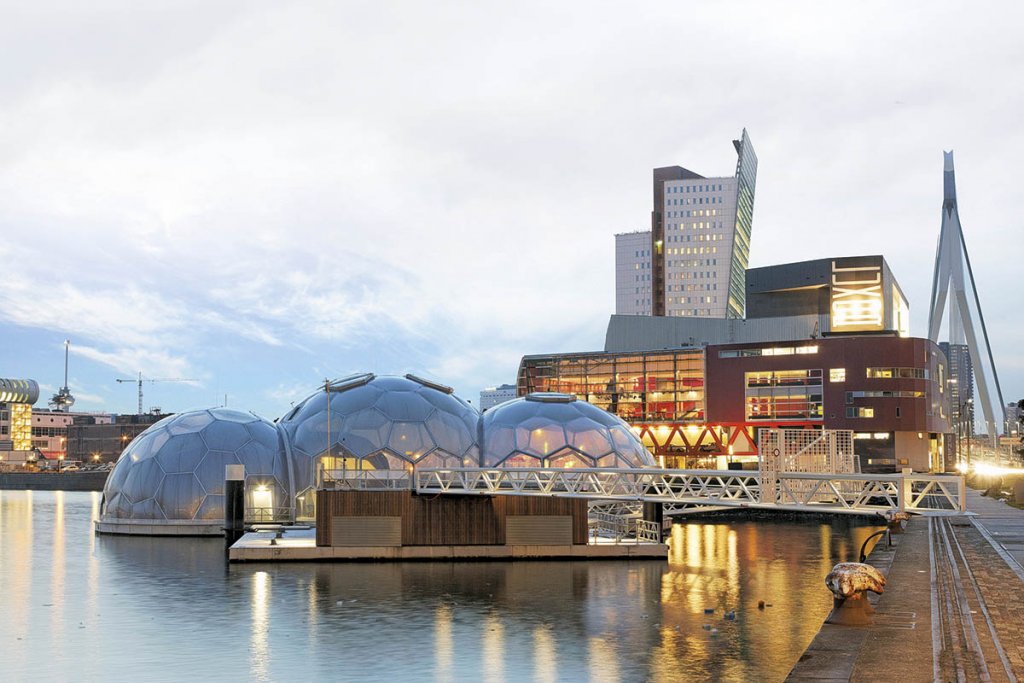 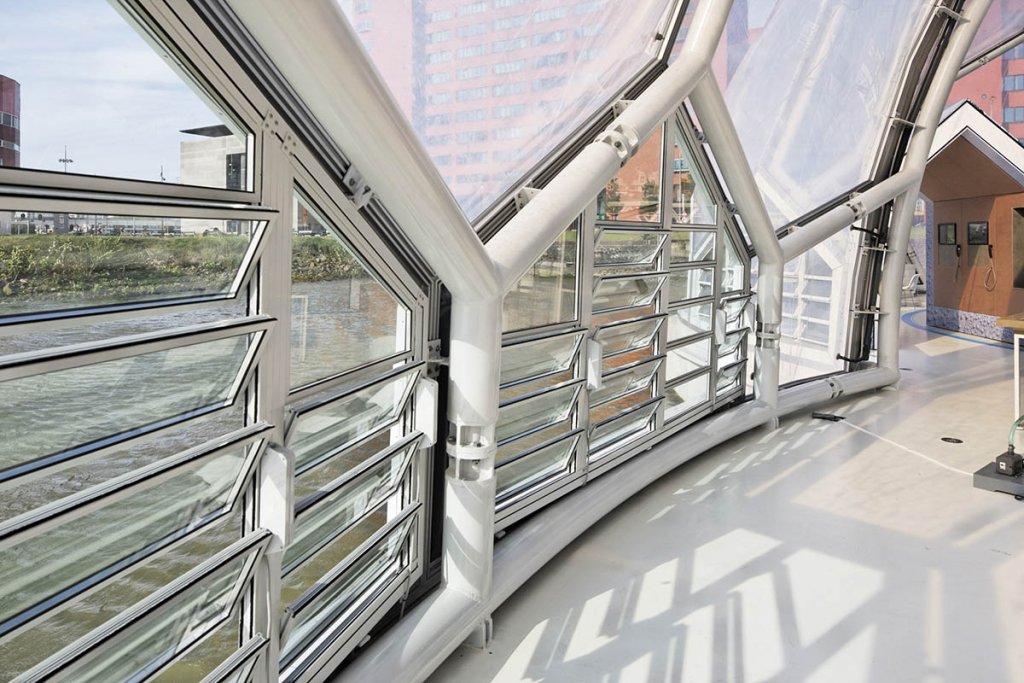 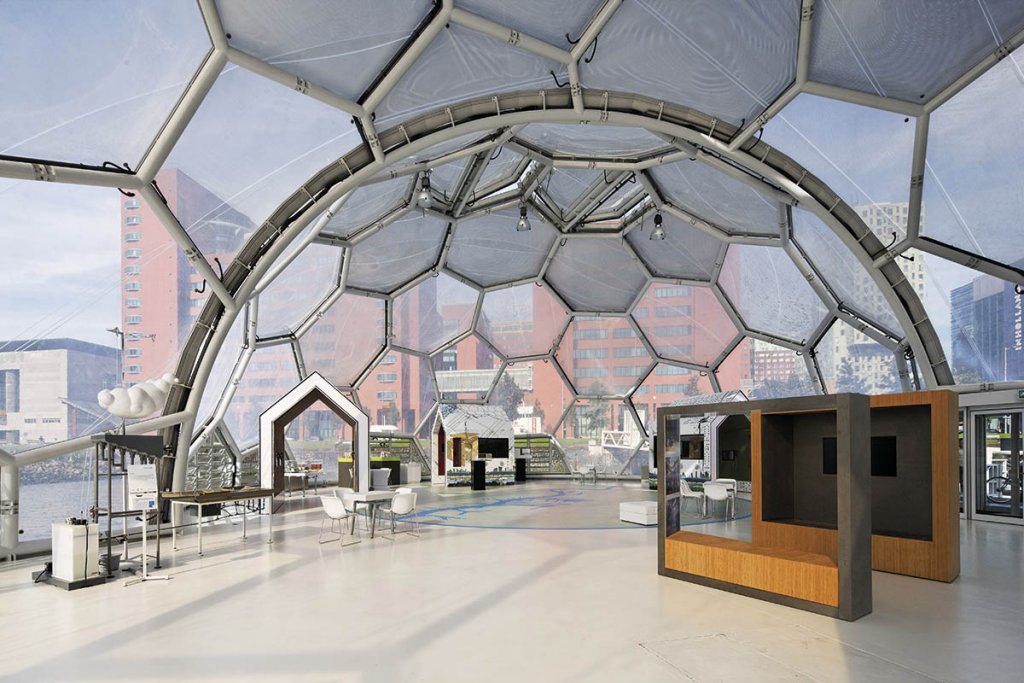 One of the most well-known projects of Blue 21, the Floating Pavilion in Rotterdam, is a pilot structure, a catalyst space for various buoyancy analyzes, and a center for conferences, exhibitions, presentations, receptions and evenings. The construction was designed by the DeltaSync / Public Domain Architect team and includes a foyer, covered by two glass domes, which can accommodate up to 400 people, an auditorium with a capacity of 150 seats and an outdoor terrace that can be accessed via two bridges. The sustainability of the pavilion is given by the materials used, the functional flexibility and the way of using the energy. The building is heated by solar panels and cooled by the surrounding water. Waste water is completely cleaned inside the pavilion and then reversed. And the roofing foil, the so-called ETFE foil, is nearly 100 times lighter than glass, which drastically limits the need for a large foundation for the floating structure.

The Green City and the Roofs Take Over

„We bring a new nature to the city. Where? On the largest unused urban site: the roofs!” say Rooftop Revolution, who aim to cover 10% of nearly 400 square kilometers of green-roofed roofs in the Netherlands in 2020.

Rooftop Revolution is a crowdfunding and crowdsourcing platform for green roofs in the Netherlands. The team provides project management and project support, and supports and supervises real estate agents, developers, investors and owners interested in the conversion of roofing in gardens. Rooftop Revolution also identifies the green potential of sites and develops tailored projects tailored to each location. „We help governments in formulating and achieving the goals of adapting and revitalizing cities they explain. We provide expertise in rooftops policy and communication support, and stimulate the area and multifunctional approach in office building areas.” Rooftop Revolution also addresses residents and entrepreneurs who want to transform their own neighborhood, or municipalities and companies social housing who want to mobilize their residents by organizing crowfounding campaigns to fund the green roof. 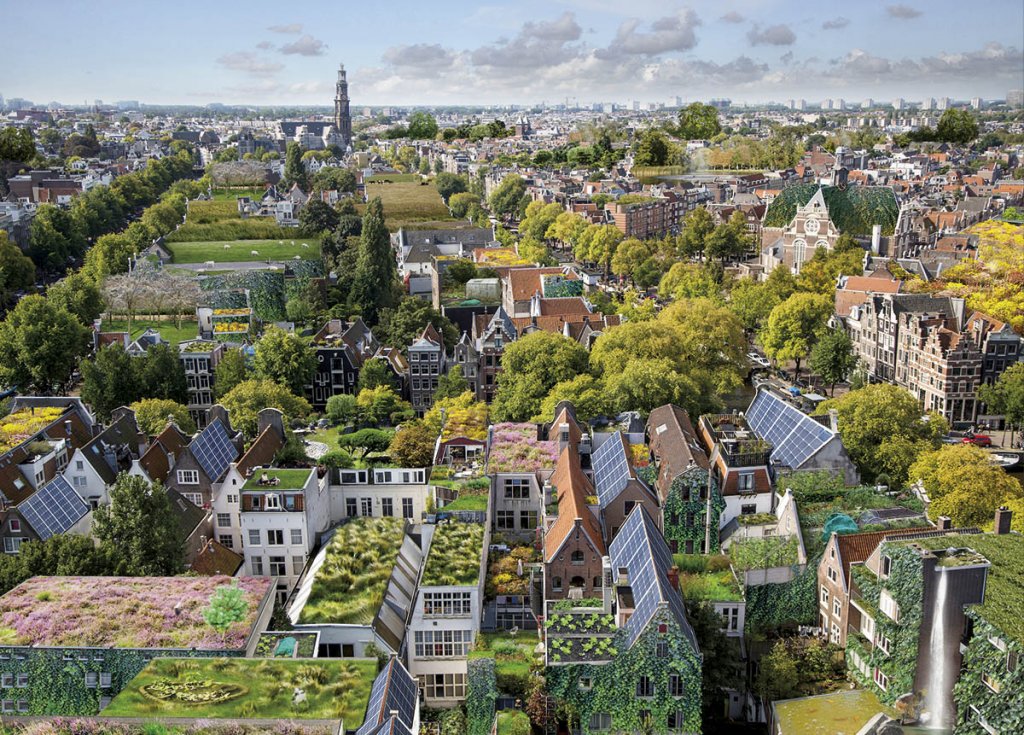 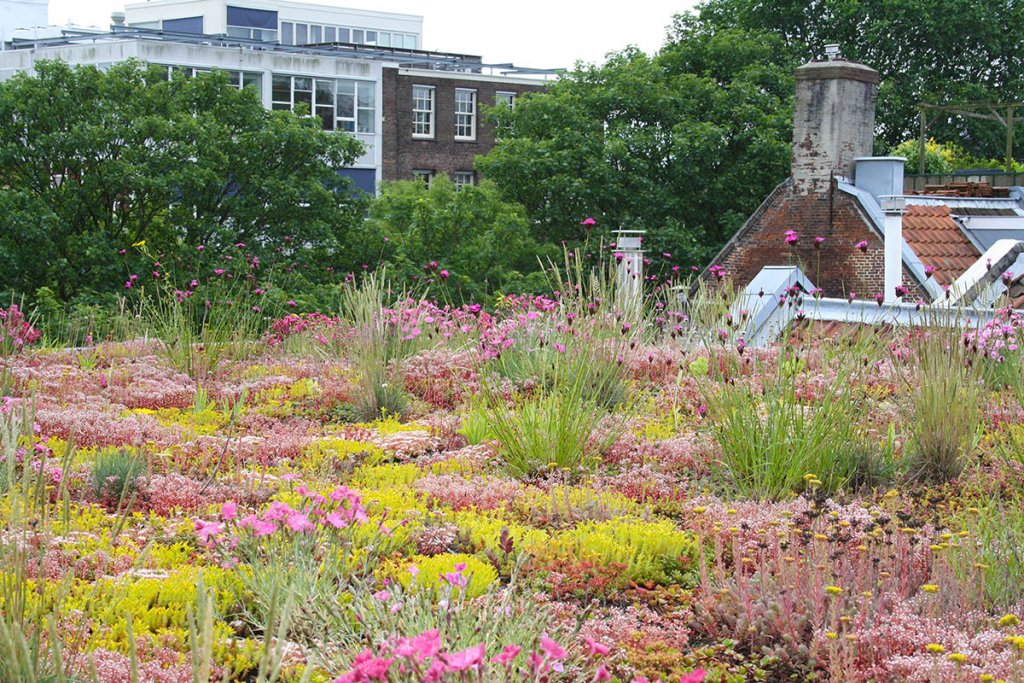 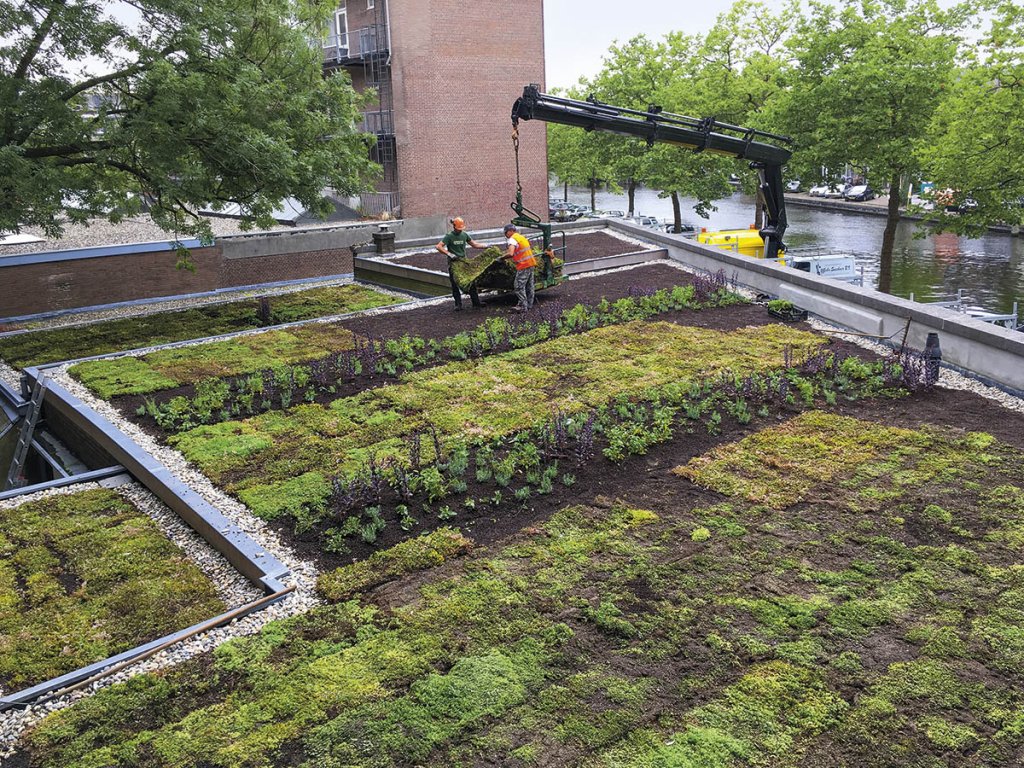 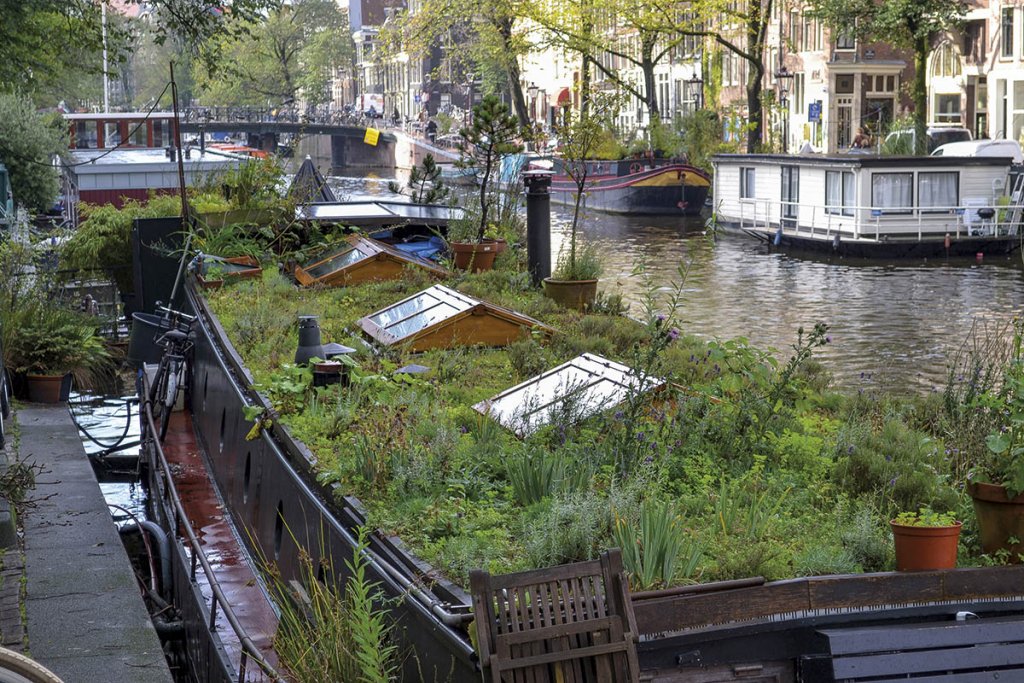 Rooftop Revolution started in 2016, and over 150 roofs, totaling 40,000 square meters, have become green since then. Their projects include terraces of residential blocks, as well as a special project to be completed in 2025, the year when Amsterdam celebrates 750 years. This project comprises no fewer than 2,500 floating houses on the canals of one of the Dutch metropolis districts. Named Grachten van Smaragd, or the Emerald Channel, the initiative takes full advantage of the floating roof roof, improving the thermal and sound comfort of their interiors, ensuring biodiversity in the heart of the city, bringing freshness and color, especially in the autumn and winter gray.

The Postindustrial City and the Digital Era

The industrial complex of the Philips Factory in Eindhoven, now more than 40 years old, has been gradually transformed into one of today’s most important contemporary design and digital media hubs.

Strijp-S is the former industrial park built in 1916 by Anton Philips for a glass factory producing incandescent light sources. As the brand portfolio expanded, radios and TVs began to be produced here, but in the 1980s outsourcing and building new factories in Asia led to the closure of the Eindhoven industrial platform. And so, Philips, founded here in 1890, abandoned the whole series of large-scale complexes just a few minutes from the city center. Some of the buildings were gradually turned into office buildings, and the metallic and brick masonry halls became soon one of the favorite destinations of the graduates of the prestigious Academy of Design in Eindhoven. The former industrial ensemble has thus become the host of the annual Dutch Design Week, the most important event of Dutch design, but not only: Strijp-S is also one of the locations of the annual Glow lights festival, a series of alternative music events the Eindhoven pop-up restaurants and several art and design studios, as well as the STRP Creative Technology Biennial. 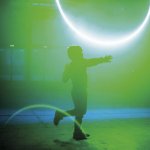 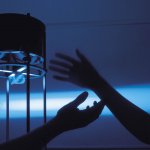 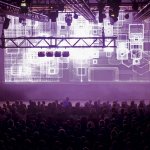 Creative Technology Festival, STRP Biënnale is today one of the most important world events dedicated to digital art and experimentation, electronic music and audiovisual media performances, further advancing the Philips heritage in digital and multimedia entertainment. The Biennale brings together artists, designers and coders around the world in direct contact with audiences of more than 30,000 visitors who, for 10 days, come for installations, shows, workshops, concerts and conferences. Moreover, STRP Share is a permanent educational center for participatory projects targeting Eindhoven residents, including various educational programs from the same area of creative technologies. STRP Kids visits schools to involve pupils in digital experiments, STRP School organizes workshops for students and teachers, and STRP Senior focuses on links between all generations and between craft and high tech.