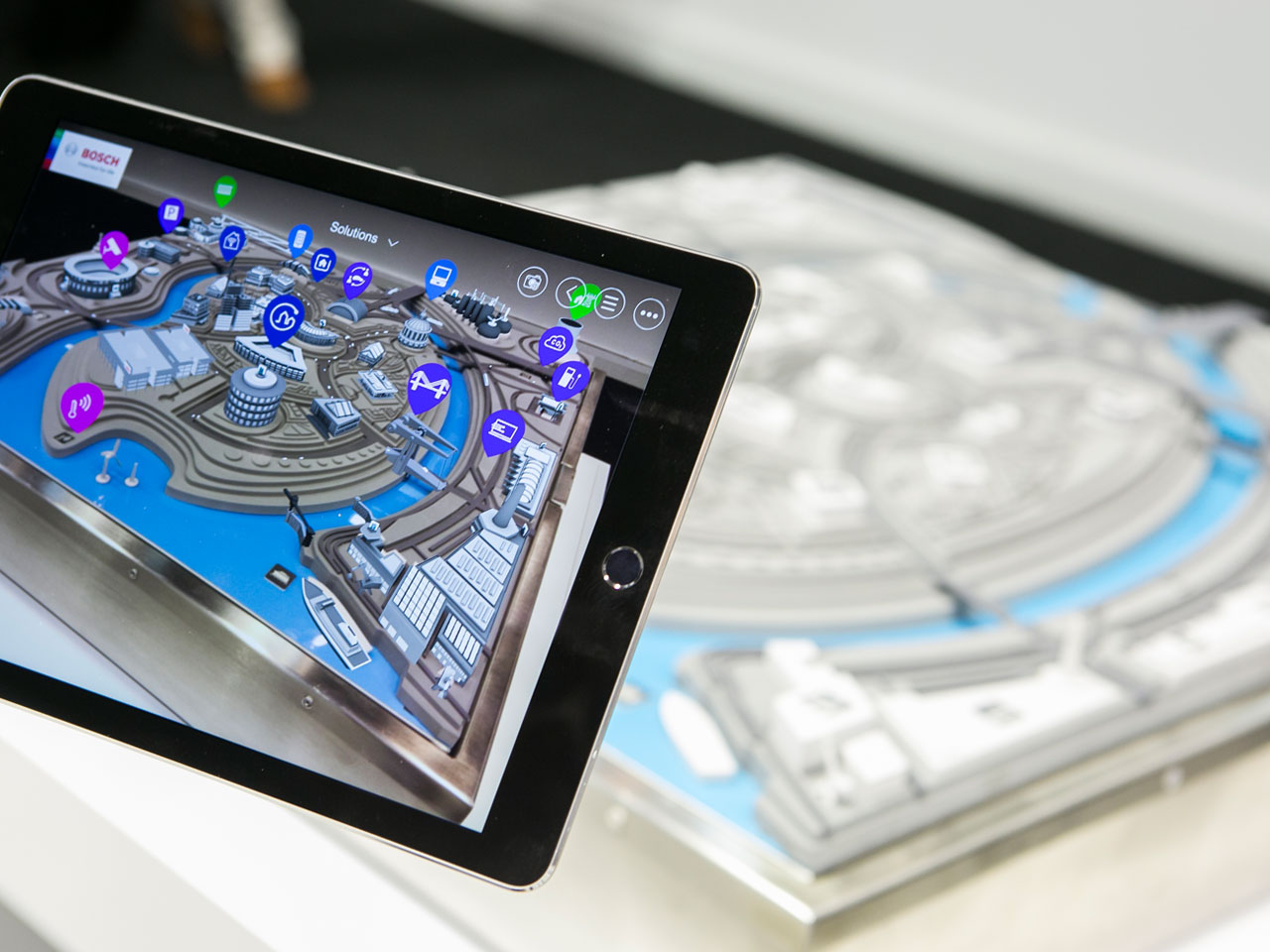 Barcelona was officially recognized as a smart city in 2014 by the European Commission, taking the very first European Capital of Innovation prize for „introducing the use of new technologies to bring the city closer to citizens”.

But the project for a smarter city unlocking the huge potential of the Internet of Things was launched in Barcelona back in 2011 and, since then, the city has been developing sustainable energy usage, open data initiatives, flexible smart services and social initiatives as key areas, and encouraged connections among researchers in both the public and private sectors with a focus on these topics. 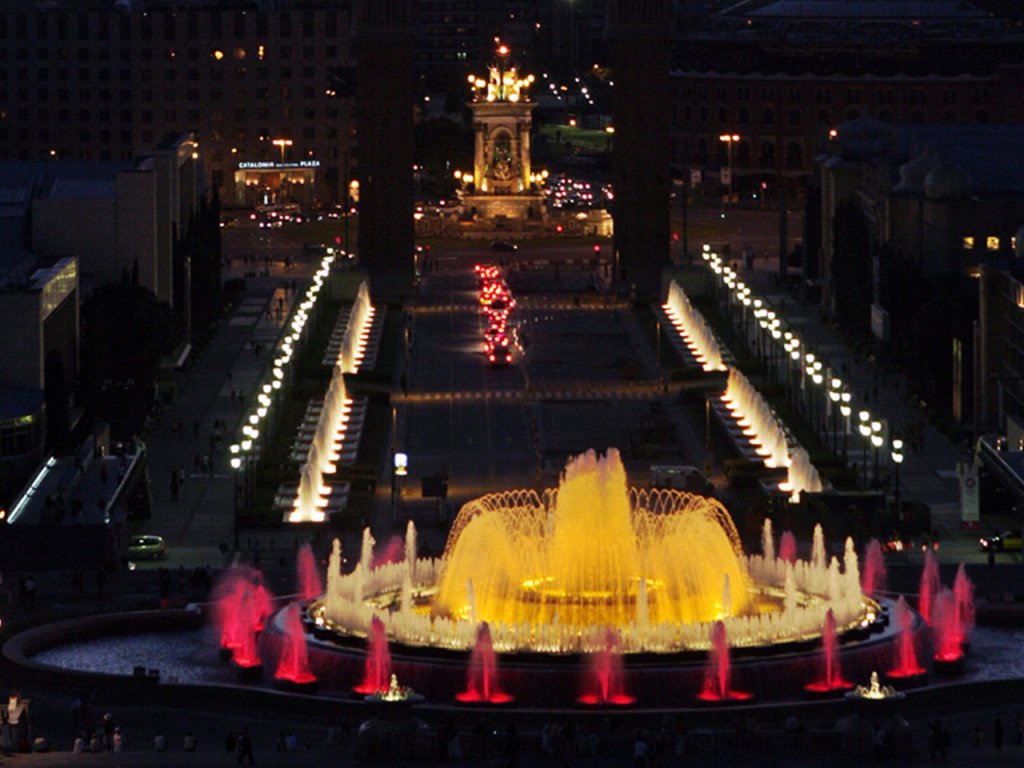 In launching its IoT program, Barcelona had a solid foundation, as the projects took advantage of 500 kilometres of fiber optic cable within the city, an extensive network that was initiated 30 years ago when the city connected two municipal buildings with early fiber technology. The fiber network now provides 90 percent fiber-to-the-home coverage and serves as a backbone for integrated city systems, making Barcelona one of the most wired cities of the world.

The city’s official website offers access to several smart city services directly. For example, up-to-date assessments of air quality, in terms of NO2 and PM10 concentrations, are provided on the city website’s home page for different locations around the city. The monitor is color-coded and links directly to a page displaying a map of the air quality across the city, accompanied by explanations of the sources of pollution, with a big finger pointed at the use of cars. The regulations governing pollution sources are also outlined, along with how they are being applied and developed to reduce pollution and improve the city’s air. 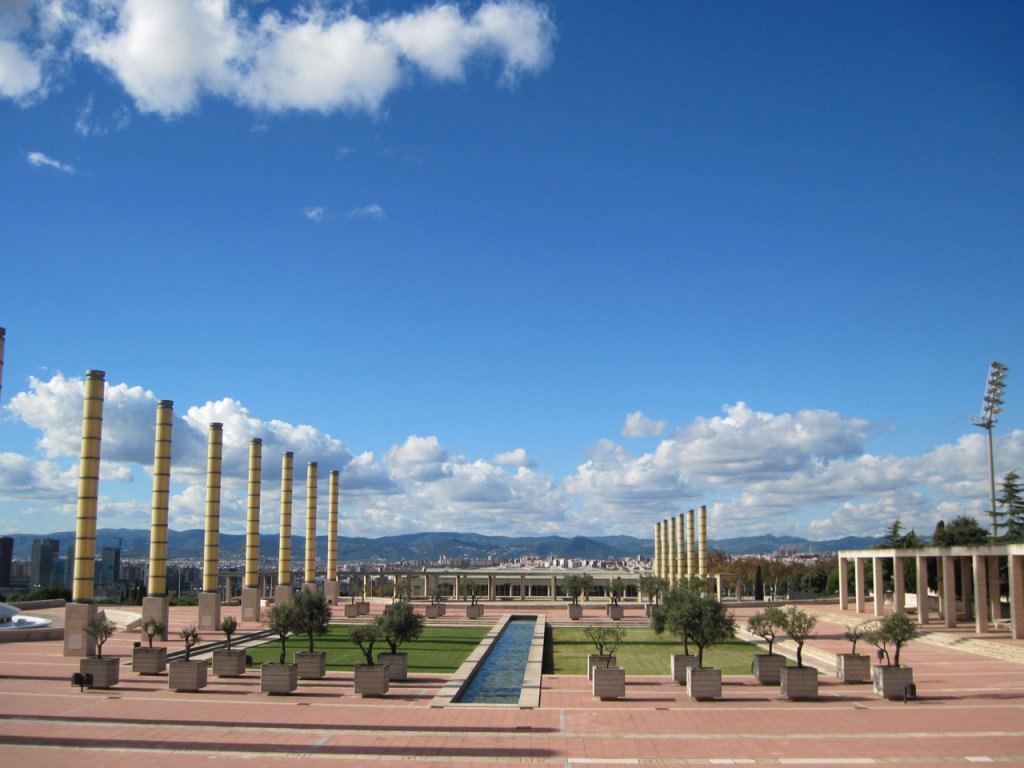 Barcelona’s smart waste disposal system of certain areas of the city sees its citizens depositing their household waste into smart bins, which suck the waste into underground storage using vacuum. This reduces noise pollution from collection vehicles and the smell of rubbish waiting to be collected. It also allows the city to monitor the level of waste coming from different areas and to optimize waste collection, which reduces both the time and resources required for this important service. The incineration of waste is later used to generate energy for heating systems.

In transportation, Barcelona has pursued a multi-modal strategy, advancing the use of electric cars and bike sharing, while investing heavily in improving the bus and parking systems. The new digital bus and tram stops turned waiting for public transport into an interactive experience, with timing, USB charging stations, free Wi-Fi, and tools to help riders download apps to help them learn more about the city.

For drivers, Barcelona has implemented a sensor system that guides them to available parking spaces. The sensors, embedded in the asphalt, can sense whether or not a vehicle is parked in a given location. By directing drivers to open spaces, the program has reduced congestion and emissions. The same app, ApparkB, also allows drivers to pay for their parking permit online. The city now processes 4,000 permits per day through the app. 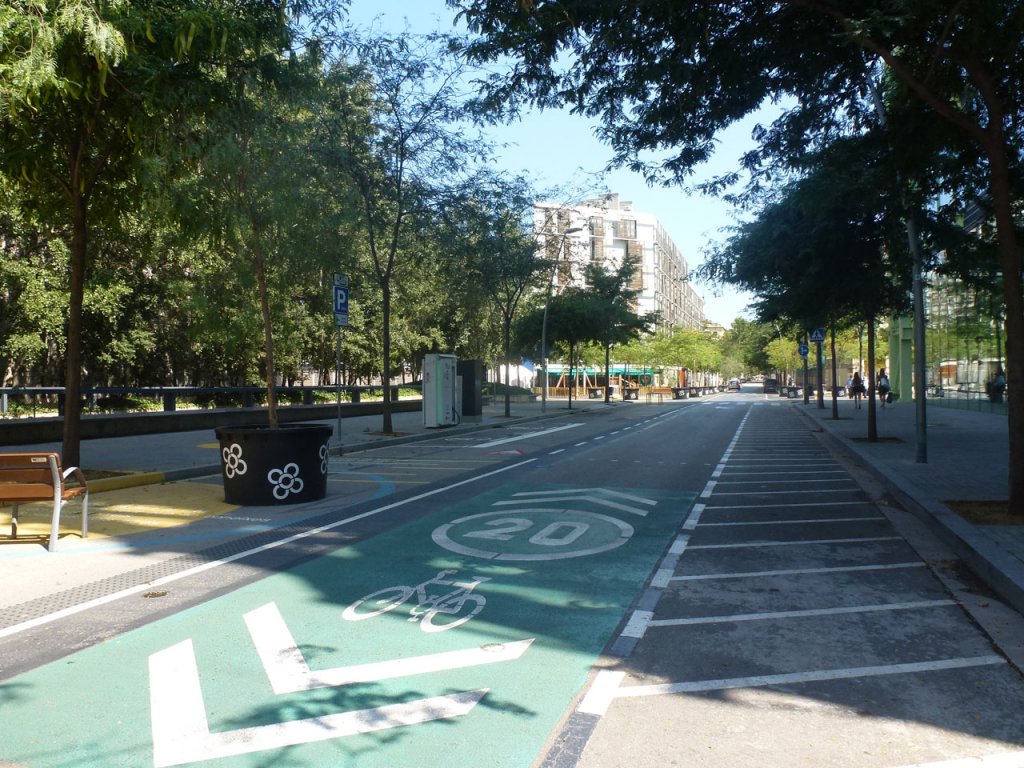 Back in 2007, Barcelona set up a bike sharing program for city residents, Bicing, which now boasts over 120,000 subscribers. Each subscriber is provided with a card to unlock any of the city’s bikes, which are free to use for short journeys of up to thirty minutes. While longer journeys using the bikes are not encouraged, such use attracts only a small hourly fee thereafter.

Barcelona now encourages the use of electronic cars to reduce reliance on the more polluting variety, and the city has initiated pedestrian-first policies known as superblock areas. In a certain area of Poblenou pedestrians are a priority, picnic tables, trees, benches, chairs, bike racks, a running track, children playgrounds and ping pong tables have been installed and while vehicles can use the streets, they’re restricted to 10 kilometres. This area also hosts vanguard buildings such as the Media-TIC and renowned art hubs such as Can Framis turning now the superblock one of the best places to visit, work or live. 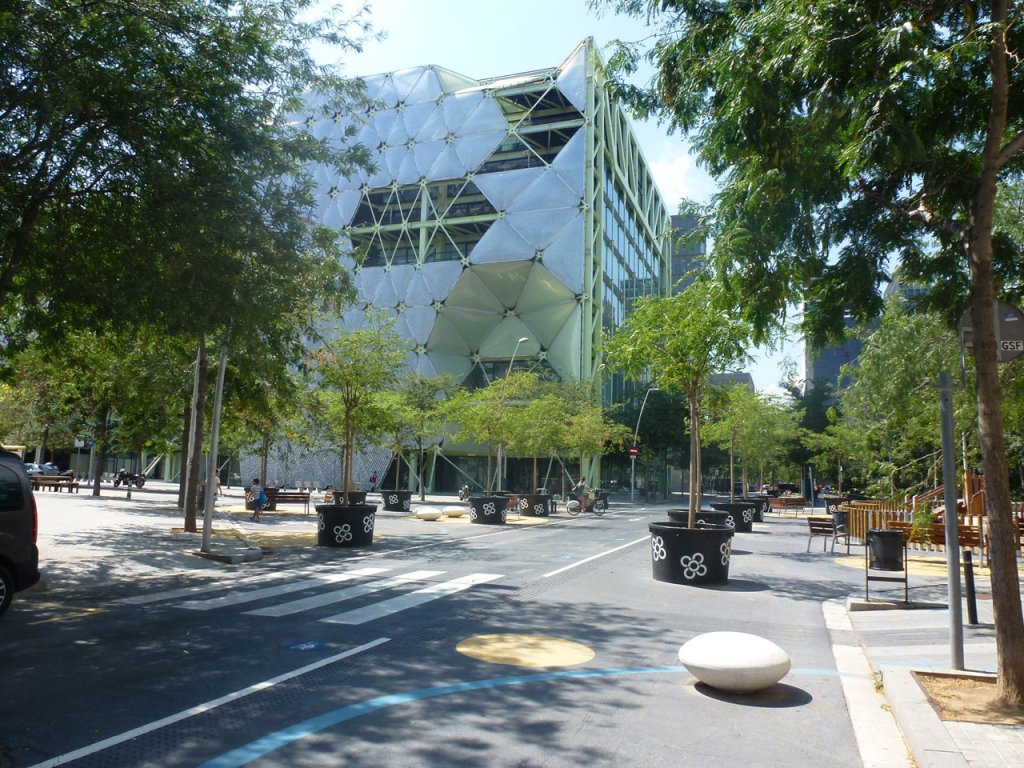 The Barcelona Lighting Masterplan has been implemented since 2012 and uses smart technologies to enhance the efficiency and utility of city lampposts which are being transitioned to LED, reducing energy consumption. The lampposts sense when pedestrians are in close proximity; when the streets are empty, lights automatically dim to further conserve energy. The lampposts are also part of the city’s Wi-Fi network, providing consistent, free Internet access throughout the city. Moreover, they are equipped with sensors that collect data on air quality, relaying information to city agencies and to the public. Cumulatively, the improvements produced 30 percent energy savings across the urban lighting system. 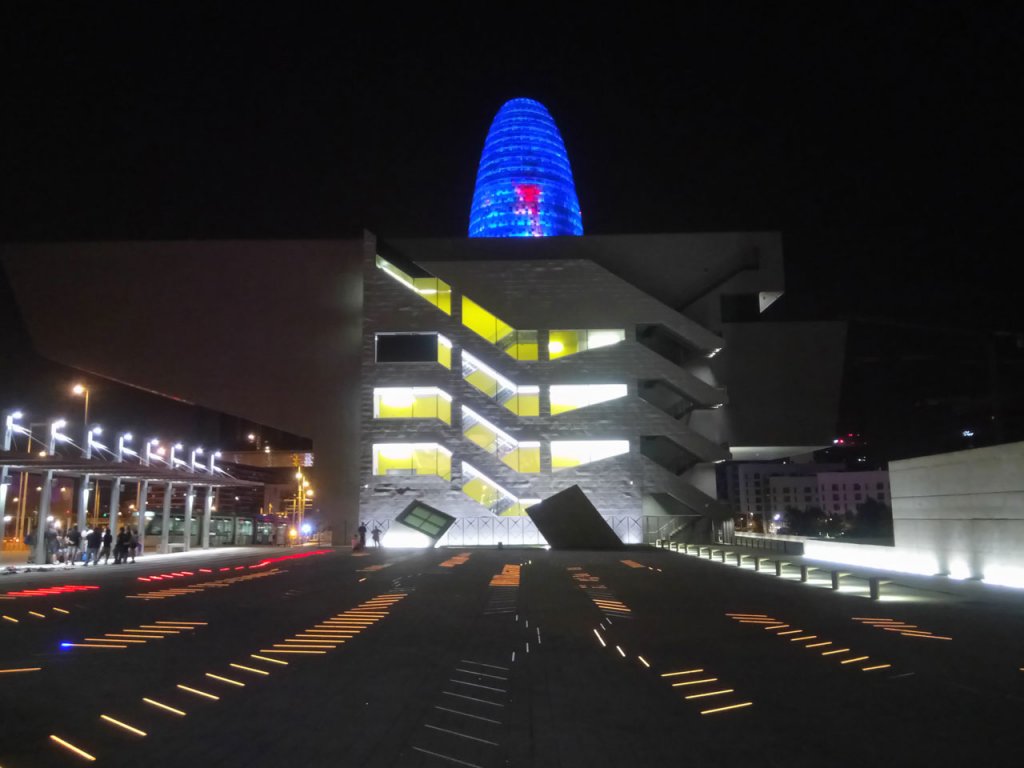 In order to maximize the efficiency of the city’s parks, Barcelona has implemented IoT technologies to remotely sense and control park irrigation and water levels in public fountains. Using sensors to monitor rain and humidity, park workers can determine how much irrigation is needed in each area. A system of electro valves is then remotely controlled to deliver necessary water across the city. The program, implemented in 68% of public parks, helped the city achieve a 25% increase in water conservation.

Together these systems constitute a “network of networks” generating data that can be used by city agencies to improve city operations and by citizens seeking to better understand their local environment. 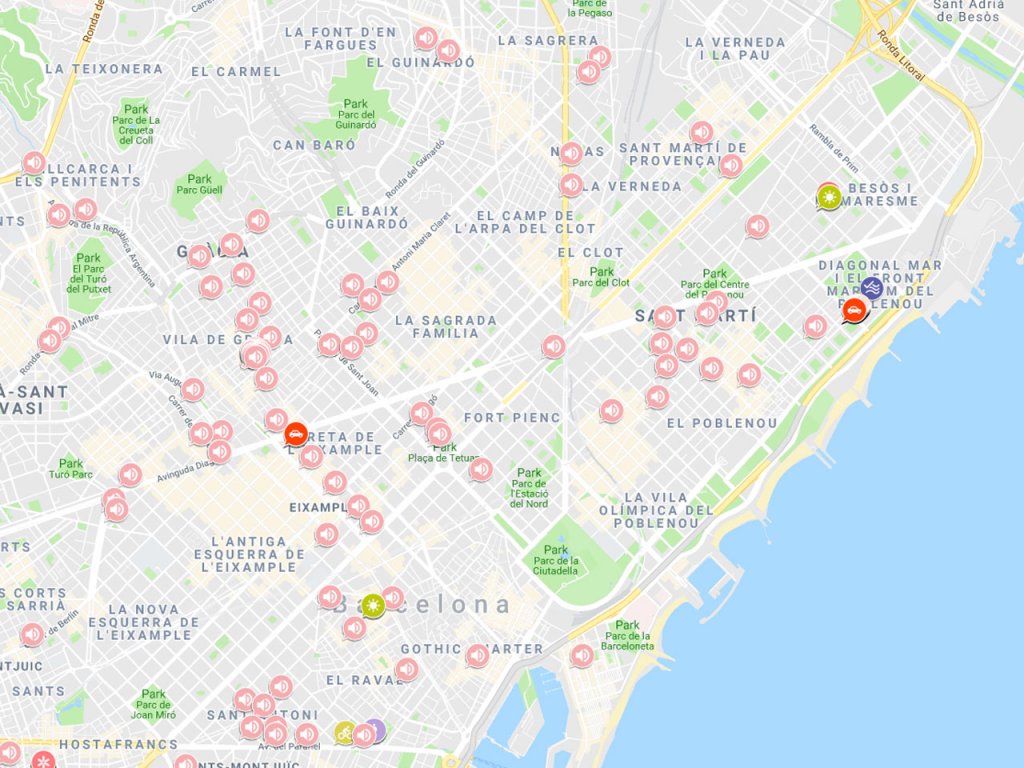 Barcelona’s integrated sensor network is relayed through Sentilo, a platform developed specifically for the city, which is now open source and available for reuse by other governments. Through this platform, data is managed and shared with citizens and city workers.

Apart from the growing use of applications like the ones mentioned above, the City Council initiated a programme to democratize the government of the city with the help of digital tools, with open data and open standards as key enablers. The first product is a digital participatory platform, Decidim (We Decide, in Catalan) where citizens can “organize democratically by making proposal, joining public meetings, creating delibarative discussion, deciding through different forms of voting, and monitoring the implementation of the decisions”.

Barcelona is also the venue for the global exhibition of smart cities. Every year in November, the Smart City Expo World Congress discusses topics such as digital transformation, urban environment, mobility, governance and funding, and shared cities. 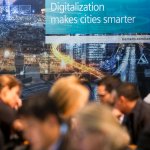 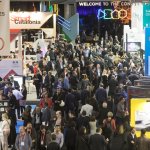 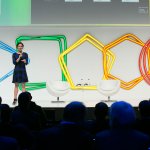 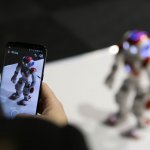 Barcelona’s Fab Labs, hosted by the Institute for Advanced Architecture of Catalonia, allow citizens access to the information and tools needed to innovate technologically, allowing their engagement with and informed participation in the city’s tech-driven smart city projects. 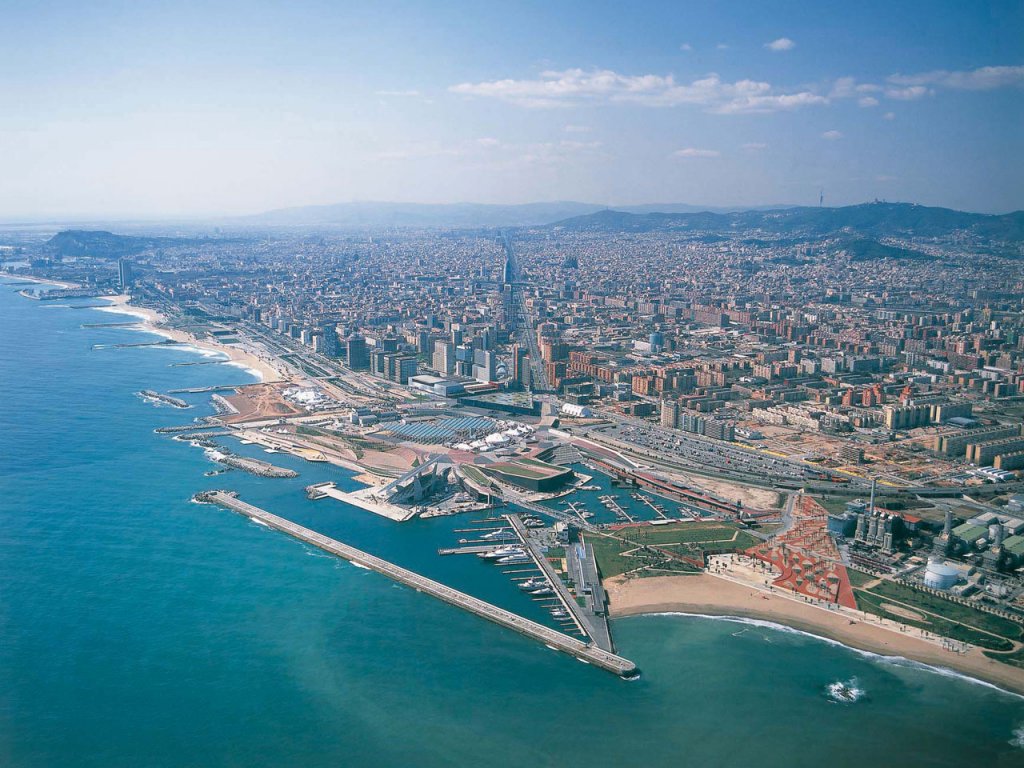 For those who already have the skills, Barcelona has created 22@Barcelona, a space designed to attract startups, concentrating talent in order to develop new technologies that make the most of the data being produced by its Internet of Things (IoT). By redeveloping an industrial area through a process that started in 2000, the city created 22@Barcelona, an area with green spaces, subsidized housing and mixed-use buildings where startups are putting public data to use in new applications and developing IoT technologies. In addition to fostering local companies, 22@Barcelona is attracting private investment. Cisco announced plans to invest $30 million in a new center focused on the Internet of Everything (IoE). For Cisco, this will be the third IoE innovation center, following developments in Brazil and South Korea, thus establishing Barcelona as a leader on the European continent.

Through investment in IoT for urban systems, Barcelona has achieved a wide array of benefits. From reduced congestion and lower emissions, to cost savings on water and power, to economic development, the city’s commitment to producing smarter urban infrastructure is changing the quality of governance and the quality of life for residents, workers, and visitors.