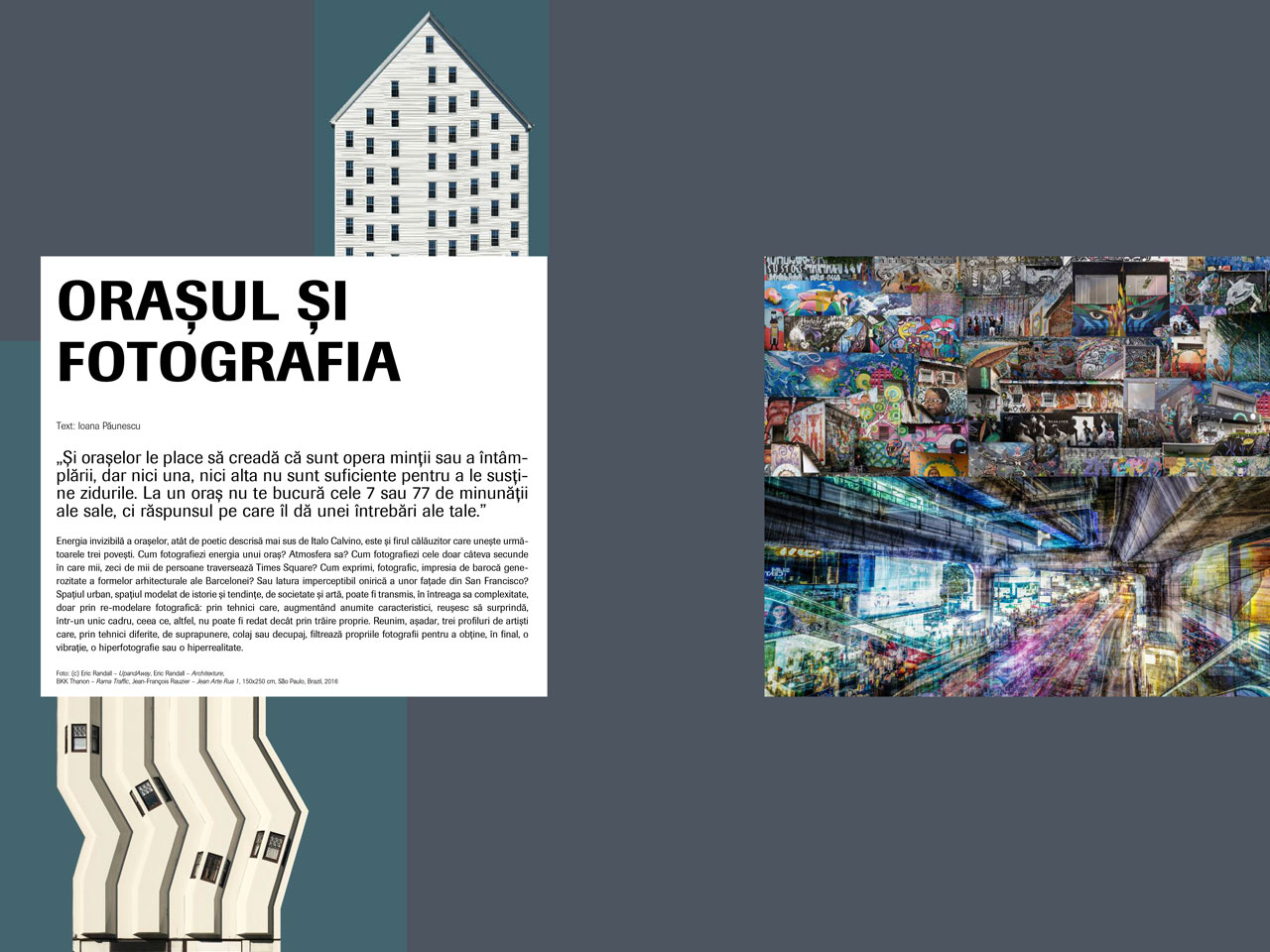 Photography and the City

Because sometimes architecture is the image itself, we start the year with a generous issue of IGLOO, more than ever under visual sight and hedonism. The whole graphic and editorial construction revolves around the theme of photography.

The city is transfigured through photography: deconstruction, hypervisions, utopias. 3 international photographers explore new formulas of photographic imagery of cities and their vibrations. From reality to illusion sometimes it’s just a … click.

„Cities also believe they are the work of the mind or of chance, but neither the one nor the other suffices to hold up their walls. You take delight not in a city’s seven or seventy wonders, but in the answer it gives to a question of yours.”

The invisible energy of the cities, so poetically described above by Italo Calvino, is also the leading thread of the next three stories. How do you photograph the energy of a city? Its atmosphere? How do you photograph the few shots in which thousands, tens of thousands of people cross Times Square? How do you express, photographed, the impression of Baroque generosity of the architectural forms of Barcelona? Or the imperceptibly oniric side of some faces in San Francisco? The urban space, the space of history and tendencies, society and art, can be transmitted in its entire complexity only by photographic re-modeling: through techniques that augment certain features, they succeed in translating into a single frame, which, moreover, can only be played back by their own living. We therefore reunite three art profiles that, through different techniques of overlapping, collage or cropping, filter their own photos to ultimately obtain vibration, hyperphotography or hyperreality. 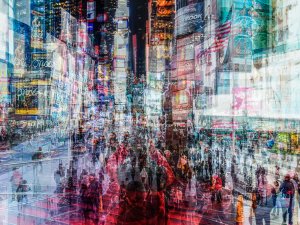 Laurent Dequick: Vibration of the city
Through a lasting overlap of cadres, French photographer Laurent Dequick, architect, captures the energy and dynamics of the urban space in the form of series called Vibrations. 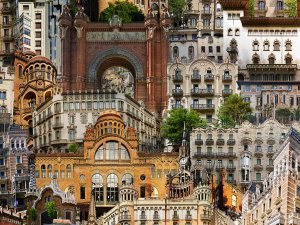 Deconstructing the reality and rebuilding it as a new world, Jean-François Rauzier virtually re-creates his photos. 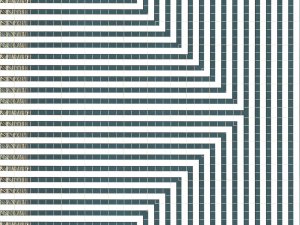 You can order here our latest issue*, igloo #182, focusing on architecture photography.