In radical and temperate forms, in a visionary and referential way, the architecture of  Wadden Sea Centre spreads its wings from the place where it is inserted, goes obliquely to reach contemporaneity and flies horizontally further, miming an enclosed flight on the ground.

One Place and many Encounters.

Where the tides meet the land, where the horizons meet the finite shore, where the landscape meets the built form, where tradition meets innovation, that is where the Wadden Sea Centre appears. At what seems to be the edge of the world, among ebbs and flows that have touched the Scandinavian soil for millions of years, in a natural setting with an overwhelming load and history, the building designed by Dorte Mandrup is like an obeisance to the context. The main body emerges from the ground, deviates obliquely with an elongated diagonal, at a reduced angle and then becomes parallel to the horizontals of the place: the terrestrial one and the skyline. The new sculptural gestures expand, convert and embrace the original building, following the typological profile of traditional farms on the west coast of Denmark. 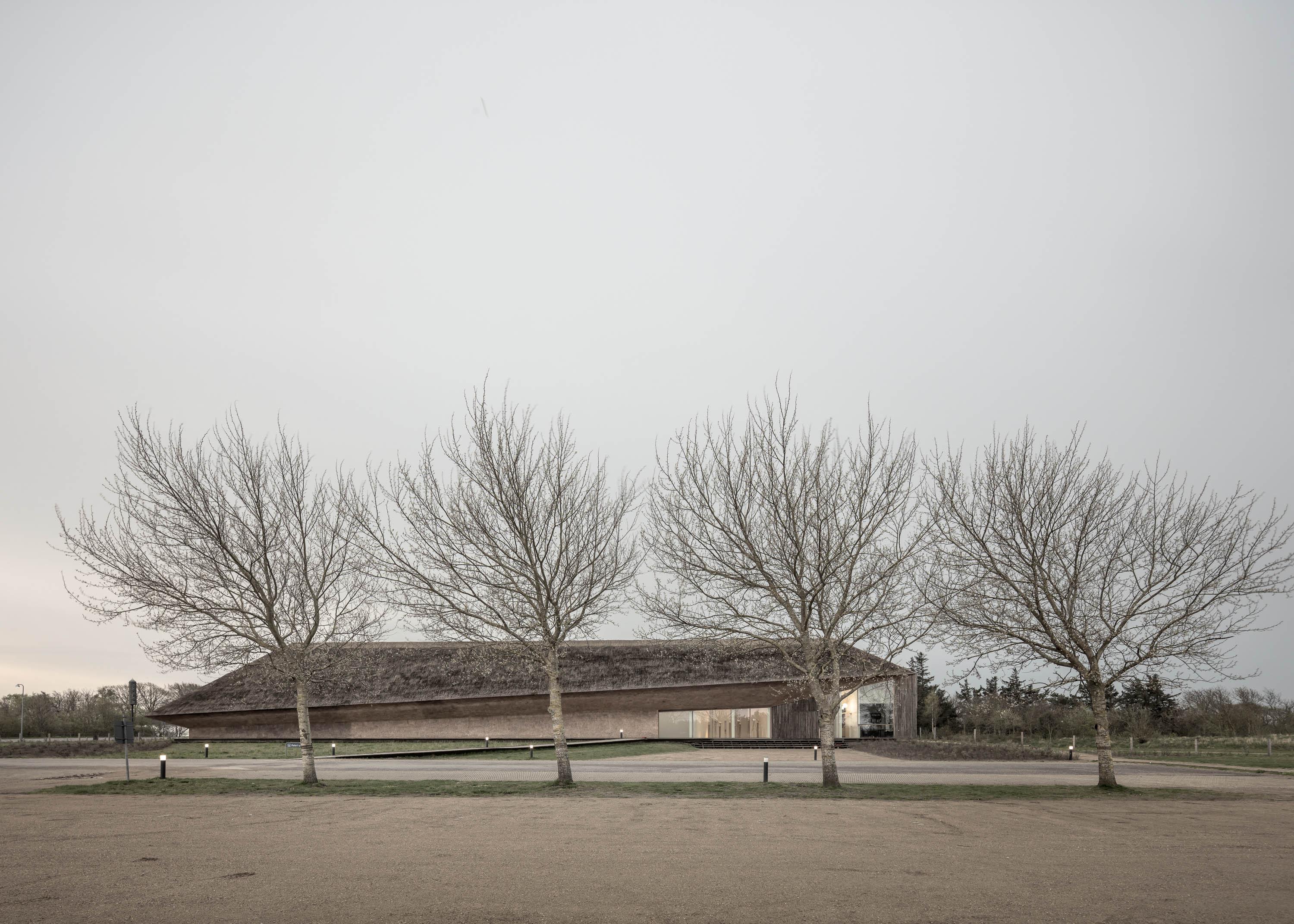 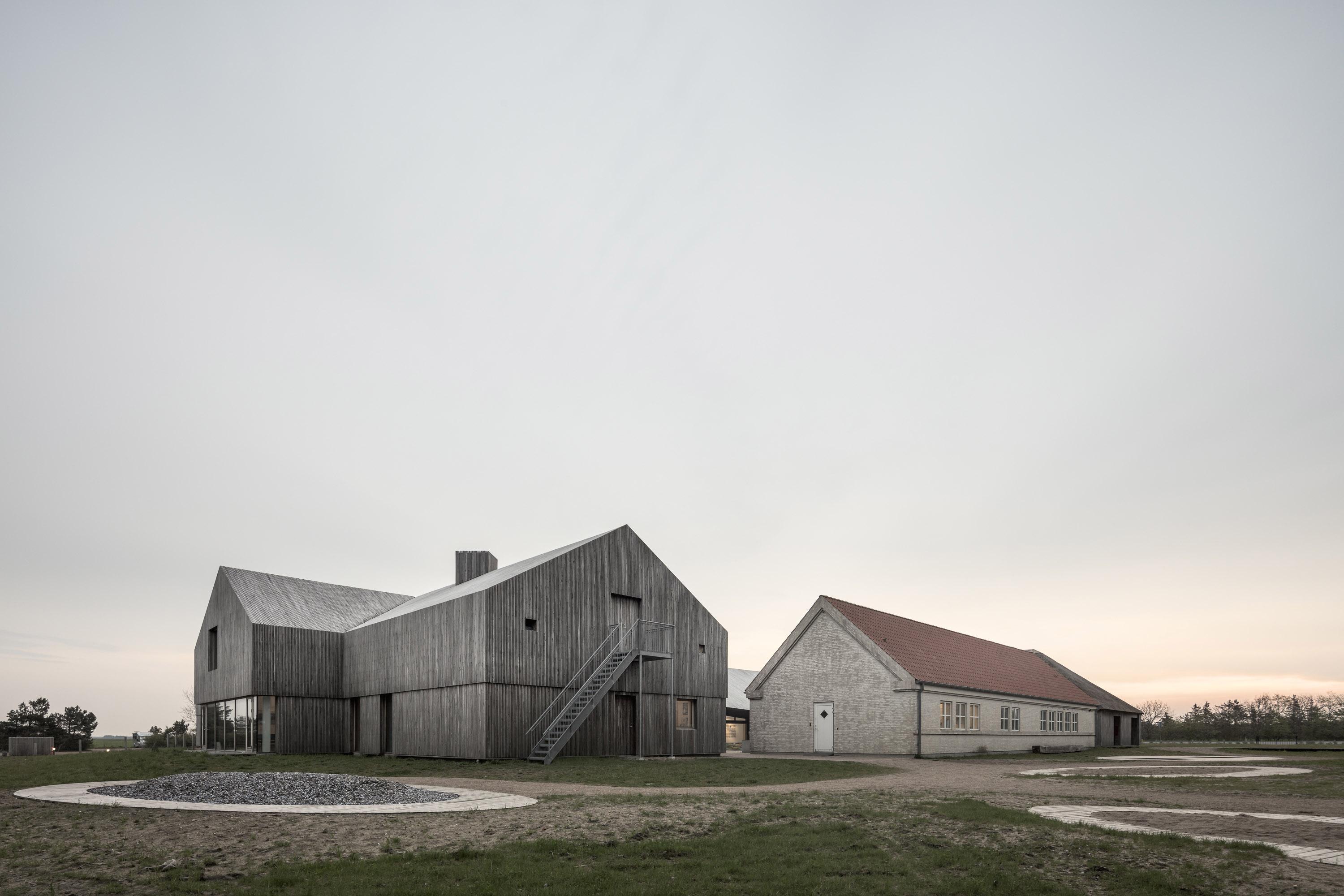 The newly created enclosure defines the space and surrounds it protectively, like a shelter in an open field. Wood and thatch wrap the contemporary construction in new forms, but the essence remains unaltered from the Vikings who used the same materials and crafts. The building resembles a palpable built island, with rough textures finely built-in, with precisely cut angles to create well-controlled intersections between surfaces that retain their vibration and irregularities. 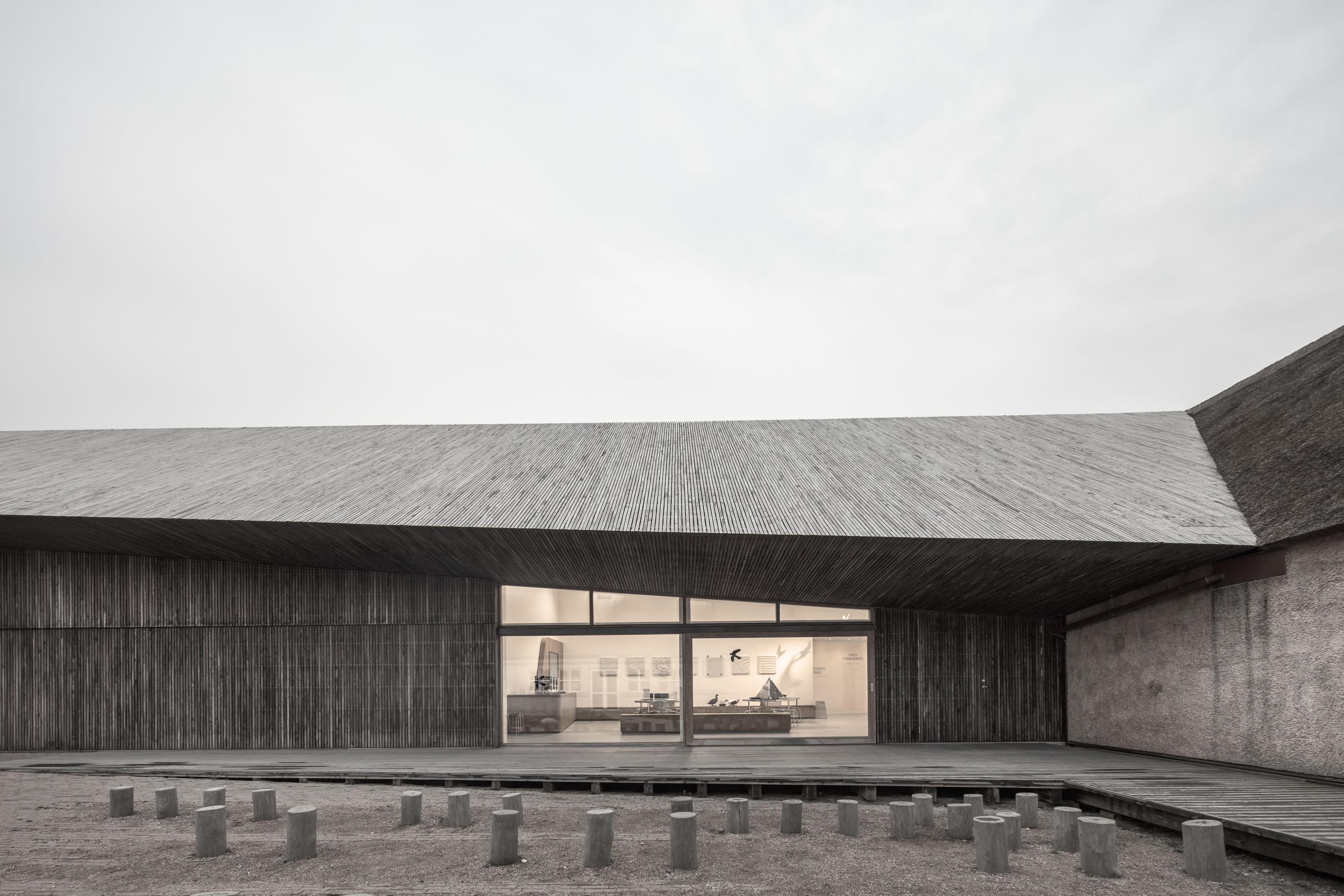 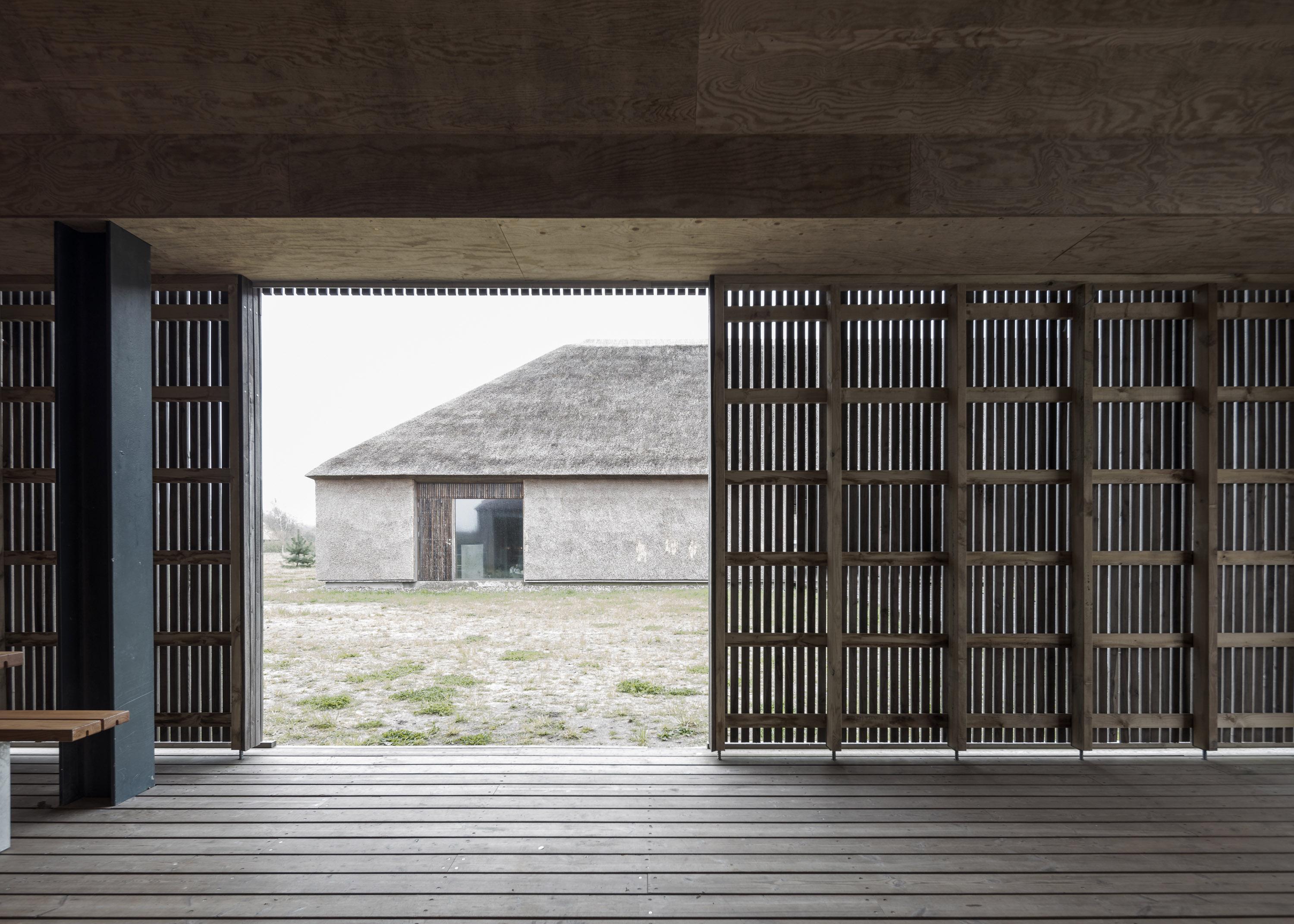 The choice of materials and design solutions reinforce the idea of a building emerging from the landscape, literally and figuratively. 25.000 bundles of water reeds were harvested from nearby inlets and turned into an envelope that absorbs salt from the sea air, allowing the building to inhale and exhale. Robinia, a high-density wood, enables the structure and cladding to be light and the environmental impact of the construction to be reduced, by using local resources. The glass panels that gaze widely in both horizontal and vertical directions are carefully arranged to meet the requirements of the program and the purpose of minimising energy consumption. 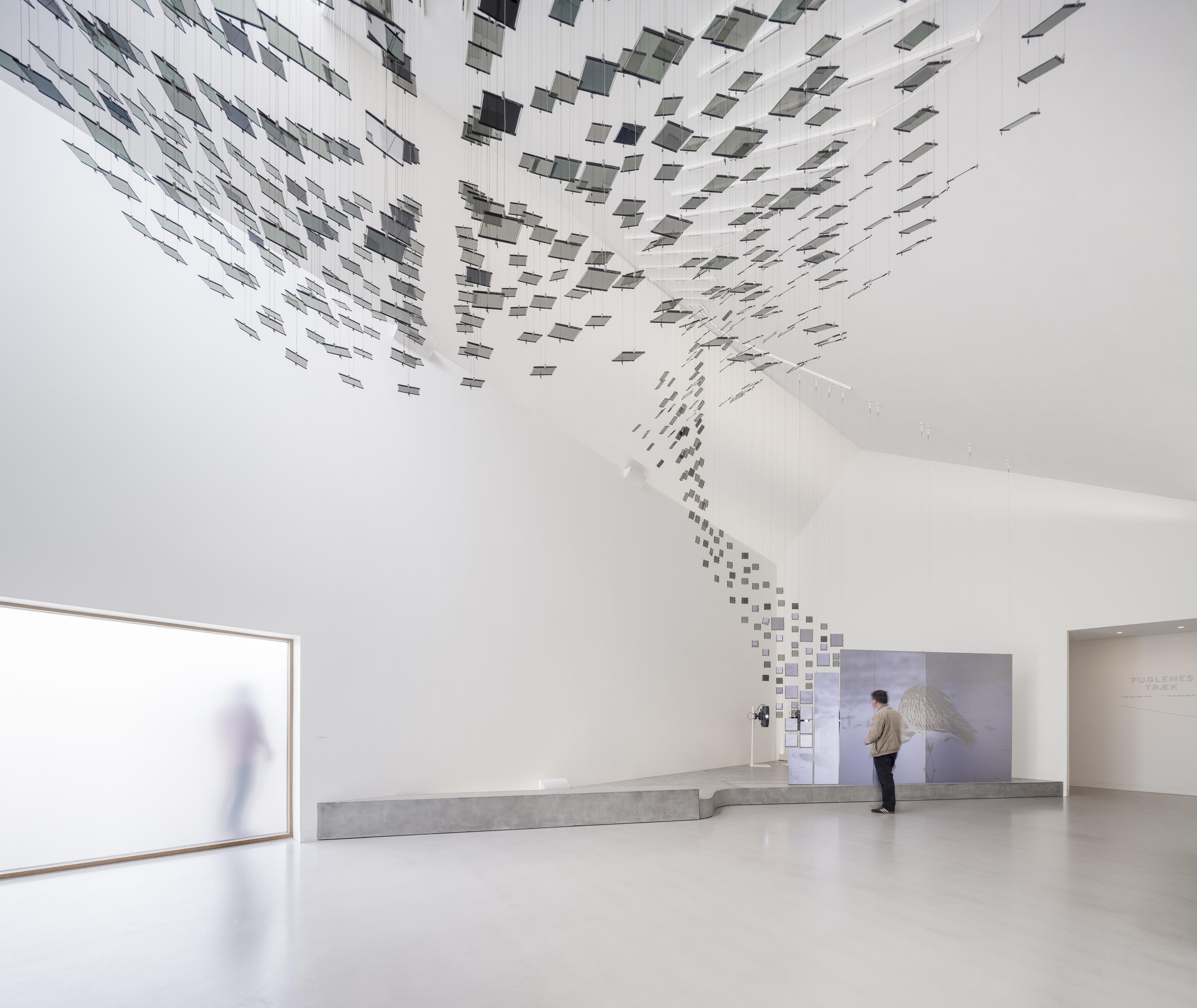 The Wadden Sea Centre is the gateway to a significant and unique natural resort in the world – part of UNESCO World Heritage – that, among other things, offers its ground to 15 million migratory birds to forage on their flight between North and South. The permanent exhibition inside the building is dedicated to this cyclical phenomenon through 7 themed rooms, with different geometries that permanently communicate with the outside world. The context seems blown inside like the wind, it is interpreted in architectural forms, by modelling the space, by the exhibiting the objects in a certain referential and concurrently original way. The landscape is framed, filtered, contained by the building that is born from it, contained in the cage of the enclosure and then released, at the end of the journey. The visitor is totally immersed in a world where everything merges, mingles, the outside becomes inside and vice versa. The building seems to have always been there and at the same time manages to be anchored in contemporaneity. It has strong roots in the constructive tradition of the place and aims diagonally towards the future. 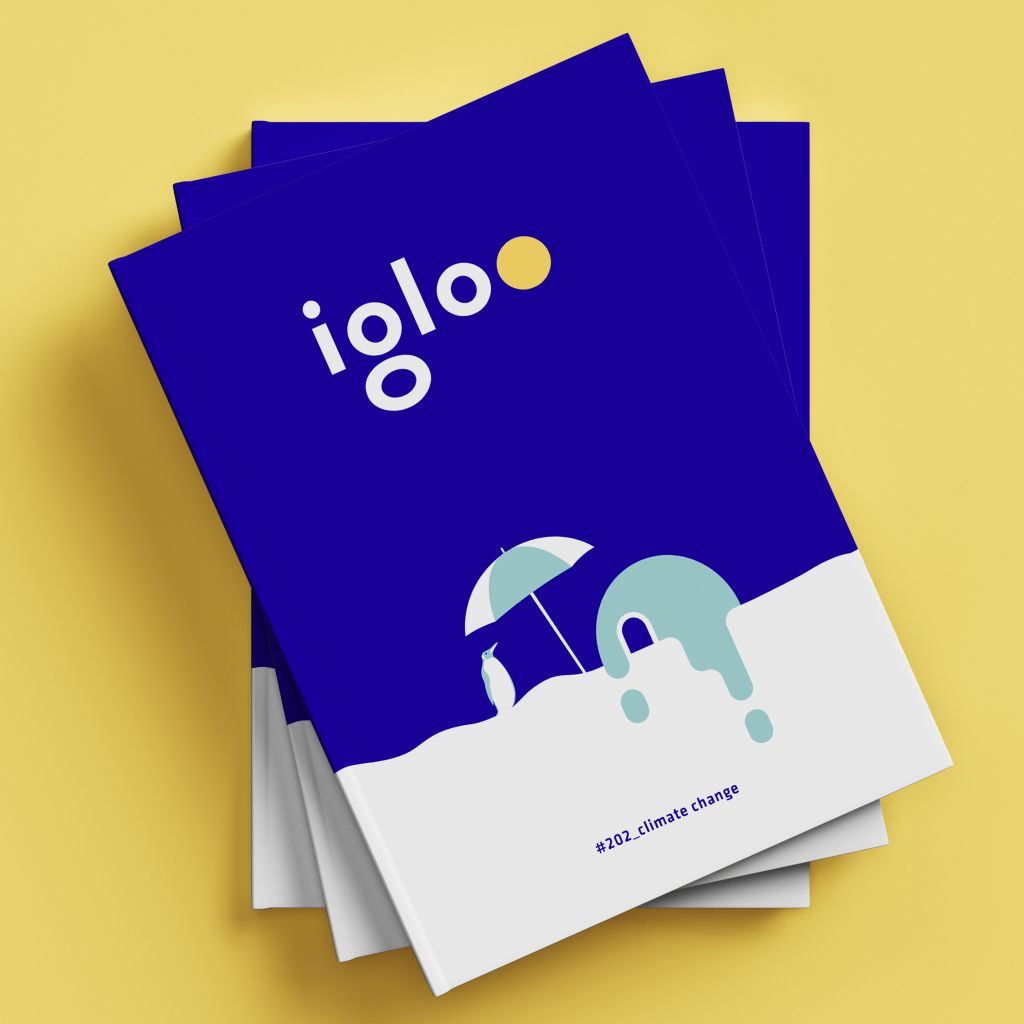