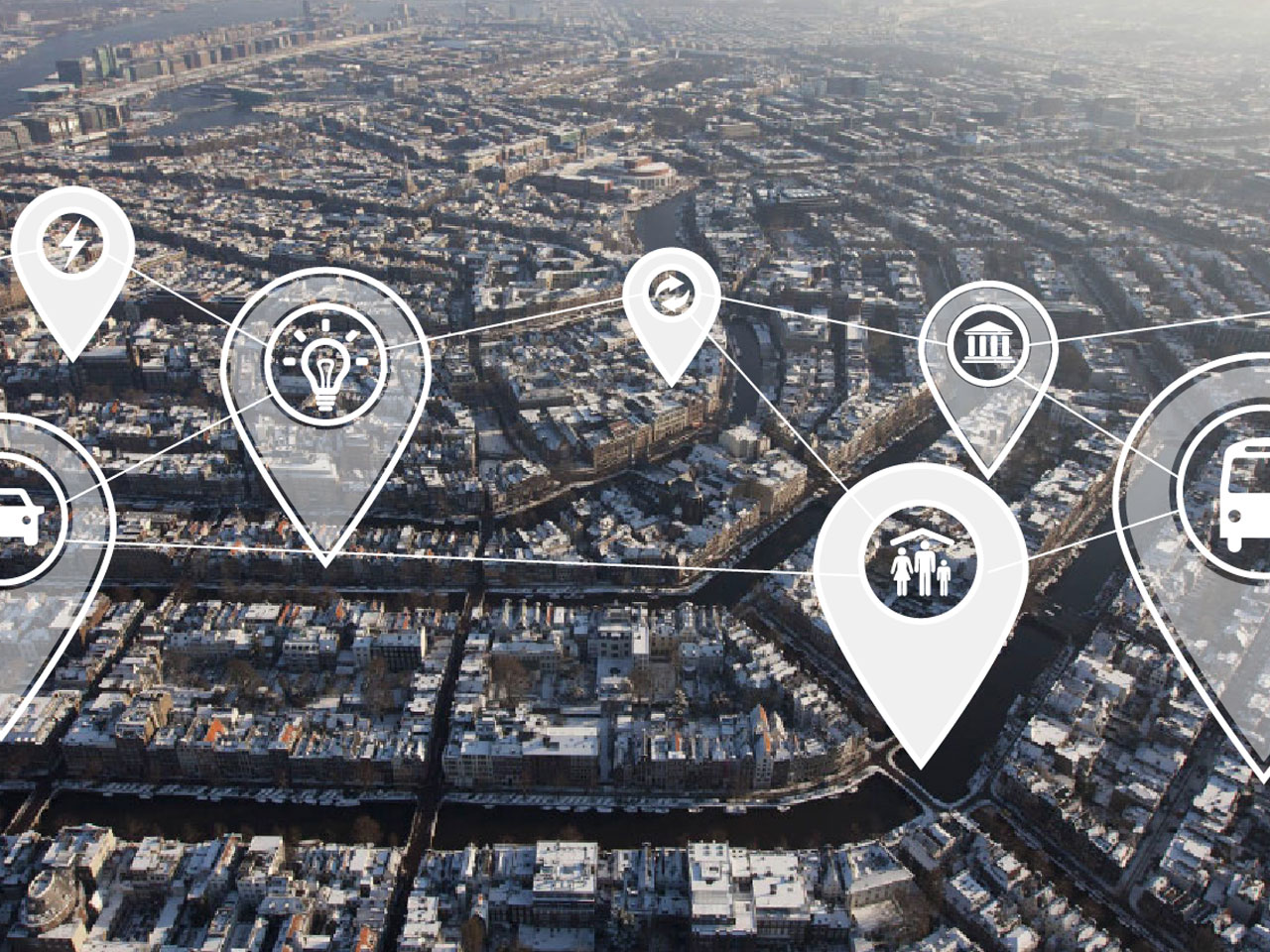 A Conversation with Tom van Arman on Amsterdam Smart City

Founder of Tapp, an award winning agency that since 2010 works with public and private partners to generate prototype solutions to solve urgent city problems, Tom van Arman is architect and urbanist using open data and applications to create more social, sustainable and resilient cities. He is also cofounder of CITIXL (City Innovation Exchange Lab created to design, test, implement and share innovative solutions for the cities), member of the board of Appsterdam organising hackathons and other tech-events for Amsterdam Economic Board and curator for Amsterdam Smart City.

In the following we find out more on the Smart City programmes he uses as a citizen, on the latest projects he is working on as specialist, and on the must-see smart city tours and projects that travellers can check around central Amsterdam. 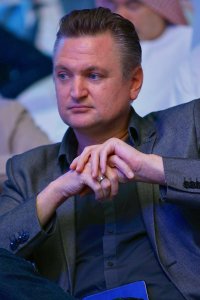 How would you define Amsterdam’s approach on finding solutions and implementing smart city projects?

Unlike most cities where the initiatives initiate at administrative level and are then tested, the smart projects are firstly tested in Amsterdam at small scale, together with the citizens. We experiment with the city and for the city, and we make the process visible and transparent so that everybody can see how ideas are working and can be implemented in the future, here and elsewhere.

You live in Amsterdam, so which smart ideas, apps or facilities are you using on daily basis?

My home is part of the Greenspread virtual power plant in the Nieuw-West district of Amsterdam. Greenspread was designed as online platform to aggregate people’s production and consumption of solar energy and to store the surplus locally. Also using solar panels and battery I can charge my second hand PostNL bike from DeliveryBike.com to get to work. There’s another project in Amsterdam related as well to renewable electricity and new mobility, called Vehicle2Grid – a technology that enables electric cars to be used as batteries on wheels, for example to power households.

Amsterdam is also a pioneer city in mobility innovations. Could you please give us an example.

There are many but maybe one of the most spectacular to mention right now is the Roboat, a future fleet of autonomous boats. 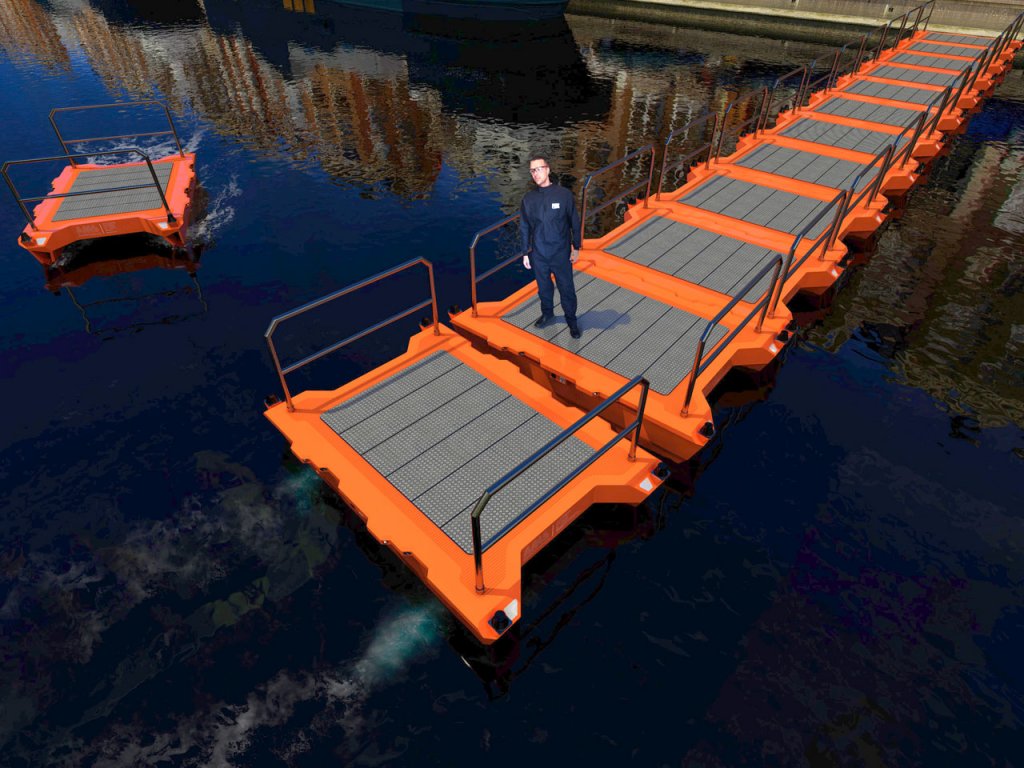 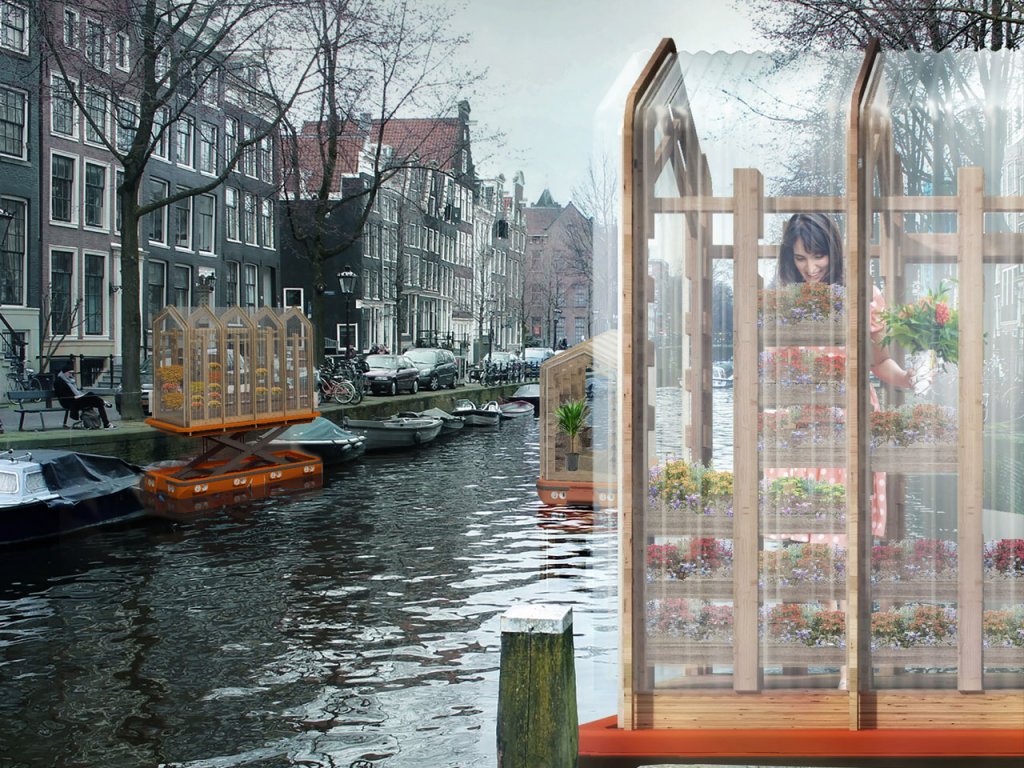 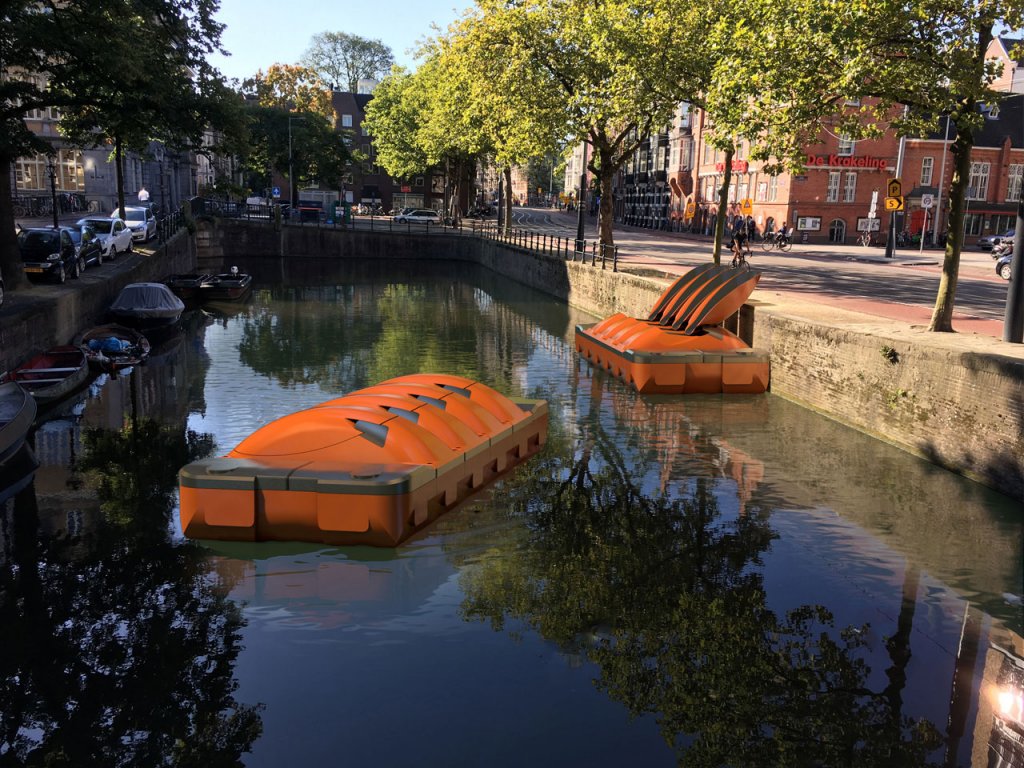 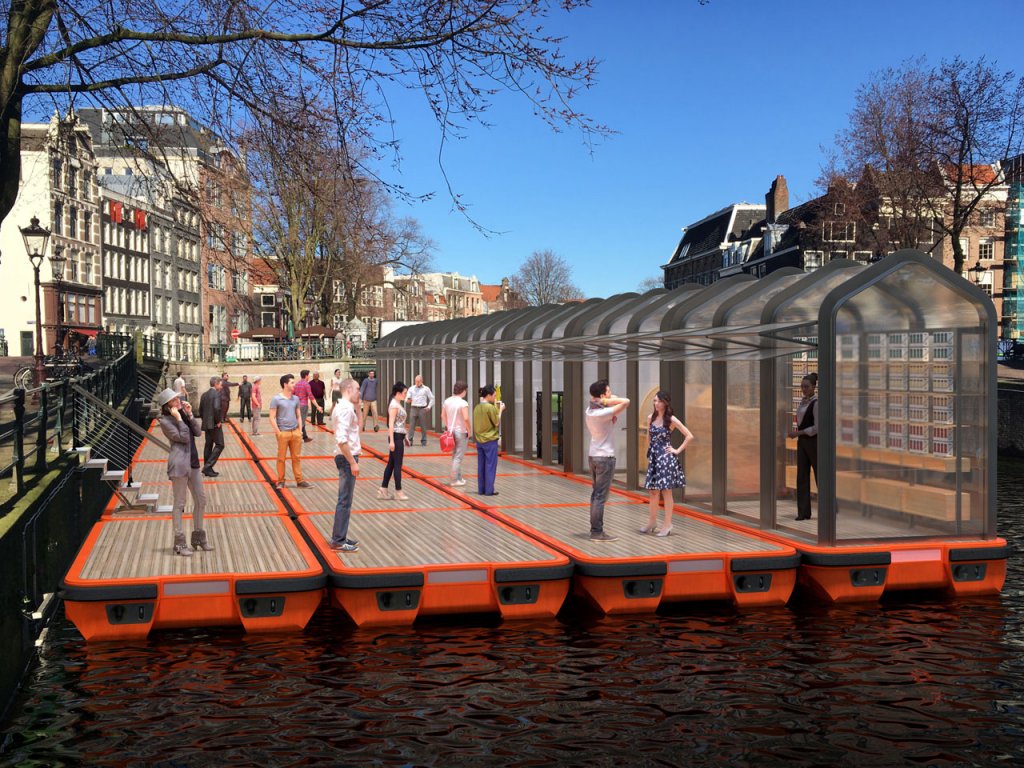 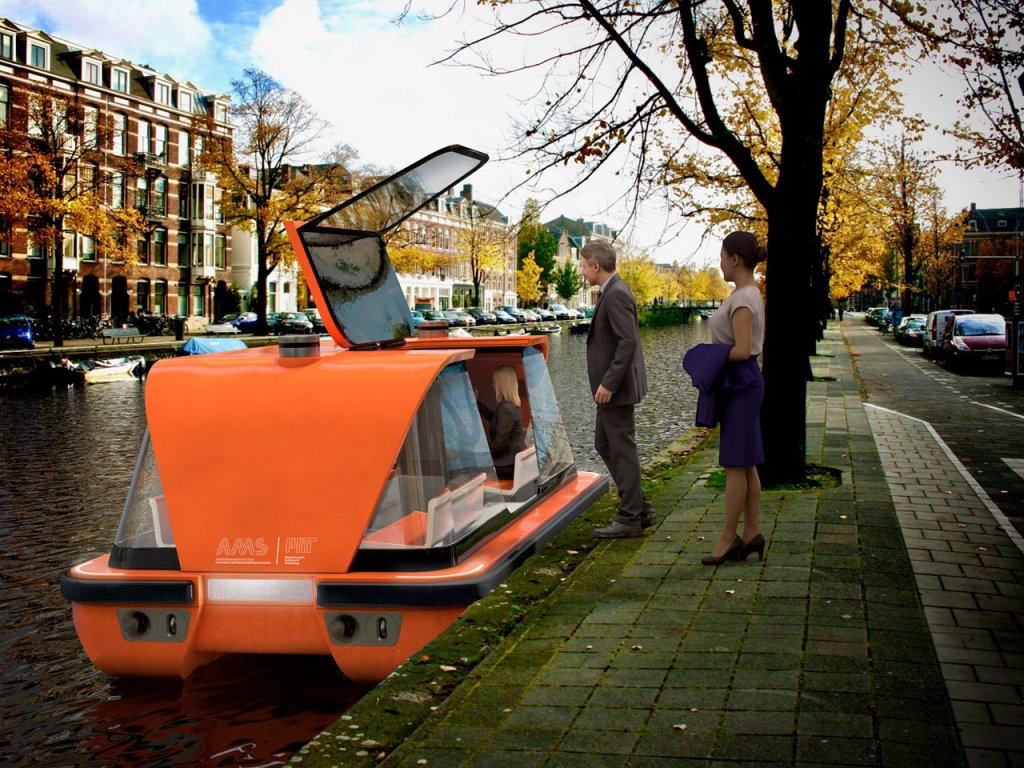 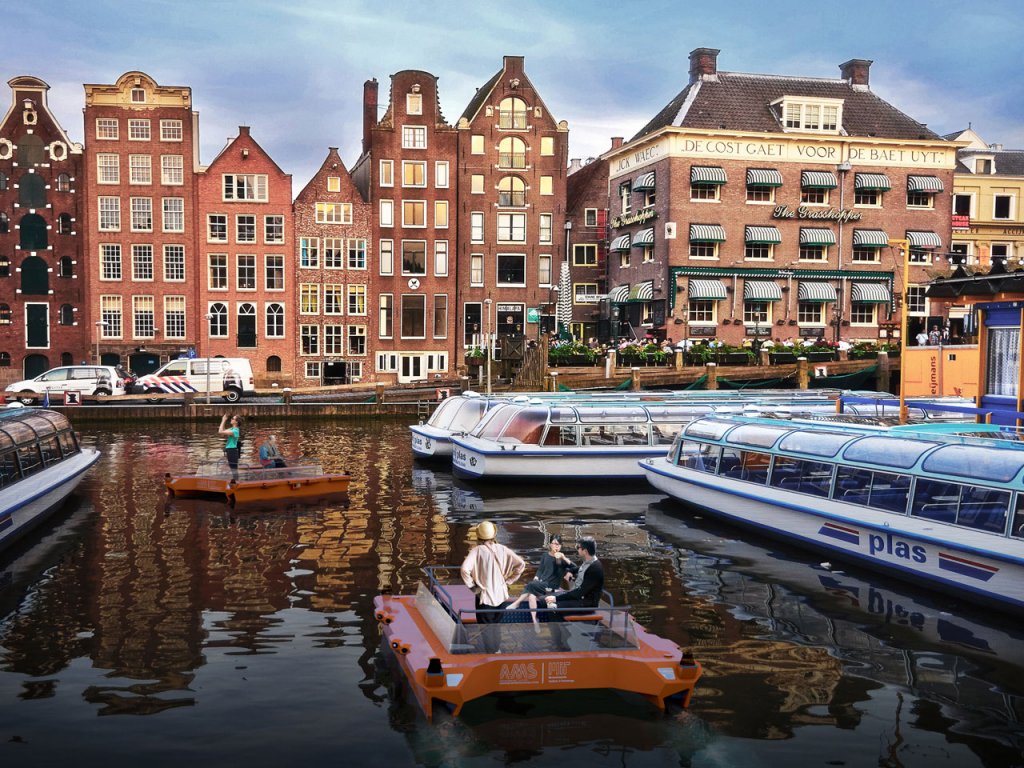 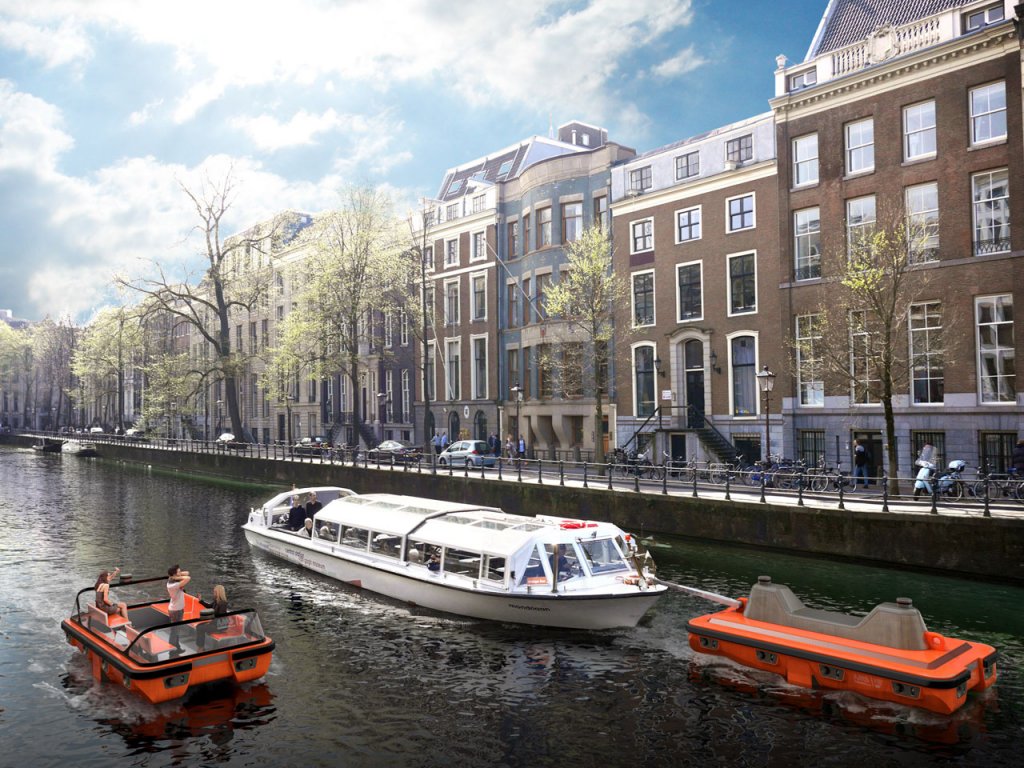 Their main goal is to improve the traffic on the canals whilst offering enormous collateral possibilities. A Roboat will enter for instance a certain canal delivering parcels and then exit the city loaded with the household waste from residents. The fleet will also be used for exploring environmental sensing, for detecting certain environmental issues at an early stage or for helping with local issues such as finding a more efficient way to handle the huge number of bicycles, estimated at around 12,000, that end up in the city’s canals each year.

For us foreigners coming to visit the city, would you please recommend some must-see Amsterdam Smart City projects?

Well for architects and urbanists I recommend you start with a safari. The Smart City Safari Tour is a prototype Augmented Reality app to show some technologies that are vital to our future cities, but normally invisible to the public eye. 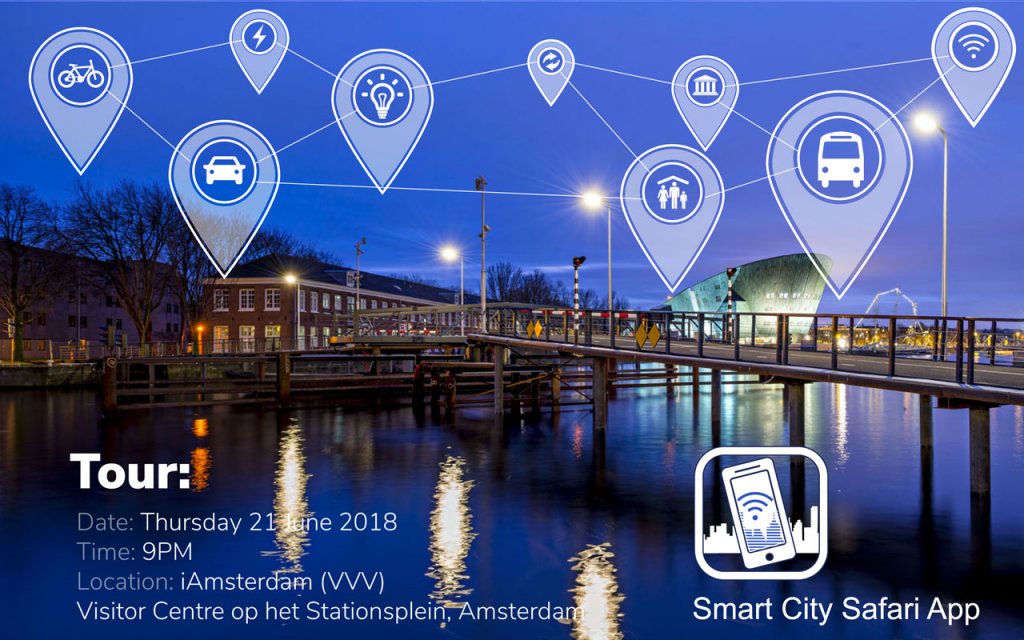 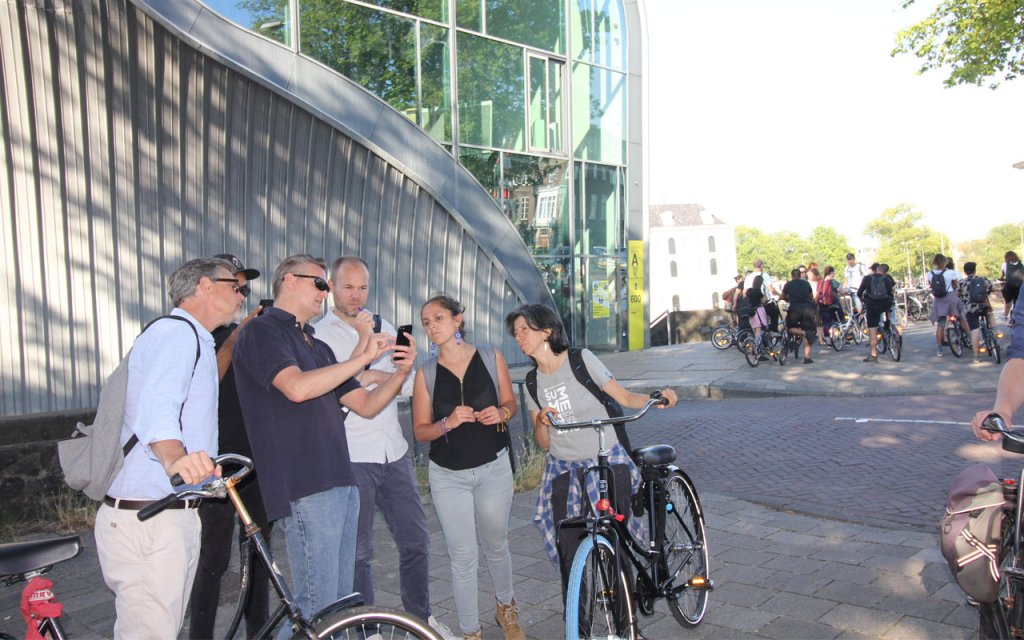 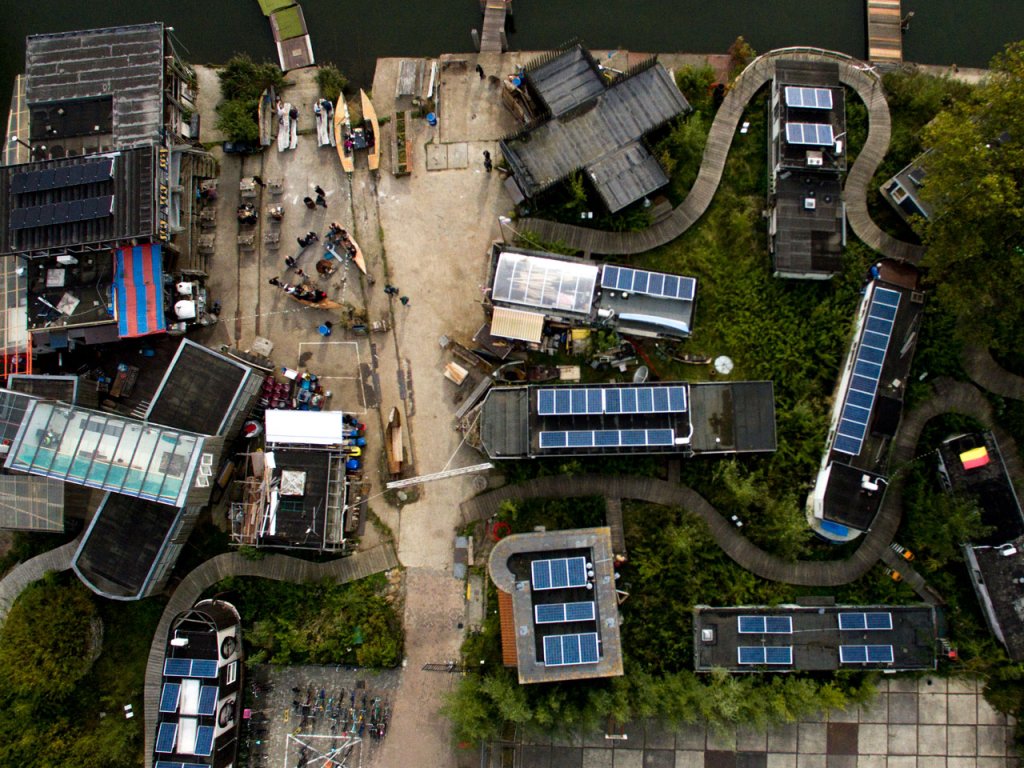 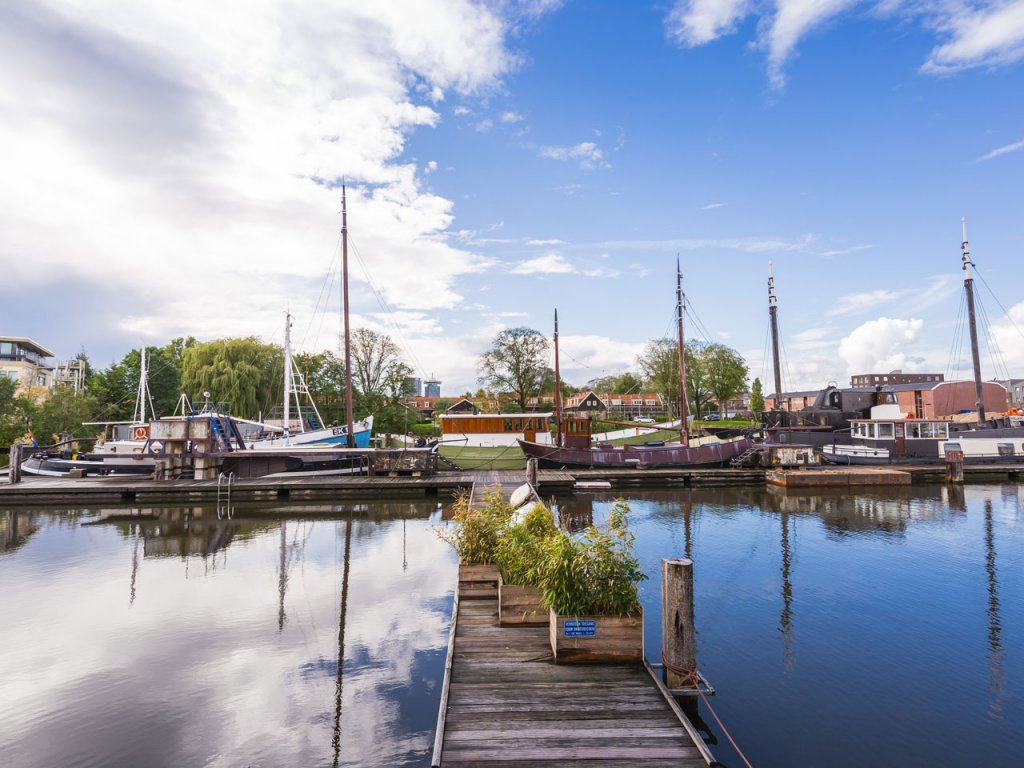 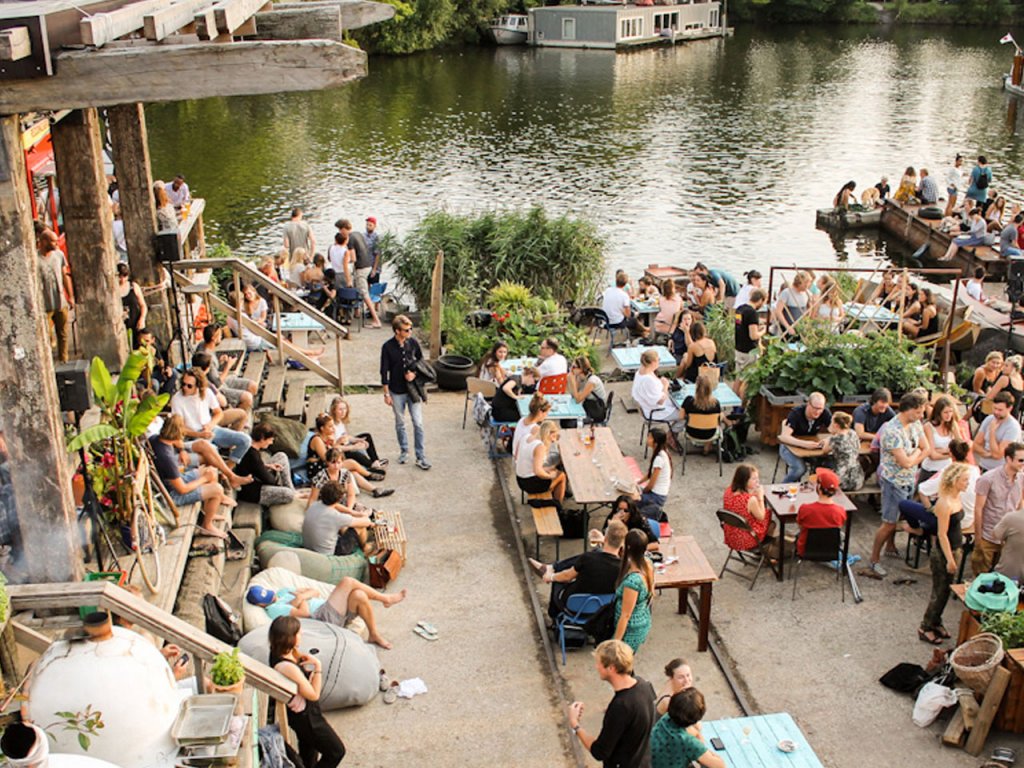 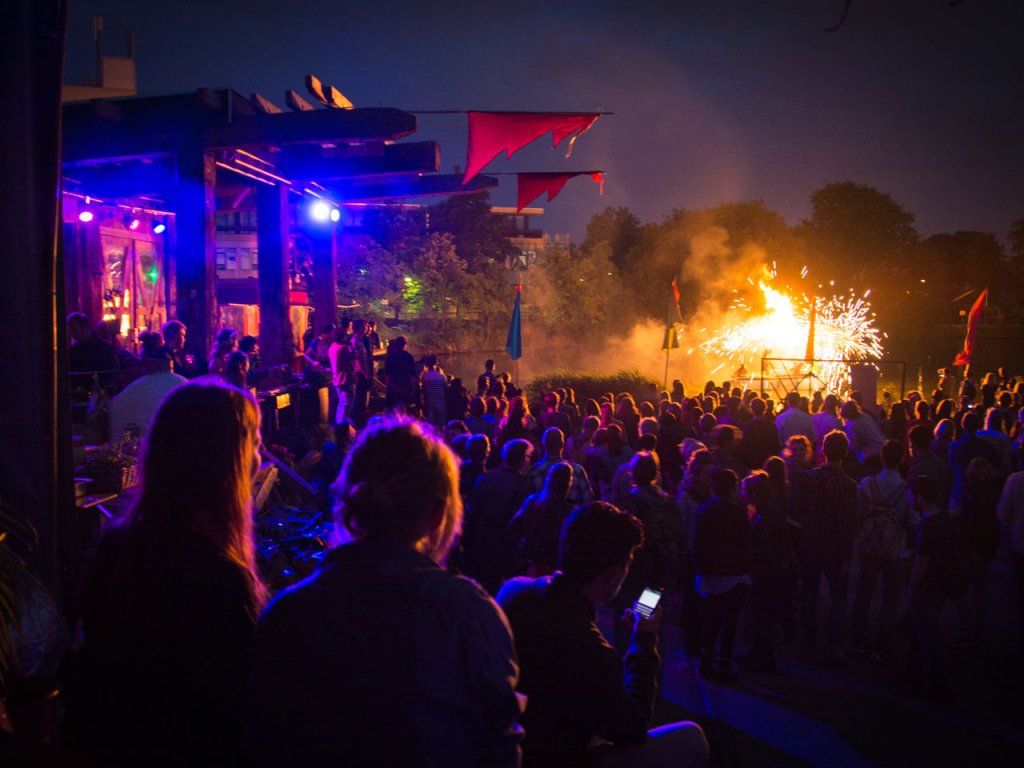 The plot of De Ceuvel hosts creative workspaces, a cultural venue, a sustainable café, spaces to rent, and a floating bed & breakfast. After De Ceuvel won the tender from the Municipality of Amsterdam, the land was secured for a 10-year lease on which a team of architects and urbanists, engineers, creatives and social entrepreneurs built the new creative hotspot together.

Other innovative workspaces worth visiting could be Makerversity Amsterdam, a pioneering community of maker businesses, and MX3D – they develop ground breaking robotic manufacturing technology and they are now creating the 3D-printed 12-meter-long stainless steel pedestrian bridge which will be crossing one of Amsterdam’s central canals by 2019.

Your visit should also include the Amsterdam Innovation Arena hosted by the building considered as the most sustainable sports arena in the world, as it runs on solar power; the Waag, who are focusing on technology as an instrument of social change; Metabolic, a consulting and venture building company that uses systems thinking to tackle global sustainability challenges. And last but not least, CITIXL, in which I am involved and working together with Paul Manwaring from IoTLivingLabs – a platform connecting multiple cities and their citizens to design, to prototype, to test and implement and then share innovative solutions for social impact. The project is designed to help the interaction between cities and their people and create Living Labs to crowdsource solutions in communities. CITIXL works in partnership with Amsterdam Chief Technology Office.

What are you working on at the moment?

I am currently involved in various projects and I’d like to mention two, for now. The first is the Smart Water Meters for which we partnered with Daegu Smart City of South Korea and will be testing 15 LoRa Enabled Smart Water Meters in De Ceuvel, location which will be our living lab, and we will determine just much water each boat is consuming on a detailed level. In the future we hope to develop an app or online platform so that people can actually pay exactly what they use and credit water to each other via block chain. This summer in the Netherlands we have a national emergency of water shortage – which is an imminent threat to all cities around the world – so we now have the opportunity to test the solution to credit water for each other which would be one of the best possible answers to this threat. 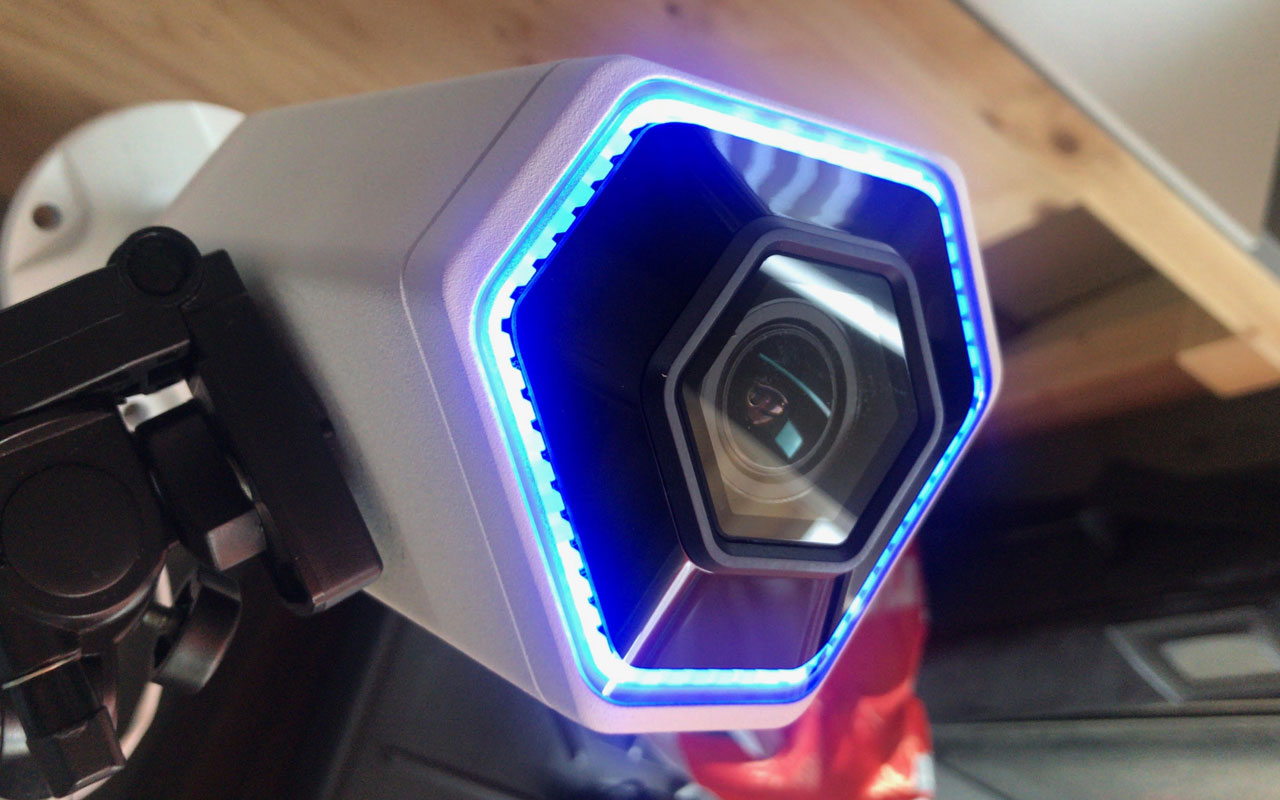 Also, we are now involved in an interesting project with Umbo smart cameras and at CITIXL we ran, together with Makerversity and the Marineterrien, an experiment regarding the future of our neighbourhood cameras. The experiment took place during the We Make the City festival and was intended to measure the public’s reaction to controversial privacy issues relating to camera surveillance and systems. 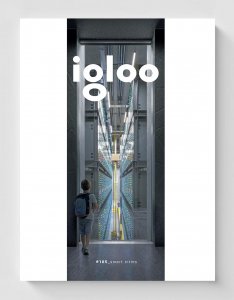