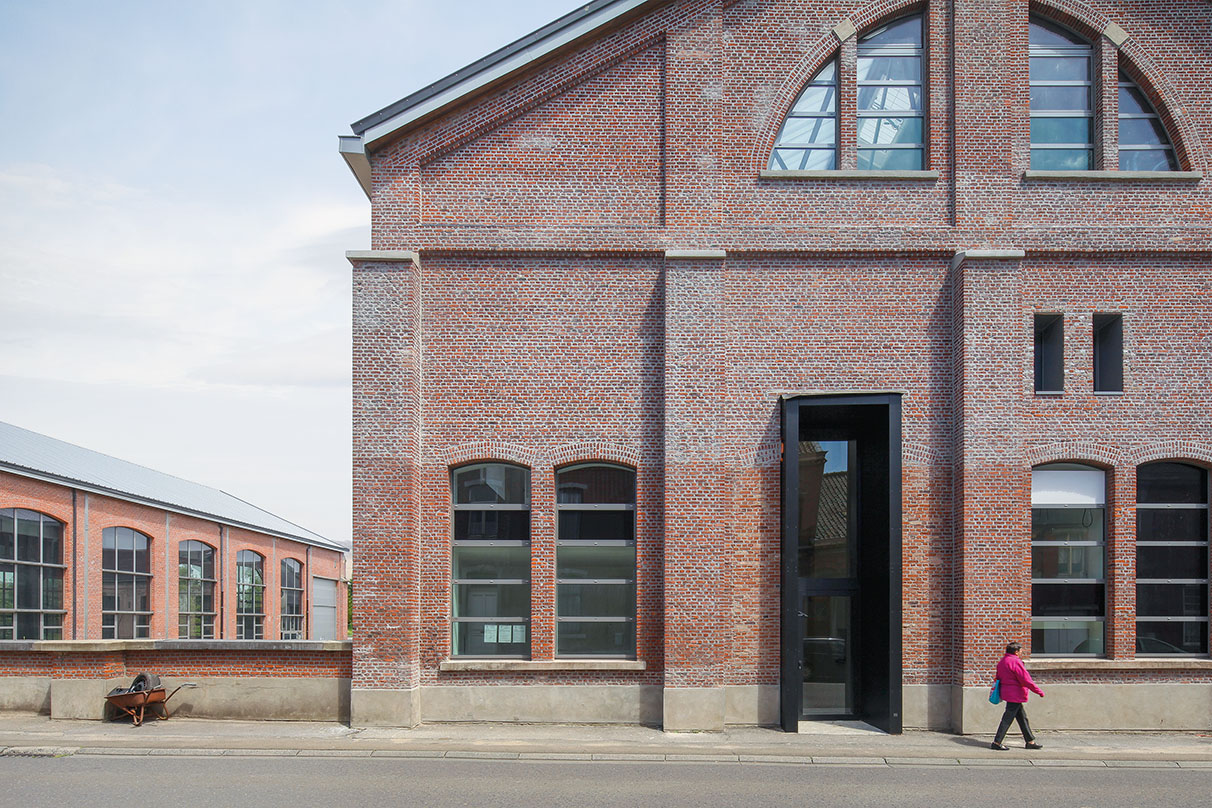 Social Housing Inside the ARSENAL Hall

The rehabilitation of Industrial heritage buildings is a Europe-wide theme. Most of the factories, plants and industrial halls built in the 19th century are no longer in use, and their territory is reclaimed by the evolution of the cities. Buildings with s specific functional aesthetics, such as industrial halls, tell their stories with dignity, while waiting for their architecture to be rediscovered.

Initially conceived as ample workspaces, with generous structural openings, often free of support elements throughout their entire distinctive section, halls are a type of building typical of Industrial heritage. Most of them were built in brick, outside the limits of the cities that ensured their workforce. They were given wide windows with beautiful framework and were covered with metal roof girders. Even during the Industrial Revolution era, these buildings had to present a beautiful image, in accordance with the progress that they were representing. They were in use for a whole century. Today, all over Europe, these industrial halls are being transformed into conference halls, exhibition spaces, museums and galleries, jazz clubs, office spaces and creative hubs, and even hotels or housing spaces.

The ARSENAL Hall in Pont-à-Celles was rehabilitated and trans‑­formed into an ensemble of 24 social housing units. The team of LRARCHITECTES worked for 8 years on the conversion project, a type of open theme that, with each stage, brings satisfactions, as well as new problems to solve. We found out from the project authors that the main challenge of the conception, designing and building of the housing units inside the former industrial hall of the Arsenal was the human scale. 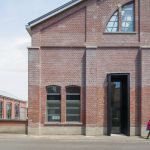 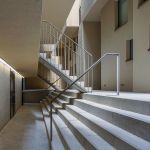 The project concept starts from a social desideratum with a profound human charge. The main idea was the transformation of the corridor typical of an apartment block into an interior street. The project proposes a great common room, consisting in a multiple height hallway, shared by all the floors. This hallway becomes a meeting space for all the users and represents the backbone of
the project.

The interior street introduces the spatial concept of the social housing units inside the rehabilitated and converted Arsenal industrial hall.
“This element offers, at the same time, a meeting area, an improvement of the existing building and a legible space that brings natural light into the corridors” – LRARCHITECTES.

The imagined street frees the core of the building and provides access to each apartment, through multiple stairs. Tall, generous, and bathed in natural light, it allows the old industrial building to draw in a breath of renewal. 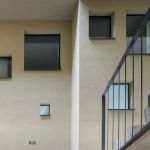 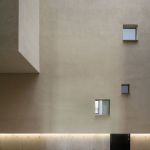 The interior façades are provided with jutties. These mark the individual housing units and lessen the feel of too large lengths, bringing the walls of the central space to a human scale. The small scale spatial sequences maintain each unit’s privacy and contribute to the identity of the place.

Set up along the two long façades of the industrial hall, the housing units open to the exterior through the existing windows, kept intact, as well as to the interior street. The day and night areas are separated according to the same rule: the day functions face the exterior, while the night spaces are disposed towards the interior of the ensemble, with a view to the interior street. The social housing units inside the Arsenal hall create a lively, convivial and well-populated space inside an Industrial heritage building.