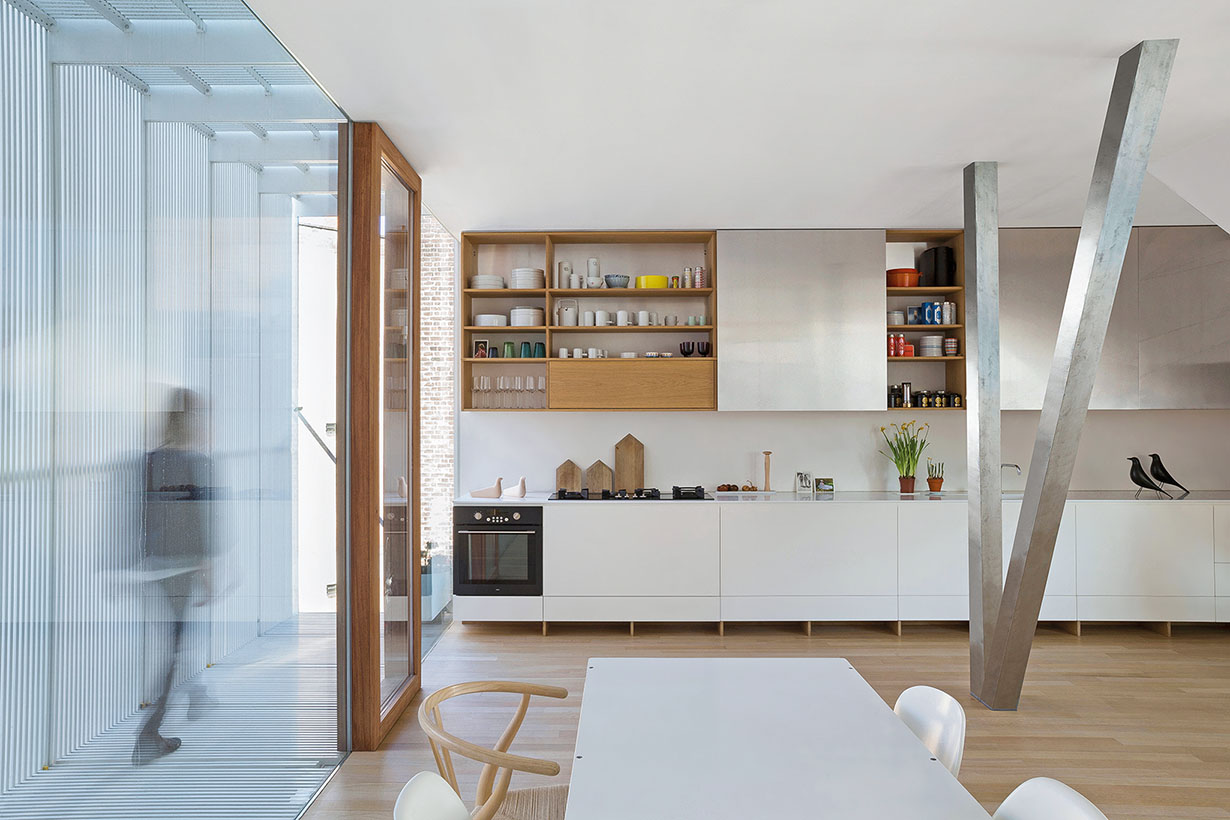 The Dwelling on the Roof. The M + D House

“Translating a new way of living in the city – where space is limited and migration to rural areas or outside the historical center is substantial – is the approach of families in their thirties” – Martiat+Durnez architectes.

The residential building designed by architect Joseph Bage in 1936 is located in a square, opposite the University of Liège and Meuse, right in the historical center, and initially had two upper floors. Through the addition of a dwelling on the roof terrace, it went through an interesting transformation whose story is worth being told.

Thus, in 2008, having annexed the ground floor of the neighboring building, the owner of Al’binete (an organic food store) commissioned the architects of Martiat + Durnez with the project of extending the commercial space into the ground floor of the 1936 building. Attracted by the potential of the building’s terrace, the architects acquired floors one and two, and rehabilitated the building, installing their office here, but they also built a duplex on the roof terrace, for them to live in.

Sibrine Durnez and Francois-Xavier Martiat offer an original response to the densification of the city, imagining a rooftop dwelling, which offers an alternative of architectural credibility to the centrifugal urban migration. 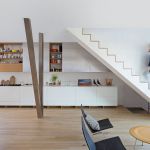 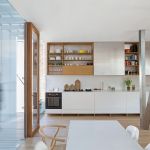 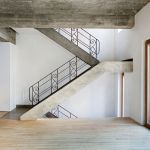 The 20th century building has a high ground floor and two levels of housing with a modern, temperate beauty. Towards Place Cockerill, the street alignment receives, through the body of the building, an accent in the form of a controlled bay window, unfolded over the ground floor on both floors. This element is engaged on an asymmetrical vertical axis whose position is reminiscent of the Fibonacci sequence.

“The challenge of the project consists in the formal translation of the two added levels, which had to meet the criteria of urbanism and the expectations of the architectural firm, in order to offer a new spatiality of equal value to the perspectives towards the outside” –  Martiat+Durnez architectes.

Possessing many architectural qualities, the Joseph Bage building expresses its identity, in the words of the architects of the new intervention, through a particular language. The building’s structural principle allows the addition of new floors, but also the removal of separating walls from the existing floors. The intervention, initially planned for the roof, starts from the condition of the initial volume, which embodies a break in scale from the context, and then evolves step by step. 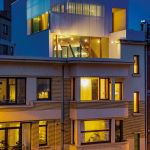 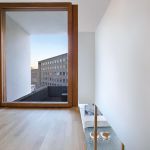 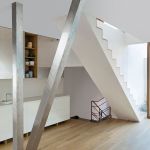 The extension stands out through a discreet gesture of consolidation of the cornice line of the street alignment, and through the articulated connection of the duplex housing to the existing staircase volume. The expressivity of the added volume, its language and composition, clearly affirm a contemporary language capable of dialoguing with the original 1936 architecture. The fulls and voids of the existing building, the materials that alternate and resume rhythms and horizontal registers, are continued with a new image, articulated by the new compositional dialogue.

Each space has the most readable geometry possible. The facilities and equipment are assimilated to the existing surfaces with a minimal or absent expressivity. Each interior space is physically opened to an outer space. The last level of the existing building houses the architectural office. The first floor is kept in its original state. As we move upwards, the stair opens, the platforms are cleared, the structure is exposed and the perspectives open generously. The spaces are linked in sequences and open views, and the interior partitioning is reduced to a minimum.

The abstraction of the conceptual approach, the compositional theorizing that pushes the sizing of the elements to the extreme, the relation between the scales and proportions, the projection towards the outside and the expressivity of the interior materials all reveal, in the Maison M + D, the complexity of an architectural approach in an intervention of small physical scope, but very high relevance.