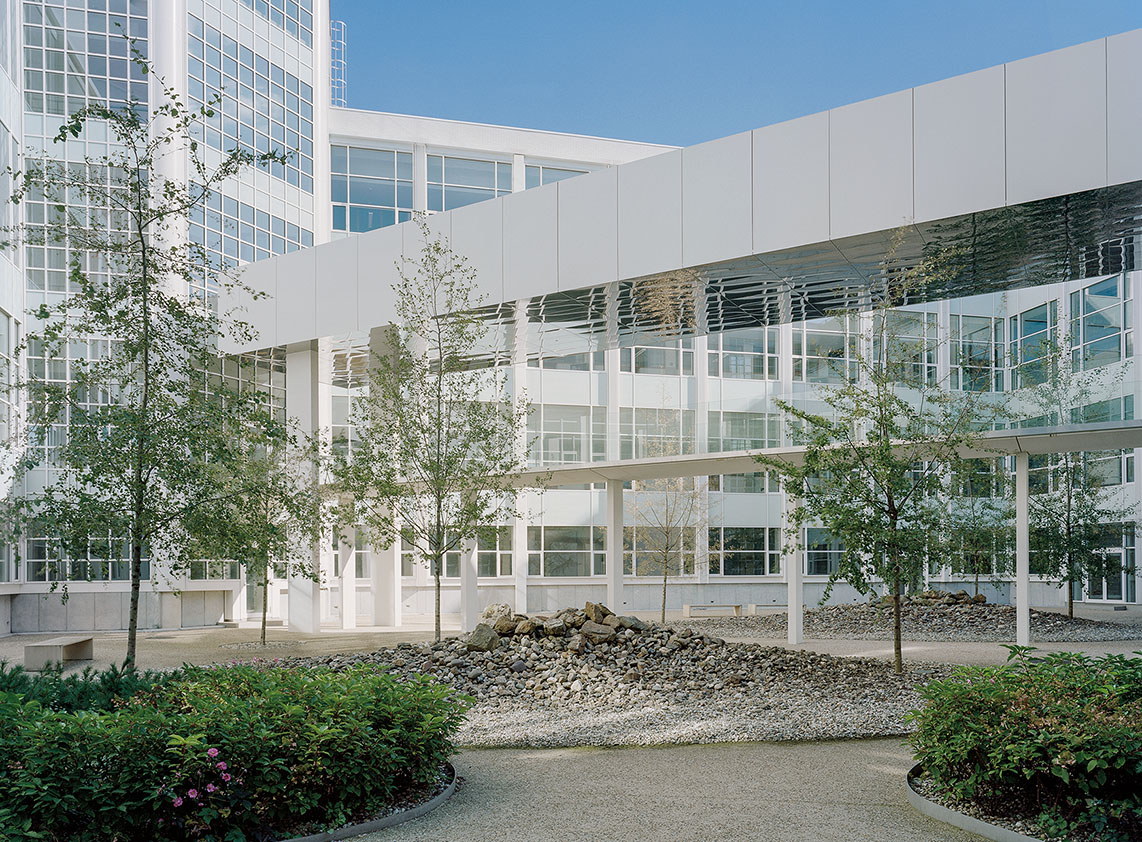 Modernist Heritage Given Back to the City – Génie Civil

The Val-Benoît ensemble of the University of Liège was built between 1930 and 1965 on the site of a former Cistercian abbey, partially destroyed in 1796 and totally by the bombings of the Second World War. The former Institute of Civil Engineering (Arch. Joseph Moutschen), an emblematic building of Modernist architecture in Liège, was renovated and transformed into a park of economic activities.

The project is a collaboration between three Belgian design teams: Baumans-Deffet, Alain Dirix and bureau d’études Lemaire, whose theme was the renovation of the building originally intended for higher education and its conversion into office spaces, workshops and conference rooms. Although it is not listed in the records of the Royal Commission for Monuments, Sites and Excavations of Belgium, the building of the Institute of Civil Engineering is an example of Modernist heritage.

We learned from the authors of the renovation and conversion project that, during the design stage, one of the essential themes was the attempt to maintain the exterior image with the energy re-qualification of the building, respectively its thermal insulation. The Commission was consulted, right from the study and concept phases, to validate the solution that did not affect the aesthetic aspect of the façades, in the interest of heritage safeguarding.

In the existing building the outer envelope bypassed the masonry, while the steel walls and the windows were placed between the reinforced concrete pillars, constituting more and more thermal bridges. Therefore, the architects proposed, within the current project, two separate interventions: the insulation of the opaque walls from the inside and the offsetting of the new glass façades towards the exterior, in order to include the entire reinforced concrete structure inside the heated volume. 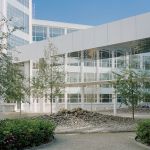 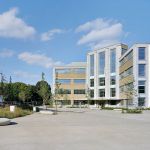 ”The central space is crossed by two overlapping walkways. The lower one contributes to the fluidity of the circulation systems. The upper walkway offers all users a large terrace that invites relaxation and informal gatherings”– Baumans-Deffet.

The structural features of the frame construction system (pillars and beams) emphasize, through generous openings and spatial flexibility, the availability and adaptability of different uses over time. The empathy of the open space is an element of the identity of the Modernist building and was generously rendered, in contemporary key, in the new layout. 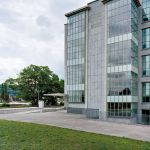 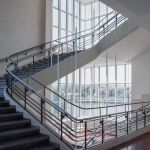 Respecting, through a deep understanding, its initial qualities and its value as a Modernist heritage building, the space and the exterior envelope of the Institute of Civil Engineering were completely redesigned. This double architectural intervention, of renovation and conversion, achieves a “very low energy” performance level, contributing to the building of a sustainable city.

Compensating for the behavior of the glass façades, as well as the interior insulation of the walls, obviously required a good dose of technical creativity and was studied in collaboration with the Matriciel office of the University of Louvain-la-Neuve. “The offset of the façades towards the exterior offered a double advantage,” says Bernard Deffet. “It solved many thermal bridges at the level of the columns and plates, and, in addition, released a technical space that allowed the invisible integration of the solar shades and the insulation of the interior frames.”

In order to maintain the rhythm and modulation of the façades,  the traces of the old columns were suggested through the installation of the vertical U-shaped elements, made of white lacquered aluminum sheets.

The Institute of Civil Engineering has large glazed façades, oriented towards the four cardinal points. The possibility of the South and West work areas becoming overheated was another challenge. Therefore, the architects opted for an exterior solar protection system parallel to the façades. They chose the Schüco CTB aluminum blind slat system.